Topics include Transportation, Things to Do, Dining Scene, Australia: For Foreign Visitors & more!

Wollongong: Wollongong is a city of about 250,000 on the east coast of New South Wales, about one hour south of Sydney.

Historically the area was first settled by the wodi wodi aboriginal tribe, and the aboriginal name means " hard water near ground". It is said that Captain Cook attempted to land  here in April of 1770 but was unable to land due to tough and unstable conditions at sea.

In the 1940s, Wollongong used to be a very Industrial city.  Some of this can be seen in the industrial area of Port Kembla which is still a major employer in the region. Recently,  Wollongong has become more a modern and vibrant city.  It is the location of a major university -- the University of Wollongong -- another major employer.

The city offers a variety of great restaurants, accommodation and attractions.   The best part of Wollongong is probably the beautiful beaches along the coast (as seen here). 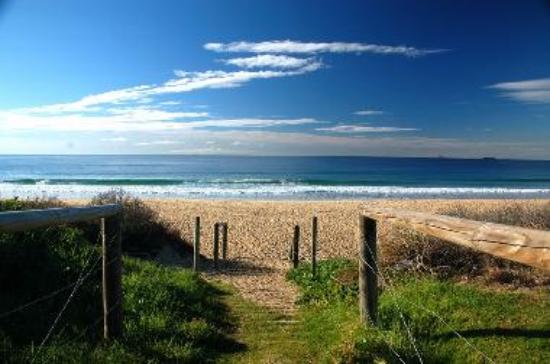 The hilly escarpment on the inland side makes for wonderful views down to the coast, like this. 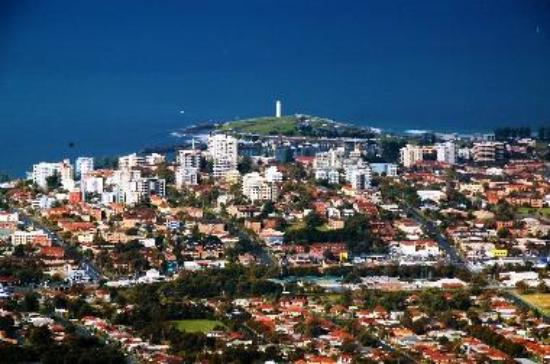 The escarpment also provides a nice option for bushwalking.  Wollongong also offers a variety of other active recreational activities including surfing and parachute jumping.

For tourists, the area's proximity to the 4 million people in Sydney means that the area is now being sold as a getaway destination, often as the "Leisure coast."   It is accessible by rail from Central Station in Sydney (hourly or better).  To drive from Sydney, you can either take the highway or the Grand Pacific Drive. For spectacular scenery travel down the Pacific Drive which starts from the Royal National Park south of Sydney and skirts the coast to Wollongong.  The scenic route takes almost twice as long, but it more than twice as nice.  Plus, there are many interesting places to stop along the way -- from scenic views in "the Royal" to small town cafes in the towns along the way such as Stanwell Park and Bulli.  For a compromise, take the Southern Freeway, cut off through Stanwell Tops, and then drive south through  Stanwell Park, Austinmer & Thirroul.