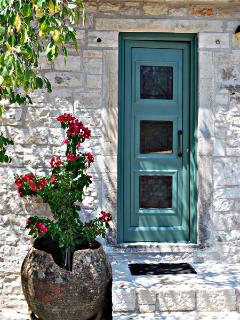 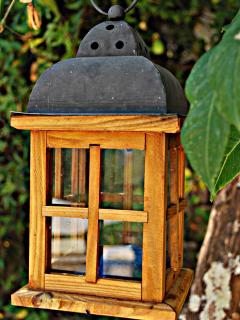 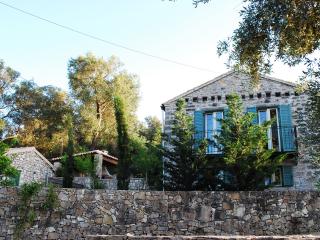 Excellent - based on 6 reviews
Write a Review

My dealings with Gerasimos and Mika were faultless. Communication was very efficient and very pleasant in the lead up to our stay.

Mika kindly met us off the boat from Corfu and drove us from the port at Gaios to the house, which is located near a tiny village called Fountana. "Village" might be an ambitious description, as it was just a couple of tavernas and a small shop at a cross roads. But the shop is a very useful amenity (particularly if you don't have a car, which we didn't) and we had the most wonderful meal of the holiday here, at the white taverna (can't remember what it's called, but you'll know which one I mean) - excellent service and delicious, traditional food.

We made our way without a car by walking and using the bus service which runs 3-4 times a day. But everyone uses cars and mopeds to get around because there are A LOT of hills. Walking to Gaios or Loggos from the house takes just under an hour, but of course driving would take no time at all.

The house was fantastic and well equipped. Suggestion: some sharp knives would have been useful when we were trying to prepare our fish for the barbecue! We were also given a bottle of wine for my partner's birthday, which was very kind.

The only negative thing was the warm evenings and the lack of air conditioning. We were concerned about mosquitos so wanted to keep the windows shut. There are fans in the bedrooms but they are a bit loud and don't quite do the trick. The first couple of nights we slept rather badly with the lack of properly circulated air, but eventually got used to the atmosphere and the sound of the fans whirring. A small complaint and there's little we can do about warm nights!

All in all it was a really positive experience and we would rent from myPaxos again. Very accommodating.

Date of stay: September 2014
Travelling group: Spouse/Partner
Would you recommend this hotel to a friend?   Yes.
Was this review helpful? Yes
This review is the subjective opinion of a Tripadvisor member and not of TripAdvisor LLC.
Problem with this review? Thank you. We appreciate your input.

Amazing villa for friends or family with a very cosy style.
Also has parking, barbeque and wifi.
It is in the center of the island and near to all big villages.
I will visit it again for sure!!! :)

Date of stay: July 2012
Liked best: Decoration, style and cleanliness
Liked least: The view
Travelling group: Friends
Would you recommend this hotel to a friend?   Yes.
Recommended for:
Was this review helpful? Yes
This review is the subjective opinion of a Tripadvisor member and not of TripAdvisor LLC.
Problem with this review? Thank you. We appreciate your input.

London, United Kingdom
Reviewed 23 June 2014 for a stay in August 2012
Date of stay: August 2012
Liked best: The location of the property gives the opportunity to calm and relax, away from the overcrowded city center
Travelling group: Spouse/Partner
Would you recommend this hotel to a friend?   Yes.
Recommended for:
Was this review helpful? Yes
This review is the subjective opinion of an individual traveller and not of TripAdvisor LLC nor of its partners.
Problem with this review? Thank you. We appreciate your input.
Previous Next
1 2
Updating list...
Do you own a holiday rental? List it here.

Looking for a place to stay in Magazia?
View all 9 holiday rentals