US$90
View deal
Free cancellation until 21/06/26
Reserve now, pay at stay
Booking.comUS$91
PricelineUS$91
TravelocityUS$90
View all 11 deals
* Prices are provided by our partners, and reflect average nightly room rates, including taxes and fees that are fixed, known to our partners, and due at time of booking. Please see our partners for more details.
changingworship
Leeds, United Kingdom
17772

We love the F1 hotels and use them all the time when touring France on the motorbike. To all intents and purposes they're a generic bed for the night with a communal toilets in an industrial estate at cheap cheap prices!

This F1 is in a quiet and green location with birds singing in the trees. The receptionist is really friendly and gave us lots of tips for the local area. The rooms are immaculate!! Awesome!!

See all 40 reviews
Nearby Hotels 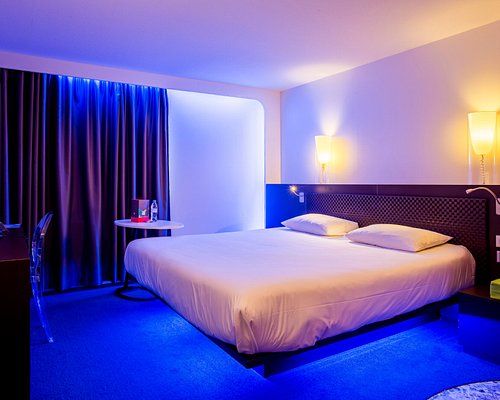 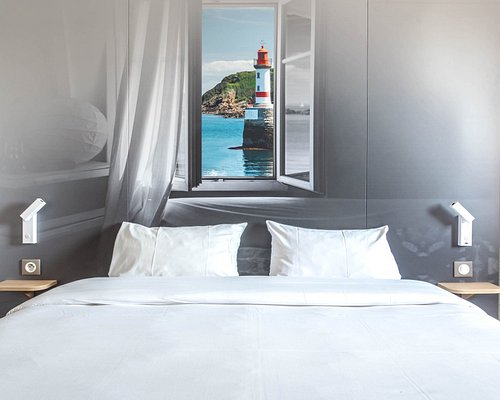 We stayed one night at F1 Caudan and it was the worse experience ever. We booked a non smoking room, which reeked of tobacco, even bed linen stank of nicotine. In the morning we were greeted by staff not with "bonjour" but "ne pas d,eau" NO WATER. There was no running water in the building, so toilets unable to flush, no shower facilities, not even able to have a cup of coffee. No apology, NO REFUND. We hightailed it out of there as quick as possible to find toilet facilities elsewhere. This place should be CLOSED DOWN asap.

This review is the subjective opinion of a TripAdvisor member and not of TripAdvisor LLC
ade b
Kingston-upon-Hull, United Kingdom
159
Reviewed 18 July 2012 via mobile
Theres Basic and then there's F1!!

After a long drive from Bordeaux we stopped at Caudan F1 as it was late and short on funds, reception staff was helpful and spoke English better than my French! We chose a non smoking room, which was small but ok, no en-suite, as expected, but not have all the WC and showers in working order is poor, the receptionist seemed to be preoccupied with laundry, two out of the four WC not working, in one the light kept turning off 5 seconds after entering! and one of the shower rooms un-useble due to pubic hair soiling the basin!!!!! And not just a stray one or two!!
We chose not to have breakfast as our expirence is that for less you can get a decent hot breakfast in the ubiquitous McDonalds, in the morning the cleaning girls were ignorant and only one said hello, i know its a small thing and im not blaming them, i guess its symptomatic of the F1 mentality!

Ask ade b about hotelF1 Lorient
1  Thank ade b