“Relaxing and easy”
NjdUXzM4X05RMQ==
other travellers have booked this property 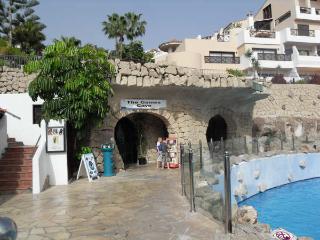 Excellent - based on 25 reviews
Write a Review

Date of stay: June 2015
Liked best: Royale Parque Albatros itself
Liked least: The TV's with
Travelling group: Extended Family
Your age range 50-64
Would you recommend this hotel to a friend?   No.
Recommended for:
Was this review helpful? Yes
This review is the subjective opinion of a TripAdvisor member and not of TripAdvisor LLC
Problem with this review? Thank you. We appreciate your input.

We wanted a relaxing, unchallenging break in the sun and this fitted the bill. The description of the apartment is spot on and I would add that it is in a nice position, on the end so you don't feel so hemmed in. In fact, our balcony seemed unrivalled in size! In past years we have rented villas with private pools in quiet/remote areas so this was a new experience for us, but we found the resort and area quiet. Yes planes fly over but they were not frequent or a problem. The pool was never crowded though the sun beds filled up...no hassle to us as we stayed on the balcony! Our teenagers enjoyed the pool and there was also pool (with cues!), table tennis and giant chess available. We paid to have wifi in the apartment but actually they were happy and safe in the cool and comfy communal reception area, where the signal was stronger. There are loads of places within walking distance to eat, though we didn't feel the overall standard was very high. We didn't eat on site. There is a large supermarket in San Blas,which is a 20 min plus walk. There's a much nearer one but we only found it on our penultimate day. The information folder was unfortunately missing from the apartment. Having said that Claire was very patient and answered all my texts promptly! We really enjoyed our break.

Date of stay: October 2014
Travelling group: Teenagers
Would you recommend this hotel to a friend?   Yes.
Recommended for:
Was this review helpful? Yes
This review is the subjective opinion of a TripAdvisor member and not of TripAdvisor LLC
Problem with this review? Thank you. We appreciate your input.

I can only mirror what the other reviews have already said.
We have never booked an independent accommodation before and where a little apprehensive, although Claire made it incredibly easy regarding the booking.
When we arrived we were overjoyed that the apartment was exactly as described, it is the perfect holiday getaway.
The weather was fantastic, but thanks to the air conditioning in the bedrooms we were able to cool down when needed.
There is everything you could need in the apartment and it is very well maintained. One of the things my husband really appreciated was the little extras we found in the kitchen I.e cooking equipment, the cupboards certainly were not bare and we used the kitchen every day.
COMPLEX:
We hired a car and found the car park more than adequate, although there are shops in walking distance and heard that the buses are very reliable.
The staff at the complex were all very friendly and helpful booking things for us although we were in a private apartment.
GOLF DEL SUR AND AREA:
Found the area lovely and relaxing but if venturing out, nothing is too far away.

I have already recommended this apartment to friends and family and will definitely rebook.
Thank you Claire for your help and ease of booking.

Date of stay: October 2014
Liked best: The space
Liked least: Nothing
Travelling group: Extended Family
Would you recommend this hotel to a friend?   Yes.
Recommended for:
Was this review helpful? Yes
This review is the subjective opinion of a TripAdvisor member and not of TripAdvisor LLC
Problem with this review? Thank you. We appreciate your input.

Have been to Golf Del Sur many times and would like to say this is the best apartment we have rented, the apartment is very spacious and although we never cook while we are on holiday the apartment has everything to do so, The Balcony/terrace is large and gets the sun before miday till it sets also one of the few places we have stayed that receives BBC ITV etc, I have stayed in the complexes either side of this Winter Gardens and Cordial Golf Plaza and would say this is the best of them all, we go to Tenerife at least once a year and would now say this is the only apartment I would want to stay also a big plus for me was the ease and the efficiency the owner handled the booking so thank you for making ths a great holiday.

Date of stay: October 2014
Liked best: Very Spacious
Travelling group: Spouse/Partner
Would you recommend this hotel to a friend?   Yes.
Recommended for:
Was this review helpful? Yes
This review is the subjective opinion of a TripAdvisor member and not of TripAdvisor LLC
Problem with this review? Thank you. We appreciate your input.

We have been to this resort on many occasions and have always looked at this apartment admiringly - as we took our daughter this time this gave us a grand opportunity to book this apartment and we were not disappointed - the rooms were spacious as was the lounge and patios. Well kitted kitchen and great having two showers. The resort did not disappoint as it never has - a great location for a relaxing holiday.

Date of stay: September 2014
Liked best: the patio area
Liked least: nothing
Travelling group: Extended Family
Your age range 50-64
Would you recommend this hotel to a friend?   Yes.
Recommended for:
Was this review helpful? Yes
This review is the subjective opinion of a TripAdvisor member and not of TripAdvisor LLC
Problem with this review? Thank you. We appreciate your input.
Previous Next
1 2 3 4 5 6
Updating list...
Still can't find what you're looking for?

Looking for a place to stay in Golf del Sur?
View all 238 holiday rentals