US$220
US$101
View deal
eDreamsUS$186
Trip.comUS$142
travelup.comUS$220
View all 16 deals
* Prices are provided by our partners, and reflect average nightly room rates, including taxes and fees that are fixed, known to our partners, and due at time of booking. Please see our partners for more details.
bouchee
San Francisco, California
245193

A series of houses connected like a village, with walkways and steps. Rooms are modern and clean, with windows that actually open. Located on quiet narrow street in historic area; Only stayed one night but happy with hotel in all respects.

See all 406 reviews
Nearby Hotels 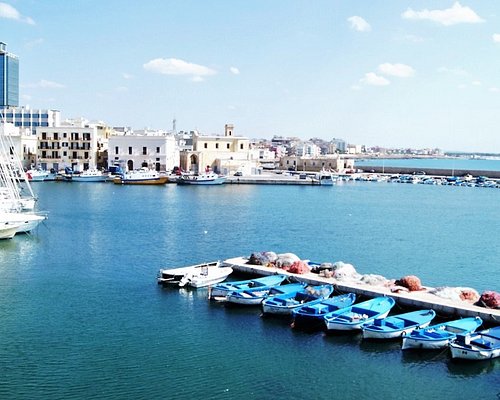 Sponsored
Suite Porta Terra
US$83
Booking.com
View deal
Expedia.com
US$83
Trip.com
US$67
Priceline
US$83
View all 15 deals from US$67
4 reviews
We compared the lowest prices from 15 websites

Top Rated
All Inclusive
Victoria Palace Hotel
US$150
Booking.com
View deal
Free cancellation
Expedia.com
US$151
ZenHotels.com
US$111
Hotels.com
US$151
View all 15 deals from US$111
580 reviews
2.5 km from Relais Corte Palmieri

We stayed in a deluxe room. At first I was a little bit disappointed for not having a private balcony/solarium, but the size of the room compensated. The location is great, central and very quiet. You need to leave your car outside the old town, but it's a fair compromise - in the evening, there is plenty of choice there (clubs are out, though). There is common terrace with nice views of the old town. Pay tv channels available. Only one pitfall: we were offered a shuttle service at arrival from the parking to the hotel without mentioning surcharges - and in the end it costed 25€: pricey and unexpected*

This review is the subjective opinion of a Tripadvisor member and not of TripAdvisor LLC.
Google Translation

Report response as inappropriateThank you. We appreciate your input.
This response is the subjective opinion of the management representative and not of TripAdvisor LLC
MilenaM3114
World
47
Reviewed 3 August 2019 via mobile
Nice hotel

We stayed in two rooms and it was everything very good. Rooms perfectly clean, central location, nice breakfast and friendly staff. The hotel itself is big, the rooms have balconies or roof terraces and the overall experience is good.

This review is the subjective opinion of a Tripadvisor member and not of TripAdvisor LLC.
Looking_for_charme
Bergen, Norway
879390
Reviewed 30 July 2019
Mixed fellings, helpless staff, bad management

I really have mixed feelings about this hotel. First the good aspects: We had a very nice room and the location in the middle of the old town is ideal. The breakfast was also OK. But a week before we arrived, when we already were on our holiday tour, I got a mail that they had a problem because the name of the credit card owner weren't the same as my name who had booked. I told them that the credit card belonged to my travel mate, but they insisted on getting my credit card details, which I don't like to send by SMS when traveling. When we left the hotel they also began to make a fuss about we using my friends credit card and I had to be tough with them to be able to pay. When we were leaving, the streets were closed because of the Easter Parade. The man in the reception did know the driver who should pick us up, so when the receptionist walked away carrying some of our luggage, we did think they had arrange where to pick us up, but they hadn't and we were 30 mins delayed. The receptionists tried to help us and were nice people, but I do think the management of this hotel isn't any good. I saw one official inspecting the breakfast buffet, and I wouldn't have liked to have him as my boss. So I do think the workers in this hotel are helpless because they aren't allowed to be as flexible and nice as they want to be. But such management isn't to my liking, so next time we have to find another hotel in Gallipoli.

This review is the subjective opinion of a Tripadvisor member and not of TripAdvisor LLC.
shinjodenn
Perugia, Italy
2448
Reviewed 27 June 2019
Charming, Friendly ... and the terraces

Boutique hotel located in the heart of historic Gallipoli.

The primary colors are white and blue and you get the feeling of just a charming and friendly place. The rooftop terraces (I think there might be something like 6 of them, are just great to unwind.

The breakfast was excellent. One day we ate inside, while all the other ones we were on the rooftop terrace. Giusi reserved us a table every morning and we were delighted with our service.

Room tip: Don't get rooms directly on the piazza in front of the hotel. Too loud at night. Go for the newer rooms up on the third floor.
Ask shinjodenn about Relais Corte Palmieri
2  Thank shinjodenn

This review is the subjective opinion of a Tripadvisor member and not of TripAdvisor LLC.
Christina C
Limerick
1217
Reviewed 24 May 2019 via mobile
Very nice

Lovely hotel stayed 3 nights - it is in centre of old town. Hotel is full of old world charm - lots of private terraces to sit in & relax. Staff very helpful - breakfast could be better - that’s the only negative. PS - we stayed in newer section superior room - fab, would recommend & very reasonable .