My husband and I stayed here before going to cabins in Bismarck for our wedding anniversary. It was very clean and the staff was friendly. We were given specific COVID19 SAFE instructions. Breakfast was organized and served safe safe as well. Comfortable beds, clean showers and bathroom. Very impressed that I was asked did we want a “sunrise” or “sunset” room and other preferences. This hotel is highly recommended and I would definitely stay again.

Trip type: Travelled as a couple
See all 218 reviews
Nearby Hotels 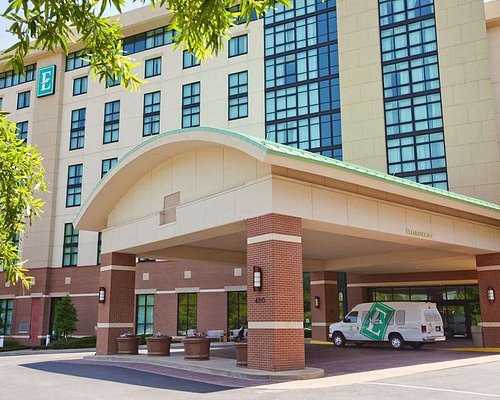 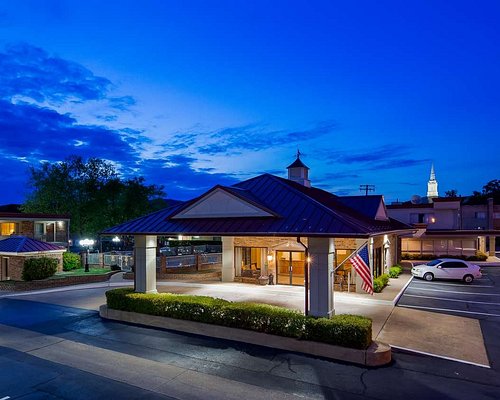 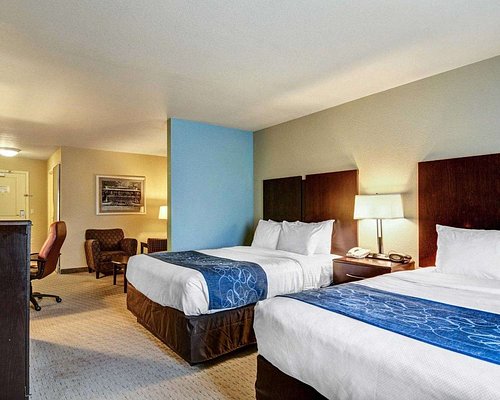 So, I realize it's Covid-19 but these folks seem to forget they are still the in the hospitality industry. First of all, what would it take to run a banner warning folks breakfast would be a nutrigrain bar and juice in a bag or that the indoor pool would be closed? When a family with kids is traveling, this is one of the things we consider. So, fine... we didn't know. That's annoying. What's substandard is that we were told to leave our dirty towels outside the door, which we did on the first night, and two days later, the towels were still there. The beds were not comfortable (really surprising because usually Holiday Inn has comfy beds) but the pull out sofa was BEYOND awful. So thin and you could see the springs poking through. And, if there's 10 cars in the parking lot to you HAVE to put us at the front of the building where birds start chirping under the awning at 4am? Has it not occurred to you to hang up one of those goofy fake owls? Or move people? Here's the thing: if I'd known I was going to be having a Motel 6 experience, I would have liked to have paid a Motel 6 price. Felt SO ripped off.

Thanks for your review and for staying with us. We want to provide our guests the brilliant basics, and a little more where it matters most. I am sorry for the conditions you encountered during your stay. I would like to follow-up on your experience and have sent you a private message to obtain additional information about your stay.

Again, thanks for choosing to stay with us. I look forward to your response and being of further assistance.

Report response as inappropriateThank you. We appreciate your input.
This response is the subjective opinion of the management representative and not of TripAdvisor LLC
531jenniferj
Tatum, Texas
66
Reviewed 9 March 2020 via mobile
Good and bad!

The rooms were very spacious, the hotel was clean, and the staff was nice. The beds were hard, the free shampoo and body was wouldn’t come out of the pumps, and the pool is a lot smaller than advertised.

Thank you for your review and for staying with us. We only want our guests to leave with wonderful memories of their stay with us. I am sorry to hear about the phone call and for any inconvenience this caused you. I have shared your comments with our management teams to be addressed internally. I am certain measures will be in place to stop this from happening again.

Many thanks for your feedback.we hope this will not deter you from choosing us again for your future travel needs.

Report response as inappropriateThank you. We appreciate your input.
This response is the subjective opinion of the management representative and not of TripAdvisor LLC
Lynn H
Rogers, Arkansas, USA
17231
Reviewed 21 November 2019
Nice Holiday Inn Express

Very nice Holiday Inn Express. Nice breakfast and nice breakfast sitting area which includes an outdoor patio with a fire pit. We enjoyed. The hotel also has a swimming pool and is very clean. We were happy with all staff at the hotel.

Tom was helpful in booking our room over the phone. Lauren and the staff were knowledgeable of the area. This is a convenient location between Lake Hamilton and downtown Hot Springs right off Central Avenue. Once again a good stay at the Holiday Inn Express. Rooms up to date with conveniences and cleanliness. It offers the typical HI breakfast. Would definitely stay there again--we always stay at Holiday Inn Express when we travel.