US$118
US$111
View deal
Free cancellation until 21/10/02
CheapTicketsUS$111
TravelocityUS$111
Orbitz.comUS$111
View all 14 deals
* Prices are provided by our partners, and reflect average nightly room rates, including taxes and fees that are fixed, known to our partners, and due at time of booking. Please see our partners for more details.
vacay232
925

This is a nice, typical American -off-the-interstate hotel. The room was clean and the staff was friendly. The breakfast was quite nice including make your own waffle with toppings like Nutella in addition to the usual. The owners seem to care about making their guests happy. My only suggestion is that at breakfast, and at the coffee bar throughout the day, there is no cold water, just hot. It shouldn’t be too hard to put up a cooler dispenser of cold water.

Trip type: Travelled with friends
See all 353 reviews
Nearby Hotels 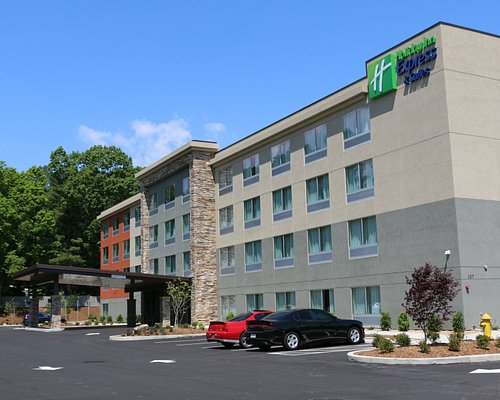 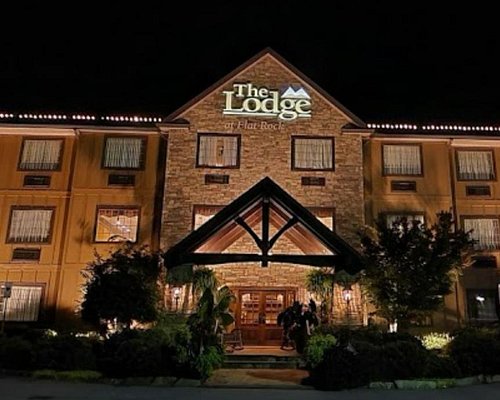 Top Rated
Breakfast included
The Lodge at Flat Rock
US$133

Expedia.com
View deal
Free cancellation
Pay up to 12X
Booking.com
US$133
Hotels.com
US$133
Official Hotel
US$133
View all 17 deals from US$133
438 reviews
0.1 km from Mountain Inn & Suites Flat Rock
We compared the lowest prices from 17 websites 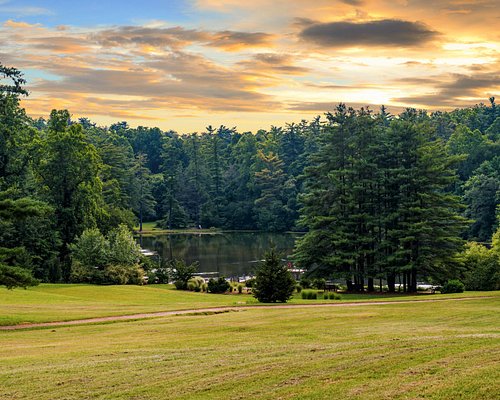 Expedia.com
View deal
Free cancellation
Pay up to 12X
Quality
US$114
Trip.com
US$98
getaroom.com
US$120
View all 16 deals from US$98
238 reviews
0.6 km from Mountain Inn & Suites Flat Rock
We compared the lowest prices from 16 websites
Mansouri Mansion - Flat Rock
US$239

room was great, staff super accomodating/breakfast was great and free. was later at night and we called, they held us a room, room was clean very spacious, breakfast was well organized and large variety . room was spacious and clean

Hello Global223854,
We are so glad you enjoyed your stay here! We do indeed have a wonderful housekeeping staff who work hard to keep the hotel clean! We appreciate you mentioning this, and I will be sure to pass this on the our staff. We look forwarding to see you again soon!

Report response as inappropriateThank you. We appreciate your input.
This response is the subjective opinion of the management representative and not of TripAdvisor LLC
JennaS0910
1
Reviewed 17 April 2021
Wonderful experience in Flat Rock!

This hotel is such a gem! When we had to shift our reservation due to a health issue, Chris and the staff were extremely accommodating. The staff is warm and friendly, giving us great recommendations and finds for our family to explore. They also checked in to see how we were doing. We were so pleased with the staff that it's enough of a reason for us to return for another visit.

The hotel is clean, the room was spacious and perfect for our family of four. The continental breakfast was a great way to start the day. It's also easy to get to other destinations, as it's right off the highway.

We cannot express how thoughtful and hospitable the staff was, and we look forward to another stay!

Hello Jenna!
Thank You for all the kind words! It means so much to hear that the staff was so accommodating and hospitable. There's so many things to do and see around here. We hope to see you again soon to explore more! On Behalf of the Mountain Inn & Suites Staff, Thank You again!

Report response as inappropriateThank you. We appreciate your input.
This response is the subjective opinion of the management representative and not of TripAdvisor LLC
gidgetmariem
Wilmot, Ohio
5829
Reviewed 15 April 2021
Perfect

Completely unfamiliar with the area or hotel I hesitantly booked on Groupon for a short Easter getaway with fingers crossed this was a descent hotel & location. I was pleasantly surprised & it exceeded my expectations. They offered breakfast each morning with muffins, make your own waffles, yogurt, fruit, and cereals which is much more than many other places currently offer with Covid protocals in place. There was also juice, hot water for tea, and coffee. This is extremely helpful when on a hiking vac. Rooms were larger then I had anticipated as well & staff was friendly & helpful. We were on the go each day so the location of the hotel worked perfect for us. Right off the highway but off of it enough not to get tons of noise. 12 minutes to Asheville & maybe 20 minutes to Chimney Rock for us let alone all the other places we ventured off to. I plan on staying here again when I return to do some additional hiking. Two thumbs up for us for sure. Room also had a mini fridge & micro so nice for drinks & leftovers from eating out.

We are so glad you found us through Groupon and gave us a chance! I'm happy to hear you enjoyed the hotel, breakfast and surrounding areas. We have had to limit our breakfast due to COVID (as we used to have a nice big hot buffet prior to the pandemic), so we've done the best we can with what we can offer. With Pre-packaged items like wrapped muffins, bagels, cereals, milks, yogurts, oatmeal & grit packets, bananas, and even hard boiled eggs. There's so much to see and do in the area, and we hope you come back soon to explore some more!

Report response as inappropriateThank you. We appreciate your input.
This response is the subjective opinion of the management representative and not of TripAdvisor LLC
Captain_AmeriDad
Chesapeake, Virginia
408126
Reviewed 15 April 2021 via mobile
Super Pet Friendly

Stayed here for a couple of nights with our dog and cat and would recommend this pet friendly hotel to anyone in the area. The staff were very friendly and always greeted us whenever we came or went. The room was nice and quiet. Beds were very comfortable and there was a good size bathroom with a tub for our toddler. Plenty of open area around to walk our dog as well. Recommend staying here for anyone in the area!

Thank You for your review and staying with us! We do love our 4 legged friends here! They are just as much a part of our Mountain Inn Family as anyone. AND Aren't the beds fantastic?! We were thrilled to be able to upgrade our mattresses to Simmons Beautyrest and have had rave reviews on them!
We are happy we could accommodate your family and your furbaby and look forward to seeing you again soon!

Report response as inappropriateThank you. We appreciate your input.
This response is the subjective opinion of the management representative and not of TripAdvisor LLC
Krr1975
Sevierville, Tennessee
698220
Reviewed 7 April 2021
A mixed review

First, let me start off by saying that if this was not a pet friendly hotel, I would be giving it 5 stars. We found this hotel on Groupon and decided to try it.

My first impression of this hotel was walking into the lobby to check in and being met by a guest with a large doberman pincher who was barking loudly and the dog's owner was egging him on. The staff wasn't doing anything to discourage the loud barking. This dog had to be 50+ pounds. When I asked if the dog was staying there I was told yes they were guests. During our weekend stay every person we saw with a dog or dogs, except one, all had large dogs. At least 50 pounds or more.

The outside of the hotel and the lobby were nice. Our room was nice and well kept. Everything was clean. The beds were extremely comfortable. The staff was friendly, especially the housekeepers. Breakfast the first morning was better than the second as by the second, they were out of several items that were out the first day. The breakfast consisted of waffles, instant grits or oatmeal, cereal, milk, fruit, yogurt, muffins and juice. Pretty good offering considering the pandemic. Just disappointed they were out of several things on the second day.

Not sure I would stay here again due to it being pet friendly. I'm not sure if the entire hotel is pet friendly or just certain rooms but we did have a pet across the hall from us. But if pet friendly doesn't bother you, it's a good hotel. I will say it's the nicest pet friendly hotel I've been in.