Don't even bother clicking on this what... - Riverleaf Inn Mission Valley

Riverleaf Inn Mission Valley
Riverleaf Inn Mission Valley
Lowest prices for your stay
Lock in the lowest price from these sites
US$90
Free cancellation until 21/10/02
View deal
Expedia.comUS$90
PricelineUS$90
Hotels.comUS$90
FindHotelUS$90
eDreamsUS$90
CheapTicketsUS$90
View all 14 deals
* Prices are provided by our partners, and reflect average nightly room rates, including taxes and fees that are fixed, known to our partners, and due at time of booking. Please see our partners for more details.
A1388YTdavidm
1

Don't even bother clicking on this what I think motel 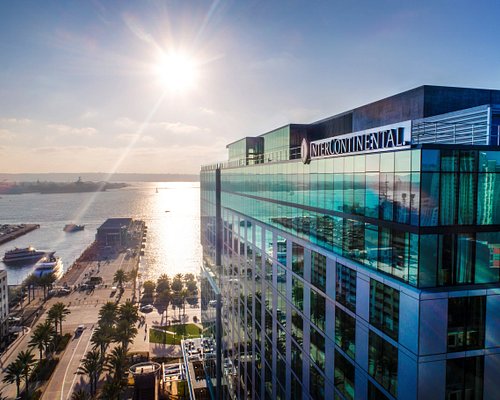 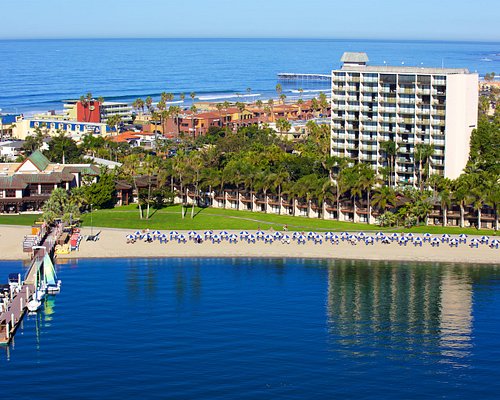 Catamaran Resort Hotel and Spa
US$297

Taking safety measures
We compared the lowest prices from 15 websites
The Westin San Diego Downtown
US$199
Booking.com
View deal
Reserve now, pay at stay
Expedia.com
US$196
Westin.com
US$200
travelup.com
US$205
View all 17 deals from US$196
2 067 reviews
5.4 km from Riverleaf Inn Mission Valley

Raul turned my bad day from other hotels into a happy one with easy check in and professionalism! Came into California for the weekend and had a rough flight so all I wanted to do was find a nice room to lay my head. And Raul at Riverleaf helped me with all my questions and check in!!

This review is the subjective opinion of a Tripadvisor member and not of TripAdvisor LLC.
Company-Reviewer
Connell, Washington
4332
Reviewed 6 June 2020 via mobile
Serious potential

Definitely off the beaten path; excellent views from the west side rooms. A huge amenity is the elevator. Some areas of the property still need to be renovated, other areas are complete.
The room was pristine clean- no complaints. A nice touch was the mini fridge and programmable safe.

This review is the subjective opinion of a Tripadvisor member and not of TripAdvisor LLC.
LoveTheSun85
San Diego, California
1771
Reviewed 14 May 2020 via mobile
Overcharged!

We were only able to stay one night instead of two. Our receipt showed we were only charged for one night. When we got our credit card statement we were charged for two nights. The hotel keeps saying they refunded our credit card and credit card company says no refund was ever processed. Getting the hotel to answer emails was difficult and we have not been able to resolve this problem. Won’t stay there again!

This review is the subjective opinion of a Tripadvisor member and not of TripAdvisor LLC.
95maryannl
2
Reviewed 16 April 2020
Surprisingly Clean & Great Value!

Booked this room with one of those 'price saving' app (hint intentional). So didn't expect a lot, and just needed a place to sleep. Got much more than expected. Remodeled room, newish furniture and beautiful bathroom.

Checkin was quick, and the friendly night clerk guy upgraded me to a suite. I did peek in the window of a standard room and they are on the small side.

Years ago I stayed here when ot was a different name and clearly different owner. They've spent some money here and it shows.

This review is the subjective opinion of a Tripadvisor member and not of TripAdvisor LLC.
Shae722
Seattle, Washington
33
Reviewed 4 March 2020
Lucy the front desk agent should not be getting paid for the service she provides. Clearly someone is not training.

Disliked · The front desk agent Lucy treated me so disrespectfully and rudely! I called to confirm my late check out due to relocation for work. I was given late check out at noon, also I had confirmed with the Night audit and she was just lovely, she activated my key and was very prompt. You could tell she was on top of everything and was Confident in what she told me was done! Lucy on the other hand, She was so rude and hung up on me! I had my assistive animals with me and she could not understand why I may have a delay on doing things. I explained to her I was trying to confirm an overstay since I had a meeting with work. I work in Hospitality btw, and I would have loved to stay at this hotel that was simple but great. Per Federal Law I don’t need to disclose those needs of my disability with her but she used such a snappy unprofessional verbal language and basically told me to get out. Instead of accommodating and actively listen to the Guest she was focused on showing me she is the boss and told me: well, you are either gonna get out or I’ll charge you for extra 15 minutes. So take or leave it. She sent the poor housekeeper to my room knocking on the door twice from 11:30am. While I was trying to shower as fast as I could. And twice I called her and asked her to actually allow me to get ready without interruption and her voice was sharp and loud. Why this individual is working in Hospitality is beyond me. I came down to the lobby, she never apologized. She is getting paid?? The two agents from the night before Ed and Benjamin were half her maturity however were AMAZING, professional and their choice of words was elegant and kind as well as their demeanor. I was so happy I had made this hotel my choice of stay. The two agents gave me recommendations on dinner options, the city and made me feel welcometo be there, like at home. They truly cared for the guest and their needs. After all when you work in hospitality, all that matters is the guest and what they really need.

This review is the subjective opinion of a Tripadvisor member and not of TripAdvisor LLC.
View more reviews
PreviousNext
1…345…