They lied to us over and over - Holiday Inn Express & Suites Seattle South - Tukwila, an IHG hotel

They lied to us over and over

I'm glad to have welcomed you at our Holiday Inn Express & Suites - Seattle South - Tukwila and I appreciate you sharing your thoughts about your recent stay.

We promise to deliver efficient and frictionless experiences for guests on the move and I'm sorry what you described was the opposite. I'm sorry to hear you had to pay $159.00 for a 3-hour stay.This is not what we want for our guests. Don't worry, I've looped our management regarding your review in our effort to serve guests better. I trust that the necessary improvements will be made. I have also sent you a private message to gather more details about your stay.

I hope you consider us again when you're in the area.

Report response as inappropriateThank you. We appreciate your input.
This response is the subjective opinion of the management representative and not of TripAdvisor LLC
See all 42 reviews
Nearby Hotels 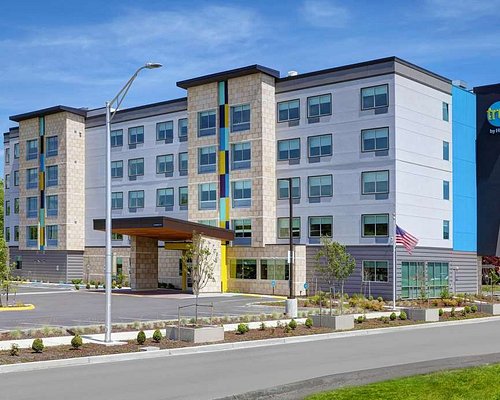 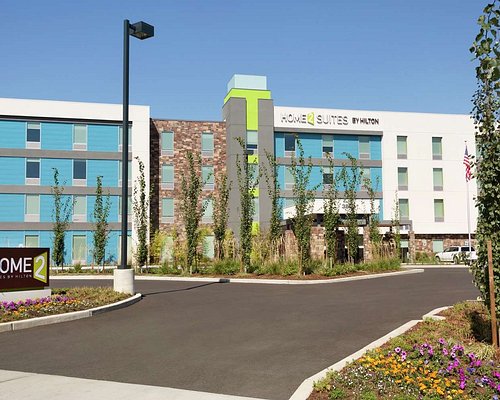 I stayed here for one night and really enjoyed the stay. The staff was friendly, helpful, and knowledgable. The location was perfct for an early morning flight out of SeaTac and the price was excellent. I will stay here again.

This review is the subjective opinion of a Tripadvisor member and not of TripAdvisor LLC.
keevygz
Ritzville, Washington
9685
Reviewed 24 December 2019 via mobile
Medical treatments, poor management

I come from Eastern Washington to do my cancer treatments when I was given 6 months to live a year ago. We stay in 2-3 different hotels weekly from my oncologist in Renton, WA to complete my treatments in Langley, British Columbia.

This was and FIRST and LAST time I will be staying here. I booked a 3rd party booking thru PRICELINE because due to saving me money over 3 months of hotels 2×week minimum I have to watch our pennies. Cancer Center of America numerous times have offered me FREE comp rooms averaging over $300 a night. However, due to the location of downtown Seattle and Bellevue it would take me 1.5 hours to drive during rush hr traffic 15 miles to Seattle Integrative Cancer Center and still have to pay the $60 parking fee at the upper end hotel and my time is valuable and have declined the offers.

This week a cousin and her daughter offered to help drive me since I can't drive at night. Her daughter was excited to have
a pool!! Breakfast was good and,the van driver who took me to the clinic was amazing!! Thank you so much and I recog,used by his voice that he was a spiritual singer and well as his mother at church! Praise Him and Praise the LORD!

We enjoyed our first stay and would try to return using PRICELINE again.

However, when i booked my next week with them my schedule of treatments changed due to PET SCAN in Eastern Washington. So, when talking to PRICELINE 3 times over this matter they said YES, we would work with you and try to get your hotel moved to the following week. (Sunday night, no one was hardly there the week before) I had done this with LARKSPUR and they were totally accommodating as well as with EXTENDED STAY of AMERICA. Both hotels in previous months were willing to,change my dates when I said I was a cancer pateint with no problem.

The manager at this was contacted a week BEFORE my stay by me at the front on a MONDAY am when he wasnt in and left a message for him/her before my leaving a week before my next stay the,following Sunday. The lady at the front desk said the manager wasnt in but she'd have the manager cal me on changing my dates. Even thought thru PRICELINE was nonrefundable 2 others hotels honored my request and made the change.

I then tried 2 more times thru PRiCELINE since then with no luck. The hotel blames PRICELINE which is NOT because I have been on hold with them when they tried to correct it and move my paid room to The following week.

This hotel has the potential to be a 4-5 star hotel, HOWEVER, NOT under this management. We own our own business and travel around the world, including Taiwan. I encourage you NOT to support a hotel that can't be flexible enough to change a date to accommodate their cancer treatments, charging me over $100 for an unused room. Strike 3 and you're out, management if Holiday Inn Express Sestrle-Tukwilla!!

Thank you for choosing Holiday Inn Express and for taking the time to provide feedback about your experience.

I would like to start by apologizing to you for the inconveniences you encountered. We appreciate that you brought your experience to our attention and we take feedback seriously and will directly speak to the General Manager regarding the concerns you raised, particularly about the request to move your reservation to a different date instead of cancelling, so that we can make the necessary changes and provide a better experience in the future.

I hope you will give us a chance by staying with us again to show you that your unsatisfactory stay was an exception. Again, thank you for sharing your comments. In addition to this, we have sent you a Private Message for further details.

Report response as inappropriateThank you. We appreciate your input.
This response is the subjective opinion of the management representative and not of TripAdvisor LLC
CYKL
Germany
134107
Reviewed 17 November 2019
Good and clean

The room was big enough to open 2 big suitcases by the side of the bed and still have space to walk around. Ample table space. Bathroom adequate, Shampoo, conditioner and shower gel come in the form of dispensers.

There is an indoor pool which looked very inviting and clean, Coin-operated washing machine. Use room key access for everything,

Had a problem with the room and problem was treated with little urgency. But I guess other than that, very little interaction with the staff so will stay again because sleep quality and location are very good.

This review is the subjective opinion of a Tripadvisor member and not of TripAdvisor LLC.
iversurrey
Surrey, United Kingdom
74
Reviewed 1 October 2019
Clean, new and great location

Stayed for one night at the Holiday Inn Express and Suites. Was pleasantly surprised how good it was. The bed and pillows were comfortable. The bathroom shampoo, conditioner and shower gel were good. The bathroom was spotless clean. Coffee machine, small fridge freezer, microwave and safe were provided in the room. The only minor negative in the room was the air conditioner which can be rather noisy. I did like the use of your room card key to use the lift. Free coffee and tea at the lobby was very welcome however it would even be better if there was cold water. Breakfast was basic but sufficient and it was well stocked and topped up. I am not really keen of 'synthetic' omelette but there were other options like cereals, bagels, pastries, cinnarolls, yoghurts and pancakes. Overall I would recommended this place as it was relatively new and the check-in and check-out were attended by friendly staff and there were lots of parking spaces.

This review is the subjective opinion of a Tripadvisor member and not of TripAdvisor LLC.
C4507JYjanets
1
Reviewed 11 August 2019 via mobile
Not Holiday Inn Express Worthy

We only stay in HIE when possible. Always good and consistent quality. This one needs new management. We booked it over the phone because we needed 3 different room types. Both calls I was put on a “brief” hold for 20 and 17 minutes then Never received our booking confirmation emails. (We should have known then). The rooms are clean, hotel clean, bed still awesome. Breakfast was completely empty, poorly attended to, the employees sit outside the front door and smoke. Really if it wasn’t for the people and it was just a building, it would be beautiful.

A no-worry journey is what we're aiming to give our guests. Thank you for sharing your straightforward remarks, and for spending your time with us.

I'm very sorry that you weren't impressed with the morning meal setup and breakfast team's assistance. We're all about bright hotel experiences, and I'm worried that these aspects turned your experience sour. The review of our visitors helps us in creating action plans for improvement. I know for a fact that yours can help us attain change, which is why I'll be relaying yours to the upper management, including your feedback about the email copy of the bookings. hopefully, you can check the private message that I sent you

I hope you'd reopen your door for us so that we can have the chance to make things right, and give you a fresh, practical, and efficient experience.