HomeTowne Studios by Red Roof Tacoma - Hosmer
HomeTowne Studios by Red Roof Tacoma - Hosmer
Lowest prices for your stay
Lock in the lowest price from these sites
US$87
Free cancellation until 21/10/02
View deal
TripadvisorUS$87
Hotels.com
Expedia.comUS$87
Priceline
Orbitz.comUS$87
TravelocityUS$87
View all 15 deals
* Prices are provided by our partners, and reflect average nightly room rates, including taxes and fees that are fixed, known to our partners, and due at time of booking. Please see our partners for more details.
chantuan
1

I just want to start by saying I’m not one to write reviews, however this place was absolutely disgusting. First off, right when you get into the building it smells like piss in the hallways and follows into the rooms. There are a lot of homeless people who hang in the parking lot making me feel unsafe. But the real problem was the room. We literally had to wrestle with the door because it was so jammed! The bed was very hard and uncomfortable, the kitchenette had no pots and pans. MAKE IT MAKE SENSE?! The drawer had fell on my foot twice! The floor was dirty, they barely provided linens and towels. Lesson learned never again!! 0/10 DO NOT RECOMMENDMore

Show less
Trip type: Travelled as a couple
See all 116 reviews
Nearby Hotels

Breakfast included
Sponsored
Comfort Inn & Suites Downtown Tacoma
US$102
US$97
Tripadvisor
View deal
Pay up to 12X
Expedia.com
Booking.com
US$97
getaroom.com
US$102
View all 18 deals from US$97
955 reviews 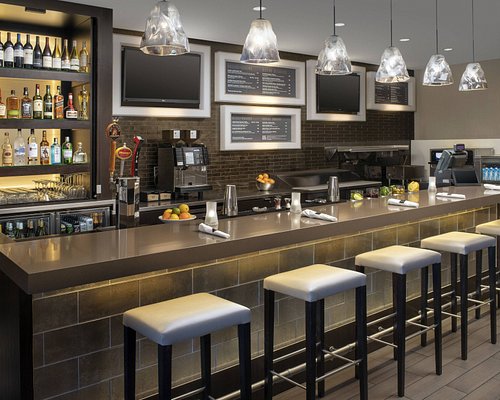 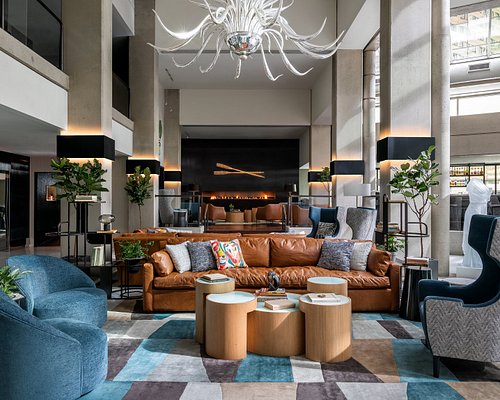 The hotel was fine the area was a disappointment
This hotel offers weekly and monthly rates and each room is like a mini studio with a kitchenette. My room was clean and well maintained with plenty of hot water. The kitchenette had a refrigerator, stove top, sink and microwave as well as cupboards and drawls. The staff was friendly and helpful. The hotel was easy to find and not overpriced.
My experience was diminished due to factors which were nearly all out of the control of the hotel. The immediate area was sketchy. The sketchy part was that there are large numbers of people in the area who seemed to be just hanging out and some of them who acted as if they may be under the influence of a substance. Heavy foot traffic, homelessness, and the smell of marijuana were just about constant outside of the hotel and in the immediate vicinity. The level of activity I observed did not diminish until dawn.
In fairness to the Home Town Studios, there are about half a dozen national brand name hotels in close proximity and I suspect any of these would have also suffered the constant foot traffic and parking lot gatherings. Recreational marijuana is legal throughout Washington State and I would expect any hotel to prefer that guests smoke it in their cars or outside rather than in the hotel rooms.
I do not see myself staying at any hotel in this area again. The location was just to busy with people at all hours. I would stay in Home Town Studios again just not in this area.

This review is the subjective opinion of a Tripadvisor member and not of TripAdvisor LLC.
J5874DFangelac
Lakewood, Washington
1
Reviewed 13 January 2020 via mobile
Raymond

He was so nice helpful to me and my daughter. I really appreciated everything he did. Thank you. The stay has been great!! I would recommend this hotel to my friends and family for sure. I will most likely be visiting this hotel again.

This review is the subjective opinion of a Tripadvisor member and not of TripAdvisor LLC.
OlyGirlJan
Tacoma, Washington
22
Reviewed 12 September 2019 via mobile
Raymond made our stay stress free.

This place has been a blessing for us Raymond has gone above and beyond to make sure our stay is comfortable, the rooms are nice, I am offered daily room cleaning if I wish and I love the kitchenette, the staff here are all so friendly and I would highly recommend anyone to stay here as the price is affordable for a great room with amazing staff to assist your needs.

This review is the subjective opinion of a Tripadvisor member and not of TripAdvisor LLC.
bereall92
1
Reviewed 14 August 2019
Raymonds costumer service

It was a last minute stop and we had nowhere to go and Raymond the man in the front office hooked us up with a room and helped us out with a room without budget. He was really friendly and he helped us out on payment options.

This review is the subjective opinion of a Tripadvisor member and not of TripAdvisor LLC.
Stephanie C
Portland, Oregon
6517
Reviewed 14 July 2019
OK for one night; not a place to spend time.

The hallways and stairwells were dirty and creepy; while we were in a corner unit and did not share walls with any other rooms, there were people hanging out in the parking lot until quite late (the activity makes it seem like an unsafe place to park) and you could hear running around on the floor above.

The room surpassed the expectation set by the exterior, location, and common areas; it was serviceable and clean -- including the bathroom. Ask absolutely nothing of this place and you'll be fine.