We used this combo resort/golf course/RV park as a home base while visiting the Mount Rainier National Park. Due to "extreme" deferred maintenance, this resort is a mere hint of its former self. Of course, the natural elements (grass, trees) are still growing but are either in dormancy or overgrown. During our stay, the power went out twice and several of the RV sites were left without power for some considerable time, ostensibly with staff being powerless/unable to immediately correct the problem. I cannot vouch for the golf. It appears to be a little 9-hole pasture in "fair to moderate" shape. Our RV neighbor played golf and seemingly enjoyed himself as did dozens of others during the weekend. Hosts and staff seem reasonably friendly and caring. Although, in comparison with others, this RV park is "acceptable", it is apparently neglected by its upper (group) management with profits seemingly going elsewhere. Profits do not seem to be plowed back into making the park more functional or attractive, especially in the dirt-only roads of "the woods" section where the RV and campsites are all headscratchers. Alas, it works but "just". This place is just barely beyond acceptable but teeters close to the tipping point. A Spring or Fall visit might cast this Resort Park in a better light.More

Show less
Room tip: Choose an RV site between the graveled roads or the grassy sites with more shade, just north of the (now defunct) pond
See all 5 reviews
Nearby Hotels 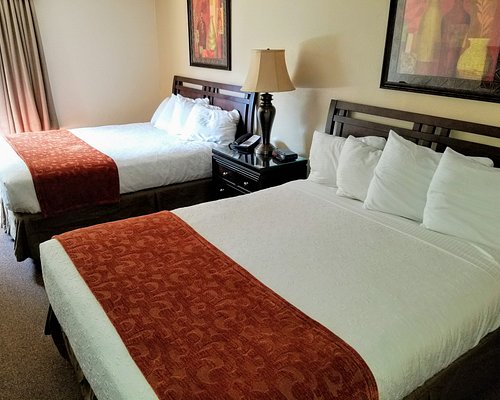 Crest Trail Lodge
US$165
Booking.com
View deal
Free cancellation
Reserve now, pay at stay
Expedia.com
US$165
Hotels.com
US$165
Priceline
US$165
View all 11 deals from US$165
301 reviews
21.4 km from Maple Grove RV and Golf Resort
We compared the lowest prices from 11 websites 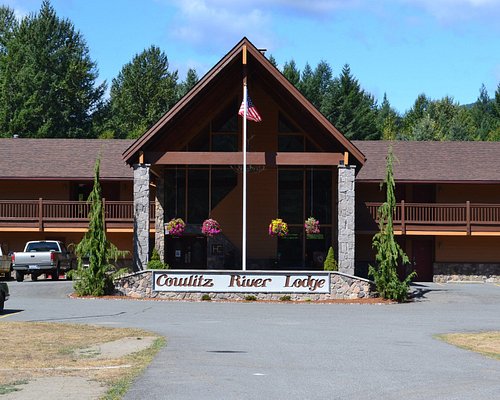 Breakfast included
Cowlitz River Lodge
US$191
Booking.com
View deal
Free cancellation
Reserve now, pay at stay
Expedia.com
US$176
Hotels.com
US$176
Priceline
US$191
View all 13 deals from US$176
155 reviews
23.7 km from Maple Grove RV and Golf Resort
We compared the lowest prices from 13 websites 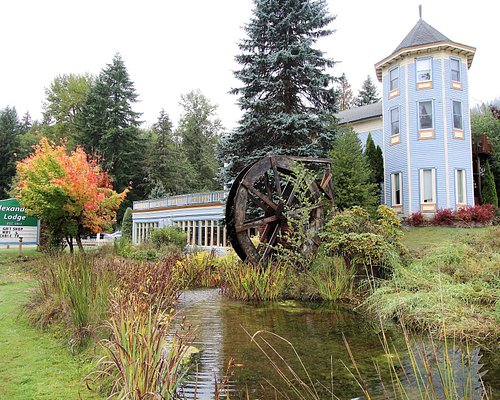 I would not spend $5000 and yearly dues to camp here. Severe neglect on maintaining the park. Front Sites are on top of each other, overtaken and full of weeds, tables rotting away that is if you have one. Those sites that have firepits they used old rims. The rental firepits are long over due for the trash . Every building in disrepair and outdated inside and out. The community kitchen looks like it will collapse on you. Majority of the security/Floodlights are burnt out. The back sites are complete mud pits when wet because they didn't put down gravel. You can clearly see where they just dozed the forest. I posted pics on Google to show the conditions. Bathrooms weren't cleaned in days and frequently ran out of toilet paper. Poop on the walls the entire time I was there. The bathroom doors aren't even real doors. If your handicapped do not go here the facilities are not accommodating. I twisted my ankle walking in the grass because of all the holes. What a shame. Spectacular views and great location. Super sad the park has been so neglected.

Maybe they just take your maintenance fees and pocket them to maintain the owners lifestyles, it is not put into the park. Being a member of California River Adventures and owner at Sedona Pines, I could see where my money went. If they charged $50 a night I would have to stay 100 nights plus to recomp my investment. What a joke. Take a look at their other properties and the same neglect is apparent .

This review is the subjective opinion of a Tripadvisor member and not of TripAdvisor LLC.
scl101760
Yakima, Washington
51
Reviewed 30 May 2017
The best

Great place. Clean, secure, well maintained. The people here care and it shows. Thank u Deanne in the office, u r amazing. The rest of the staff as well. Played card bingo for the first time, the guy with the long hair, just brilliant, had a great time. Great golf course, only 9 holes but outstanding. Indoor pool, yes! safe for the kids. Trouble free experience without a doubt. Love Maple Grove! Say hi to Pearl!! They even had events for the kids.. WOW!!

Room tip: 54 Full hookup sites and plenty of partial hookups to choose from as well. Wooded down by the river or open up front. WOW!!
Ask scl101760 about Maple Grove RV and Golf Resort
1  Thank scl101760

This review is the subjective opinion of a Tripadvisor member and not of TripAdvisor LLC.
PreviousNext
12