Hotels.com
Orbitz.com
HurbUS$142
View all 20 deals
* Prices are provided by our partners, and reflect average nightly room rates, including taxes and fees that are fixed, known to our partners, and due at time of booking. Please see our partners for more details.
Mike B
Newport Beach, California
1041667

Choices in Longview and Kelso, that are pet friendly, are limited. This Quality Inn is very clean and surprisingly quiet. The check-in was friendly and quick. Breakfast was good. You do have to drive into town for dinner. There is no restaurant withing walking distance... unless you want a hike. Somewhat pricy for what you get.More

Thank you for sharing your experience with us! Our rates are higher during the summer months and are competitive to the other hotels in the area. We are glad you had a good stay with us. We hope to see you again next time you're in the Longview/Kelso area.

Report response as inappropriateThank you. We appreciate your input.
This response is the subjective opinion of the management representative and not of TripAdvisor LLC
See all 241 reviews
Nearby Hotels 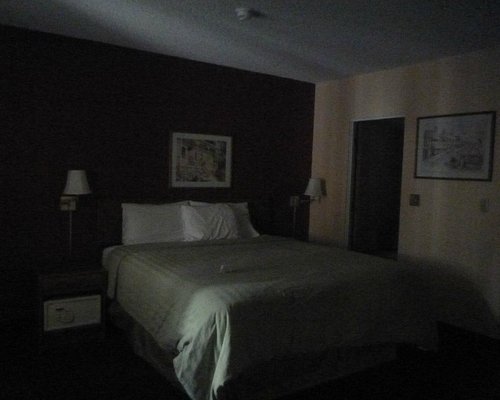 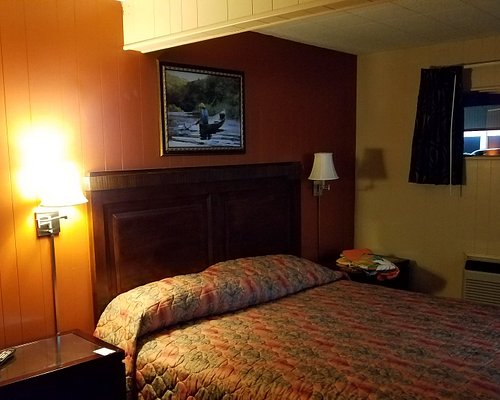 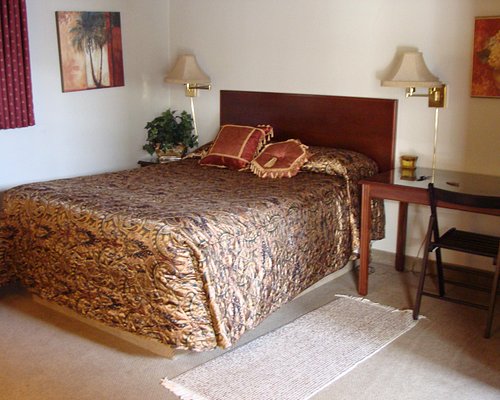 The front desk staff and the woman who manages he breakfast in the mornings. We’re wonderful. Friendly and helpful. The entire property, however, The entire property, grounds and interior need a thorough cleaning and up grade. The carpets in both rooms we rented were heavily stained. Paint is worn and dirty in places. The bathroom fixtures were from the 80s. The grounds are dirty and overgrown. The building is wedged in between two car dealerships and and you cannot run onto the street from the west making you drive a very long circle to get to the hotel. After being out for a day we returned to our room in the evening to find that it had not been cleaned at all. The trash was not emptied, bed not made, towels not changed. The desk clerk brought us towels and emptied the trash and the maid’s log stated that she had cleaned our room.

Room tip: I will not come back to this hotel so I am not the person to ask.
Ask Brian K about Quality Inn & Suites
Thank Brian K

I am sorry you feel our hotel did not meet your standards. I would like to apologize for the housekeeping issues you found. I have discussed this with my housekeeping supervisor as well as our entire housekeeping team. This is definitely not the norm for them. We are constantly looking for ways to improve and have been doing renovations for the last few years. We replaced all the lighting in the hotel, new drapery, new carpet and refinished all of our furniture. We have more planned. We are currently working on renovating our bathrooms and should be done later this year. Our maintenance department is constantly working on the landscaping on the property, I will make sure he gets all the weeds removed. I hope you reconsider staying with us again.

Report response as inappropriateThank you. We appreciate your input.
This response is the subjective opinion of the management representative and not of TripAdvisor LLC
ahaskell
Cincinnati, Ohio
270166
Reviewed 26 June 2019
Comfortable hotel in an industrial area.

Thei was a comfortable hotel surrounded by next to nothing. It had a comfortable bed and nice furnishings. The breakfast was exceptionally good. Enough hot and cold items to satisfy any traveler. They had an onsite laundry that was quite inexpensive.

Thank you for choosing us! We take pride in our hotel and work hard to assure our guests are satisfied. We are so glad your stay went well and look forward to seeing you again next time you're in the Longview/Kelso area.

Report response as inappropriateThank you. We appreciate your input.
This response is the subjective opinion of the management representative and not of TripAdvisor LLC
debbies378
Olney, Illinois
17172
Reviewed 27 May 2019
Decent place

Got to the motel at 10 till 3 we were told room would not be ready until at least 4, hung out in the parking lot until we could get it. All you could smell when we got in the room was lemon cleaner. Thank goodness I am a Scentsy Consultant and go nowhere without it! By the time we got back from supper it was better. It was pretty clean. Breakfast was ok but not outstanding. It is pet friendly which is another plus for us. Bed was pretty good but pillows need replaced. It could use some updating for sure!

We appreciate you sharing you experience with us. I'm very sorry your room wasn't ready until 4. This is definitely not the norm for us. I'm sorry for any inconvenience this may have caused you and your family. We are actually in the process of a few renovations. We finished replacing all the carpet earlier this year. We are renovated our bathrooms currently. We have 22 so far done and hoping to finish the remaining soon. I will talk to our housekeeping department regarding the amount of cleaners they are using in the rooms.

Your feedback is very important to us and we can assure you that we will use this information to do everything possible to create an enjoyable experience for each of our guests. We hope to see you again soon!

Report response as inappropriateThank you. We appreciate your input.
This response is the subjective opinion of the management representative and not of TripAdvisor LLC
justusbugs
Lady Lake, Florida
41
Reviewed 2 March 2019
One star is ONE too many...

Because of the 4 star rating, we opted for this place instead of our first choice. Big mistake. We checked in and went out to dinner before examining our room, so it was rather late when we finally got back in and went straight to bed. When I brushed my teeth, I looked down into the sink and the overflow hole was encrusted with debris and a pubic hair was dangling out of the hole. Disgusting. Looking around the bathroom, the tub was in similar condition. I sprayed the area with Lysol, as well as the bedding because it didn't smell clean either. We got into bed and I reached up to the headboard and felt something sticky. It was encrusted with something. I got up, grabbed a towel and washed down the headboard.

We had no sooner dozed off when we heard what sounded like a thundering waterfall in the walls of the room. The neighboring guest had apparently flushed the toilet. We heard the same rushing sound from the guest on the other side of us. This occurred at least a half dozen times during the night, each time waking us up. Doors in the hall were so loud, and people going up and down stairs at the end of the hall, sounded like herds of elephants.

Next morning, although we hadn't slept, other reviews had said breakfast was delicious, so we got up and went to the lobby at 6 A.M. There was a small array of breads, some cold round discs that looked like they might be eggs. And tepid, steamed sausage patties dripping with water. Barely edible. Coffee was decent. The trash bin where most of our breakfast ended up was so filthy I used a napkin to open the lid. The worker was milling around in front of it, but did nothing to clean it.

Upon checkout, we voiced our complaints about the room to Betty, a pleasant manager, who apologized for our terrible experience. She asked why we hadn't complained about the noise or filth earlier. We explained that, after hours on the road, we were too exhausted to put ourselves through more hassle in the middle of the night. All we had wanted or expected was a clean room and decent night's sleep. She said she'd reduce our room by 15% and speak to the owner about doing something more. Apparently the owner didn't see the need, because no further adjustment was made to our charge. We will never return to this property. Friends were traveling through Longview the following weekend and we warned them to avoid it, as well. Unfortunately there is no way to give ZERO stars in the rating.

I'd like to apologize for the quality of your stay. We strive to provide relaxing and comfortable stays, which we failed to provide for you. I did talk to our head housekeeper as well as the housekeeper who cleaned the room prior to your arrival to ensure this will not happen again. Our rooms are checked daily by our head housekeeper, even if it was not used to ensure the quality of the rooms for our guests. This is definitely not the norm and we are retraining our housekeeping staff up to Quality Inn & Suites standards. Our breakfast is generally fairly good, we are sorry you weren't pleased with the breakfast. We try to get as much grease off the sausage as possible but unfortunately because of the type of meat it becomes greasy again. I did adjust your room by 15% off. We felt that was fair from what you had told me at check out. I can promise that a future stay of yours at our hotel would be much better if you give us another chance.

Report response as inappropriateThank you. We appreciate your input.
This response is the subjective opinion of the management representative and not of TripAdvisor LLC
bunnylover1961
Evesham, United Kingdom
3419
Reviewed 2 October 2018 via mobile
Good stop over near Mount St Helens

Thank you for sharing your feedback with us! We are thrilled to see you enjoyed your stay. We look forward to seeing you again next time you're in the Longview/Kelso area.