US$164
US$107
View deal
Free cancellation until 21/10/01
Priceline
Hotels.comUS$161
FindHotelUS$164
View all 16 deals
* Prices are provided by our partners, and reflect average nightly room rates, including taxes and fees that are fixed, known to our partners, and due at time of booking. Please see our partners for more details.
BeenToRome
1

I stayed at this hotel for 6 weeks from January to February 2020. My company required that I checkout every week so I had the chance to stay in many different rooms. All but one of the rooms were very noisy due to the adjacent highway. 18 wheeler truck horns were frequent, waking me up often so it was hard to get a good night sleep. When I asked for a quieter room, the front office manager, Sarah, threatened to call my employer. Which she proceeded to do. I still don't understand why asking for a quieter room was such an unreasonable request that she felt the need to call my employer. In addition, breakfast was never varied and was often pulled early. I stopped eating it after the first week and ate in my room instead. Because of how I was treated by the front office manager I have negative feelings towards the customer service provided by this hotel, however I did receive decent treatment by the night staff and shuttle bus drivers. I would never stay here again if I booked on my own volition. The Marriott quality is lacking here.More

Show less
Room tip: Ask for a room that faces the interior courtyard and pool areas.

We appreciate you writing a review. We did address this with you when you did you last review for the stay. We have checked on the feedback given and address those things as needed.

Report response as inappropriateThank you. We appreciate your input.
This response is the subjective opinion of the management representative and not of TripAdvisor LLC
See all 301 reviews
Nearby Hotels 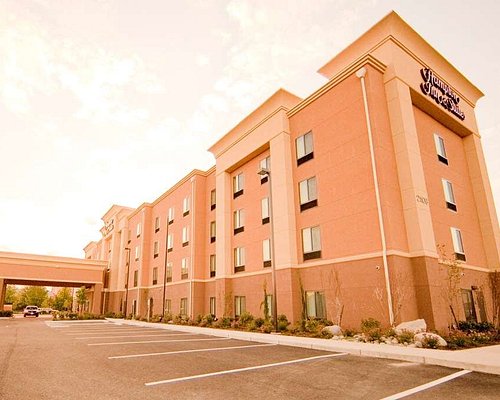 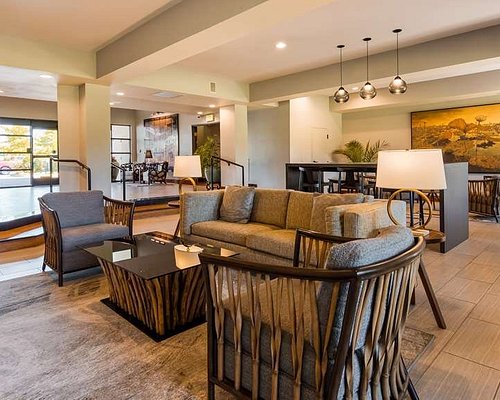 Top Rated
Breakfast included
Best Western Plus Plaza By The Green
US$160
US$145
Booking.com
View deal
Free cancellation
Reserve now, pay at stay
Tripadvisor
US$145
Hotels.com
travelup.com
US$160
View all 19 deals from US$145
982 reviews
6.5 km from TownePlace Suites Seattle Southcenter

Expedia.com
View deal
Booking.com
US$106
Destinia.com
US$101
Hurb
US$107
View all 18 deals from US$101
321 reviews
7.0 km from TownePlace Suites Seattle Southcenter
We compared the lowest prices from 18 websites
Top Rated
Breakfast included
Sponsored
Best Western Plus Plaza By The Green
US$145

I was booked here by another hotel. I found it out of the way and wouldn’t have stayed here by choice. There is a Starbucks and a 7 Eleven across a side street. But, to find a good restaurant you have to drive or take Uber at least a mile away. The hotel provides courtesy shuttle to/from the airport.

Rachel at Front Desk was welcoming and considerate.

The room assigned to me had all the kitchen amenities you need for a long term stay and a good work table.

The morning breakfast was not fancy but I found enough choice to start the day.

The hotel seems due for a refurbishment. But, for a one night stay it was OK.

We apologize that you got relocated to us and it was out of your way. We appreciate the feedback that you gave.


We hope that if travels brings you closer to us that we see you again.

Report response as inappropriateThank you. We appreciate your input.
This response is the subjective opinion of the management representative and not of TripAdvisor LLC
Justahick
Layton, Utah
11225
Reviewed 21 February 2020 via mobile
Not Impressed at all

I stayed here for a business trip to Kent Wa. The hotel is ok nice and is showing its age. The parking lot and drive are very tight and difficult to navigate. Everything else is standard TownPlace Suites set up. The only major issue I had was the excessive amount of traffic noise coming in from the hwy outside. That is enough for me to not recommend this location as it is too noisy.

This review is the subjective opinion of a Tripadvisor member and not of TripAdvisor LLC.
katcrr
9523
Reviewed 30 November 2019 via mobile
Marriott

Outside cute and manicured.
Room are worn out. Sofa sleeper is awful. Lots of little broken things including the phone access to front desk and very small room ..TV offers basic service only. Small size TV .

This review is the subjective opinion of a Tripadvisor member and not of TripAdvisor LLC.
NewWestminster
New Westminster
72
Reviewed 8 October 2019
Overnight stay

Stayed 1 night at this hotel precruise. Has a fvree shuttle service to and from Seatac - just had to call when we landed and someone came right away to pick us up.
Staff was friendly and helpful and free breakfast was very nice and well presented.
Immediate surroundings were not the best - kind of industrial/commercial but not far from Southcenter Mall - we were able to walk there and then Ubered back to the hotel.
Rooms were older but clean and well maintained - there was a smell of cleaning products when we first entered room but we turned on the stove fan and it disapated quickly.
Only disapointment was that the hot tub was broken and we were not informed of that in advance. I always book hotels with a pool & hot tub so was not pleased about this.
All in all though a good place to stay. Would be especially nice for longer stays as the rooms have a full kitchen.

This review is the subjective opinion of a Tripadvisor member and not of TripAdvisor LLC.
randyfrym
phoenix
14591
Reviewed 27 September 2019
Comfortable and pretty property but service is lacking professionalism

My family had a 14 hour layover at Seatac on a return trip to Asia. Rather than spend the night at the airport, I booked rooms at this TownePlace Suites (1) because I am a Marriot Bonvoy member and (2) because they offered shuttle service between the airport and hotel. I called the hotel several weeks before our trip to get details on the shuttle service and was disappointed that they didn't answer the phone regularly; I had to try a couple nights in a row before getting a human. When we landed, we followed instructions on how to get the shuttle, we were told the shuttle would be there in no more than 20 minutes; 25 minutes later when trying to call back, alas no one answered the phone. Okay, at some point we were picked up and made it to the hotel. The gal at the desk worked to get us checked in; we asked about an additional room - she had it, but then got herself confused in what keys she should give us and what keys she might have given out to a previous guest, seemed frozen in how to proceed, needed to start over, etc; we just tried to get a room number while she sorted it out so we could order some pizza. The long an the short of it; we landed at 6:30 PM, called for a shuttle around 7:30 PM (15 minute ride between airport and hotel) and yet it was 9 PM before we were handed the keys to our rooms. The accommodations were clean, spacious, and lovely, and really all we needed for the 10 hours we were going to be on the property. Pool and outside looked great; we didn't get to see it in daylight hours. We inquired about a morning transfer to the airport, were recommended to be on a 7 AM shuttle, made a reservation for that and went to bed. Breakfast doesn't start until 7 AM - although there are some fruit and muffins you can enjoy sooner. At 7 AM the shuttle was ready and about 16 folks were there to board for 12 seats. People were piling in and the driver was loading luggage when I inquired how this was going to work. She then suggested they would try to accommodate everyone and tried to poll for flight times. I asked if all these folks had reservations (they did not) and lobbied that they prioritize those of us that had reservations. That was met reluctantly (sorry if I was steadfast in my request, but I can't stuff all 8 of my family in an UBER). Yes, we were accommodated on that shuttle; I am sorry about folks that needed to make other arrangements last minute, but the one shuttle would not have been back for another 30-40 minutes after a roundtrip run to the airport, but it was an uncomfortable transfer service as I felt that I had questioned how they do business. So, overall, comfortable accommodations on a nice looking property, if you are looking for a place to stay, but I urge caution if you are relying on their shuttle service or need an early breakfast, or need any additional support and services from the staff; they seem ill equipped to manage those requests.

This review is the subjective opinion of a Tripadvisor member and not of TripAdvisor LLC.
View more reviews
PreviousNext
1…456…