US$90
US$84
View deal
SAVE US$6
Agoda.comUS$89
WyndhamUS$89
getaroom.comUS$90
View all 16 deals
* Prices are provided by our partners, and reflect average nightly room rates, including taxes and fees that are fixed, known to our partners, and due at time of booking. Please see our partners for more details.
Steven P
Portland, Oregon
55

A bit tired, but decent place to stay.

This often gets the lowest rates in town (only on SnapTravel though.) But it's a step up from Motel 6 and two steps up from America's Best Value Inn. Plus, unlike ABVI, you don't have to come armed. (Kelso can be a rough little town, what can I say?)

Let's face it, the Hilton it's not. I've stayed here on occasion for 20 plus years. I think they do a darn good job of keeping it up despite the age.

It has an indoor pool. (closed due to the Scamdemic now) free continental breakfast, and it's usually quiet. Right next to the high school, so one can often stroll over and catch an exciting, small town football or baseball game in season. (When was the last time you did that?)

If you want a notch up, the Red Lion is right in front of it. But you'll pay at least double. So for a quick night's rest & entertainment right off the freeway, or a locals cheap getaway,,, it's a good value.More 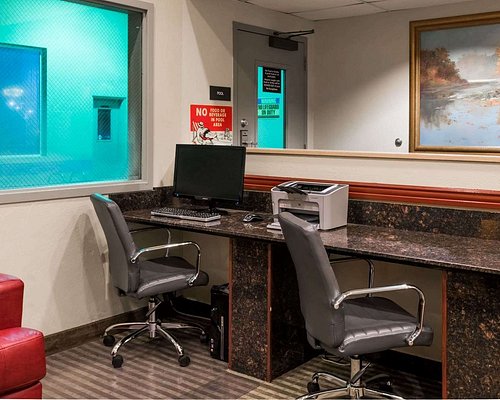 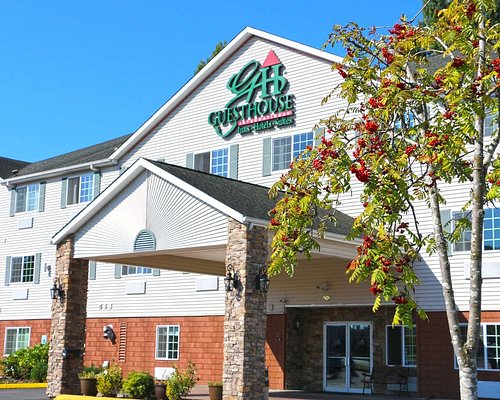 The second worst place I’ve ever stayed! Stay away from this place! We had to buy air fresheners for the room it was so bad! There were people up and slamming doors all night and morning from 11 pm to 5 am. We didn’t even want to sleep under the covers.

Review collected in partnership with this hotel
This business uses tools provided by Tripadvisor (or one of its official Review Collection Partners) to encourage and collect guest reviews, including this one.
Ask jasonforegolf about Super 8 by Wyndham Kelso Longview Area
Thank jasonforegolf

This review is the subjective opinion of a TripAdvisor member and not of TripAdvisor LLC
alfredbcraig
Toledo, Ohio
1
Reviewed 23 October 2020
Dirty Covid Pit

Poor service, rear door chalked open by smokers, faucet and shower problems, no lotion, inconsistent room cleaning with no masks, employees with attitude, terrible coffee, and no masks worn by employees or clients.

This review is the subjective opinion of a TripAdvisor member and not of TripAdvisor LLC
Kim Z
Longview, Washington
1
Reviewed 10 September 2020
Homeless,looking for new apartment

I couldn't get them to change my sheets,they don't change sheets after10 a.m. I'm not broke and after a week would like my sheets changed. I may not have a home yet but would love clean sheets. And it won't let me write a review under200 words.

Review collected in partnership with this hotel
This business uses tools provided by Tripadvisor (or one of its official Review Collection Partners) to encourage and collect guest reviews, including this one.
Ask Kim Z about Super 8 by Wyndham Kelso Longview Area
Thank Kim Z

This review is the subjective opinion of a TripAdvisor member and not of TripAdvisor LLC
mstessie
Missoula, Montana
6417
Reviewed 4 August 2020 via mobile
Never again!

Looks nice from outside but dirty in! First room they put us in was dirty, smelled of cigarettes. The bedspread was torn and dirty. She moved us down the hall and it wasn't much better. Due to covid we used Lysol in the whole room and our own pillows. Stripped the bed and found that they had new mattresses and left the plastic bag on them! So when you sat on the bed it billowed up with trapped air. I complained and desk gal said the owners wanted them left on. She gave us permission to tear the bag off and bring it to her. Carpet dirty, tv remote broken.
The whole place reeked of cigarettes. Everytime I went to find desk gal she was out smoking. Due to covid all ammenities were not offered but still charged full price for that dump! Dirty, run down....go somewhere else!

When we first arrived for our stay and checked in to the room, we could hear cursing and overall fighting coming from the room next to us. So loud we could hear what they were saying pretty clearly and it was aggressive. We even heard what sounded like a physical altercation. My husband immediately went to the front desk and told them there was s big fight next door. They didn't seem surprised or really that concerned, but did offer to give us a different room. So we picked up our stuff and moved down the hallway. The lack of concern bothered us, is that a regular occurance there??

Room tip: I can't advise on that, we were one & done, we won't return there. We were uncomfortable from check in til check out.
Ask BestBetLiveMusic about Super 8 by Wyndham Kelso Longview Area
Thank BestBetLiveMusic