US$85
US$59
View deal
SAVE US$26
Expedia.comUS$67
PricelineUS$69
Trip.comUS$85
View all 14 deals
* Prices are provided by our partners, and reflect average nightly room rates, including taxes and fees that are fixed, known to our partners, and due at time of booking. Please see our partners for more details.
raylenef2020
Chehalis, Washington
1

I just want to say this is the worst hotel stay i've ever had the guy that says he's the manager and house keeper are the rudest most un compassionate un careing down rite horrible people I've ever met!

Trip type: Travelled with family
See all 44 reviews
Nearby Hotels 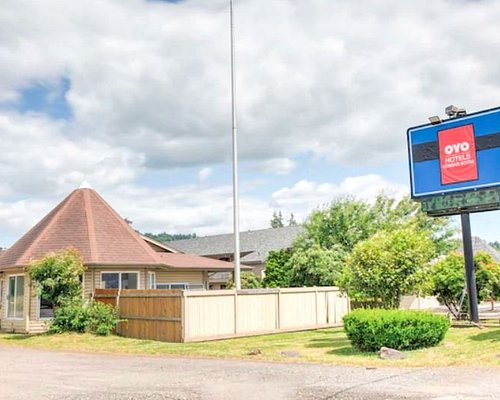 Breakfast included
OYO Woodland Hotel and Suites
US$86
Booking.com
View deal
Free cancellation
Priceline
US$86
Hotels.com
US$85
Trip.com
US$94
View all 17 deals from US$85
93 reviews
13.8 km from OYO Hotel Kalama
We compared the lowest prices from 17 websites 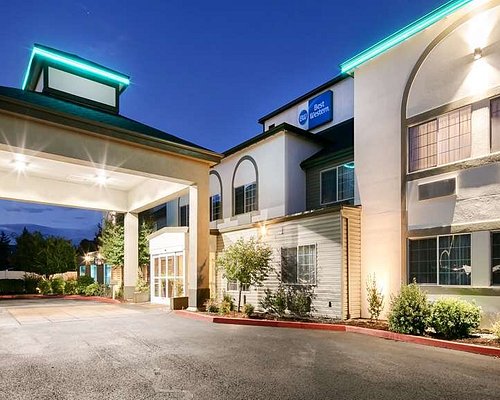 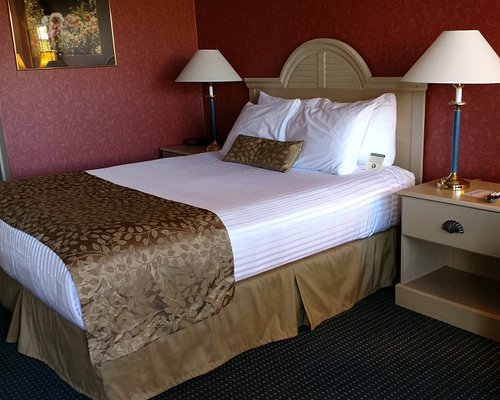 The person at the desk was friendly we asked for a room with a comfortable bed. We got a comfortable bed but no a/c it didnt work and no screen on the window to open it without everyone seeing in. It was horribly hot. The girl at the desk said they would get it fixed and to just go to dinner. We should have just left like we were going to. We came back to a still hot room and no attempt to fix the a/c. It was too late at night and we were told that we still had to pay for the room if we left. I asked to speak to the someone else who could help but nobody was available until the morning. I went to get ice to help cool down and found an empty ice machine it was also not working. I opened the bathroom window over the shower and tried to go to sleep. The pocket sized pillow for the bed was too small to really use. I went to get another one and they had none. I used my clothes. In the morning I checked out and asked to speak again with someone about my stay and the girl said it was already done. I would receive a refund of 33.27. I thanked her and left. I still have not received the refund a month later but did get a text from them today stating per the OYO refund policy I would not be receiving one. Wow! It was just a ploy to get me out of the office so they could keep collecting money. Do Not Stay Here not worth it!

I rarely post reviews about hotels we stay at but this one definitely deserves one. First off we set the reservation online and only saw the pictures posted online. We decided it looked reasonable for the price they were asking. After a 13 and a half hour drive and being tired as could be we pulled down the road right next to the freeway and pulled into this delight of a "Hotel" which is actually a motel. The office door is locked and I had to call the phone number posted on the front door. Now this being said this was the first time ever getting the motel's actual number and not calling a whole different state of where we were staying. We paid and got our room. Once opening the door, not only were the pictures we saw online completely fake but the room looked nothing like them at all. The beds are horrible, they were about double the size of a couch pull out mattress and they felt like sleeping on broken box springs. We noticed the cable box was just hanging on the wires while the box was supported by the table placed right in the main walk way from the door well ok the only walk way into the room. The curtains are barely hanging on the poles that are somehow still screwed into the wall above the windows. The bathroom door had a dead fly on it. There were dirty finger prints on the wall and the paint was peeling away from the wall and ceiling. There was some drywall that either was cheaply replaced or just some kind of half assed attempt to fix it. The walls were completely dirty in by the beds. They left is 2 wash cloths and 2 hand towels for us to dry off with after showering. When I asked if they had any larger towels they said no. The shower would spray hot then cold then warm then it would start the process over again. At least I can say the water pressure would take paint off the wall. When housekeeping came into clean the room they just left our toilet paper and those wonderful towels just sitting on the beds. They did not clean the room just left new soap and body wash with that so popular shampoo/conditioner that all hotels are so fond of. So if you are thinking OYO of Kalama Washington is the place for you I would definitely say look elsewhere hell there was a run down motorhome in the parking lot and those people were from my guess were living there in the parking lot ( and no they were not employed by this establishment) so in my review if it was possible to give zero stars or negative stats I definitely would.

This review is the subjective opinion of a TripAdvisor member and not of TripAdvisor LLC
Mary22112
Saint Joseph, Missouri
296
Reviewed 17 August 2019
Hotel in transition!

We did not realize why we got an amazing rate when we booked this hotel. We now know why. They are in the process of changing their brand. We stayed one night. We arrived right after the entrance and parking area of the hotel were resurfaced - so portions of the hotel were not available. We checked in and were informed that the hotel was having a major face lift in and out. They did have a room for us. The floors were recently recovered with a faux wood material. You could tell that people had been in and out of the room because of the minute sand and gravel on the floor. The bed was not comfortable but it appeared clean. The bath room appeared clean. We expected to have a noisy night because of the proximity to the freeway. But it was quiet. Also we were surprised to find out that the roofers had arrived early morning and had been moving trucks around to receive roofing material. They were likewise very quiet. We were impressed. I think that this hotel will be a good place to stay when their renovations are complete. They did not have a breakfast but we received a discount at the neighboring restaurant.. The food and service was great!

This review is the subjective opinion of a TripAdvisor member and not of TripAdvisor LLC
heydusti
Olympia, Washington
235
Reviewed 6 June 2019 via mobile
Friendly service but facilities lacking

This was a strange stay. I was staying for a few weeks for work. The first couple of weeks, things were okay. Then front desk staff insisted on coming in to check smoke detecyors. Then they called me back down to the main office to tell me they were no longer a Motel 6 and needed to get all my information again. Then a few days later, the power went out and we were all evacuated to other hotels. Four days later, they dtill did not have power.

The parking lot has a lot of potholes. The office is far from any rooms. Sometimes the bar next door had a rowdy crowd.

Staff was generally friendly. Not recommended except in a pinch.

This review is the subjective opinion of a TripAdvisor member and not of TripAdvisor LLC
Metatron8
Vancouver, Canada
2
Reviewed 3 March 2019 via mobile
Wow!

Kelly & T.J. Are an amazing team. Very welcoming and open. The hotel was very well kept and clean. Had amazing conversations and fresh tasty free coffee thank you Motel 6 Kalama. We will return

Hi, Thank you for taking time to share your review with us. We're happy to hear the service was great and you were taken care of by our staff. We hope to see you again soon. Safe Travels.