Louis Fitzgerald Hotel
Louis Fitzgerald Hotel
Lowest prices for your stay
Lock in the lowest price from these sites
US$117
US$100
Reserve now, pay at stay
View deal
TripadvisorUS$100
Travelocity
Orbitz.com
eDreams
Expedia.comUS$117
Hotels.comUS$117
View all 17 deals
* Prices are provided by our partners, and reflect average nightly room rates, including taxes and fees that are fixed, known to our partners, and due at time of booking. Please see our partners for more details.
DarraghF9
Dublin, Ireland
2

Staff were great, very accommodating, we knew we were going to arrive late after leaving IKEA at 8.30 and last order for food was 9pm. We rang ahead, staff read the menu over the phone and took our order ensuring us that we would have our meal. I highly recommend this hotel having stayed many times before and having the same level of service regardless of the need.

Trip type: Travelled with family
See all 1 467 reviews
Nearby Hotels 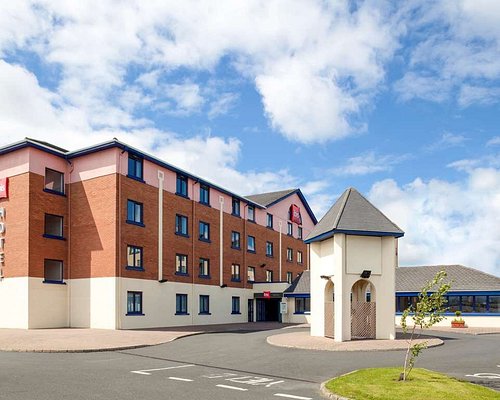 Top Rated
Aspect Hotel Park West
US$159
US$114
Tripadvisor
View deal
Free cancellation
Pay up to 12X
Travelocity
Booking.com
ZenHotels.com
US$159
View all 18 deals from US$114
1 197 reviews
2.1 km from Louis Fitzgerald Hotel
We compared the lowest prices from 18 websites 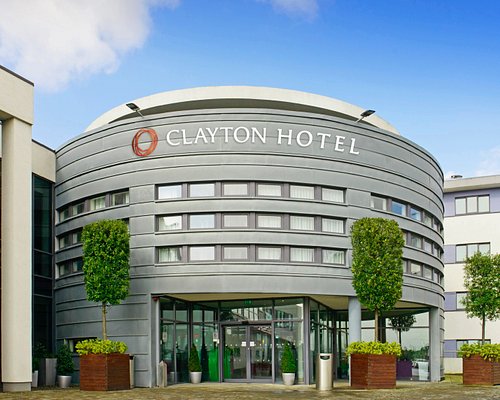 A wonderful place to stay, great food reasonably priced with very friendly staff. Rooms clean and covid compliant. Location is very central to North and south side of Dublin and city center. Reception have very welcoming staff and are always in good humor.

This review is the subjective opinion of a Tripadvisor member and not of TripAdvisor LLC.
972JamesO
Cork, Ireland
236271
Reviewed 14 June 2021
Differing Experiences in the same stay - Bed was worst I've ever experienced

I book this hotel for a Sunday night stay as I had a full schedule in Dublin and beyond on the following Monday. I even went to the bother of ringing the hotel to confirm I would be arriving late and leaving early, hence requested a quiet room.
I was seamlessly checked in on arrival by a pleasant young lady and to be fair on first impressions the room I was allocated was clean and adequate with everything one would wish for a single night stay or so I thought.
After showering I retired to bed at circa 23.45 when it became obvious that there was a party in a house across the carpark, and whilst the hotel couldn't be responsible for that, it is their responsibility that the windows and blackout blinds did nothing to dampen the noise volume.
This however as it turned out was not by any means the main issue with the room ! The double mattress of the bed was actually two small single mattresses pushed together on a made up base ?? As whichever one you were mostly on compressed under your weight the mattresses splayed away from each other a little and the hard edges of such resulted in an experience akin to trying to sleep with a length of 2 x 2 timber down the middle of the bed. It was quiet honestly the worse bed I have ever tried to sleep in.
Unable to get any sleep and being extremely uncomfortable I rang down to reception at 00.15 and requested that I be moved to a room with a single piece mattress, being the least I would expect from a hotel.
20 minutes later at 00.35 a gentleman, whom I assume was the night manager knocked on my door to inform me he was very sorry but that due to Covid restrictions there was no other room available ! Not in any way willing to accept this situation I brought him into the room and stripped the bed asking him how anyone was expected to sleep on it ?
To give credit to the hotel he did go away and returned 10 minutes later with a key to a suite with a double mattress ( I believe it was the bridal suite ) however the labels on other doors seem to suggest that they were also available.
So having travelling from Cork to Dublin for the sole purpose of getting a proper nights sleep so as to be fresh for a busy Monday, I eventually got to bed at 01.05. I would have got better sleep if I had stayed at home and simply left at 04.30 or so. That said the sleep I eventually did get was comfortable.
It is the service where this hotel scores well, I went for breakfast and was well looked after by two pleasant young men and the the attentive lady attending the breakfast room. I ordered a full Irish which was freshly cooked and promptly delivered to the table well presented, if with a little more grease on the plate than was necessary or would be expected.
So would I stay again ? absolutely not unless I was guaranteed that I was to receive a proper double mattress !! If I was assured of such I would certainly stay again, I thought the price charged was very reasonable, however, does such a room exist in this hotel ? I don't know.
I rate every establishment, hotel, restaurant etc with a 5 star as I walk in the door, after which it is up to them to keep it.
As I had requested a quiet room, I believe it fair that the noise lost them a star, the bed most definitely lost them a star ( probably should have been two ) having lost 1 & 1/2 hours sleep ( being the main reason I was there at all ) lost them a star and having to strongly advise the night manager that I simply wasn't having "we don't have an alternative room" bit, should have lost them another star ! however to be fair he did come good in the end. So that's a 2 stars score, however the service in general was very pleasant and attentive, hence I awarded an additional star for that.
I would strongly advise that you not book this hotel without firstly assuring that the bedding arrangement I experienced will not apply to you, it was without question the most uncomfortable bed I have ever failed to sleep in.

This review is the subjective opinion of a Tripadvisor member and not of TripAdvisor LLC.
barryj1
Dublin
615
Reviewed 10 June 2021
Lovely to be back

We stayed last weekend ...Nice clean room , with with really friendly staff. Dinner in bar was very tasty and service was good . The bar was busy but there appeared to be good distancing between tables.. We did not avail of breakfast. All in all an enjoyable stay .

This review is the subjective opinion of a Tripadvisor member and not of TripAdvisor LLC.
brennanIreland
ireland
2922
Reviewed 8 June 2021 via mobile
First post lockdown break.

Stayed on the bank holiday Saturday night. The reception check was quick and efficient. The lady was so nice and polite ( so sorry we didn’t get her name)and on the following morning checked us out, very professional pleasant person. There was a person cleaning the foyer toilets and lifts.

The deal was three course meal, cocktail and breakfast. The evening meal did not have extra charges and includes strip loin steak. Bearing in mind that they had just opened and were short staffed. The starter was a bit cold and the chips were greasy. But the portions were large.

The room was spotless and had a window that opened. You would be surprised at the amount of hotel rooms that don’t have opening windows. The room was at the back and unbelievably quite for beside the Naas road. We had a perfect nights sleep on comfy beds, windows open and no internal noise. Brilliant shower the next morning.

Then onto breakfast, here Eoin our waiter was brilliant. The breakfast was big, sausages x2 , rashers x2, eggsx2, white /black pudding, hash brown, mushrooms, tomatoes, and a pot of beans. Topped of with soda bread and a pot of coffee, this after a large bowl of fresh fruit. There was also yogurt and juice ( not fresh). You could have omelette, pancakes or fry. Eoin then checked twice we were ok and answered any question we put to him.

So would we return. Both of us would in a heartbeat. Thanks Louis Fitzgerald staff for a great stay, see you again.

This review is the subjective opinion of a Tripadvisor member and not of TripAdvisor LLC.
Moooonman21
Dublin
178
Reviewed 7 June 2021
Downhill

Where do I start , definitely not gonna stay again , I have stayed here several times in the past but this the last time , wouldn't recommend anyone to stay here. On check in we were told we would need to give a 100 euro cash deposit, this I find ridiculous, when I asked as to why we are being asked for a cash deposit I was told this is just something we do. (No atm in hotel to take cash out, you have to leave the hotel to go across to the garage to get cash out, no mention of this either in email confirmation send after booking) iv worked in a hotel myself and would never insult a guest with this inconvenience, and I'm well aware the hotel was busy but when retrieving the cash deposit back the following morning there was roughly 15 envelopes containing cash deposit, so I'm gonna assume the receptionist that was on is picking and choosing who he asks for a cash deposit. Also not one single bit of information giving on dining or breakfast times or any of the standard information giving to a guest on check in that is giving in any well run hotel.
Myself and my parter arriving into the dining are abound 7.50 , waited 10 minutes to be asked would we like a menu or a drink, ordered food and a drink , around 8.50 after giving the benefit of the doubt that they were just busy I decided to ask where our food was , after roughly ten minutes of waiting the manager and waiter came over and told me unfortunately there has been a mixup and the restaurant was now closed and we would not be able to order from the restaurant. The manager and the waiter were lovely and the manager gave us out drinks for free , we had two each , it was a lovely gesture but it does not take away from the fact this was out first chance of eating in a restaurant after such a very long time. The cleanliness of the rooms are disgraceful I will attach pictures. Also one last thing , when I went to get cutlery for the take away we had to order at around 11, I took the stairs back up to level 1 to which the elevator door opened and a "gentleman" was passing all over the elevator and the carpet (level 1 , 11.05 if you wanna check want to confirm on your cameras? I have a snap chat of the incident, I won't post here but I will post pictures of the room. Such a long time to prepare for opening and I think over all very little effort has been made to be ready for opening back up to the public. (It won't allow me to post the pictures I have , but if you do contact me i will happily show them to you)

This review is the subjective opinion of a Tripadvisor member and not of TripAdvisor LLC.
View more reviews
PreviousNext
1234…
<script type='text/javascript' crossorigin='anonymous' async onerror='__scriptLoadError(this,true);' src='https://