US$117
US$98
View Deal
SAVE US$19
PricelineUS$108
Expedia.comUS$102
ZenHotels.comUS$117
View all 15 deals
* Prices are provided by our partners, and reflect average nightly room rates, including taxes and fees that are fixed, known to our partners, and due at time of booking. Please see our partners for more details.
beckyZ4018DE
1

Staff is very friendly and helpful. room was comfortable. Close to MD Anderson for treatments. Covid has the meals cut back but you can get breakfast and lunch easily. Front desk staff was amazing. I locked my keys in my vehicle and he paid for my son to get an Uber so he could get to treatment on time.

Review collected in partnership with this hotel
This business uses tools provided by Tripadvisor (or one of its official Review Collection Partners) to encourage and collect guest reviews, including this one.
See all 1 284 reviews
Nearby Hotels 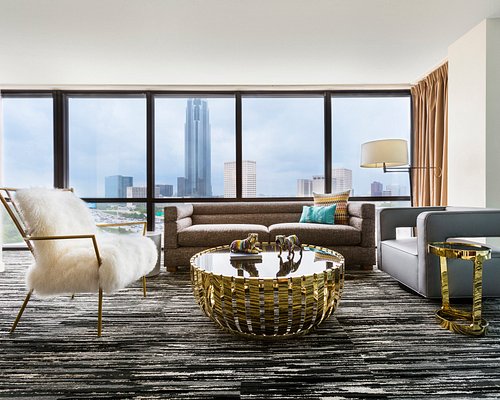 Hotel Derek Houston Galleria
US$187
Booking.com
View Deal
Free cancellation
Reserve now, pay at stay
Priceline
US$187
getaroom.com
US$107
ZenHotels.com
US$206
View all 17 deals from US$107
1 909 reviews
6.3 km from Wyndham Houston - Medical Center Hotel and Suites
We compared the lowest prices from 17 websites 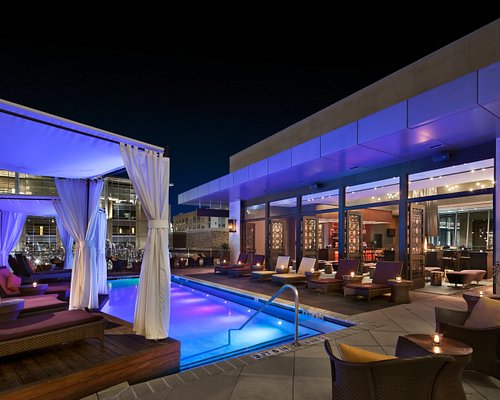 The Moran CITYCENTRE
US$254
Booking.com
View Deal
Free cancellation
Reserve now, pay at stay
Expedia.com
US$251
ZenHotels.com
US$179
Priceline
US$271
View all 16 deals from US$179
1 786 reviews
17.2 km from Wyndham Houston - Medical Center Hotel and Suites

Taking safety measures
We compared the lowest prices from 16 websites
DoubleTree by Hilton Hotel & Suites Houston by the Galleria
US$119
Booking.com
View Deal
Free cancellation
Reserve now, pay at stay
Expedia.com
US$118
ZenHotels.com
US$115
travelup.com
US$149
View all 14 deals from US$115
1 376 reviews
7.1 km from Wyndham Houston - Medical Center Hotel and Suites

Taking safety measures
We compared the lowest prices from 13 websites
Hilton Americas - Houston
US$196
US$163
Booking.com
View Deal
Free cancellation
Reserve now, pay at stay
Priceline
US$163
travelup.com
US$193
Hurb
US$196
View all 17 deals from US$163
3 724 reviews
6.6 km from Wyndham Houston - Medical Center Hotel and Suites

My only complaint is paying an extra $15 per day for parking at a hotel where you are staying. Parking that is not secured or visibly patrolled. The young man working the front desk was helpful. The rooms were adequately clean. The location was central to most things. You must be careful not to drive under the overpass when using GPS. Take the service road to your right if traveling from dallas to Houston

Review collected in partnership with this hotel
This business uses tools provided by Tripadvisor (or one of its official Review Collection Partners) to encourage and collect guest reviews, including this one.
Ask carlzworld about Wyndham Houston - Medical Center Hotel and Suites
1  Thank carlzworld

This review is the subjective opinion of a TripAdvisor member and not of TripAdvisor LLC
N9658RUkathleena
1
Reviewed 13 January 2021 via mobile
Not that great..

My son and I came to Houston for a hospital visit and booked a room with Wyndham due to its location and amenities. Before booking I checked restaurant/room service availability so I knew we could get onsite breakfast early before our 8am appointment. Upon arriving there was ample parking and checkin was quite simple. Overnight parking is $15 and they require that you place a tag on your rear view mirror, which they give you at checkin. All staff onsite were courteous and following proper COVID-19 precautions. We got to our room and immediately noticed a few unpleasant things. The lamp looked like milk or something similar had been splashed on the switch to turn it on. There was also white crusted spills on both of the side tables next to the couch. There is noticeable gunk on the curtains as well. There was also some crusted dried liquid in the front of the toilet that looked like it was from a tank overflow. We wiped the basics and started to unpack for the night. I looked through the book with the room service menu and took note that the book states the kitchen opened at 6am. As a side note, my son brought his own entertainment and wanted to hook it to the tv. You can physically plug your hdmi cord into the tv, but you cannot change the input or source on the tv. It is locked and unchangable. The rest of the room and bathroom was satisfactory. The next morning at 6am I placed a call to the kitchen for room service. No answer. I tried again at 6:15. No answer. 6:30. No answer. I called the front desk and the person how answered told me the kitchen opens “at like 7:30”. My son and I started getting ready as fast as we could so we could try to get breakfast elsewhere. I called down to the kitchen one last time at 7:15 as a last effort and thankfully they picked up. I explained our situation to woman who answered and she said she would tell the cook to get our food done as fast as possible. About 20 minutes later the woman who had answered the phone knocked on our door with our breakfast in hand! She was a lifesaver that morning. We were able to quickly eat a healthy breakfast and check out at our planned time. Check out was easy and again, the hotel staff was courteous and followed all the necessary precautions.
If you have specific needs, talk to staff upon checkin instead of relying on information on the website.
It wasn’t the worst, but it also did not meet my expectations at all.

I do want to commend the kitchen staff for going above and beyond for us! Thank you!!

This review is the subjective opinion of a TripAdvisor member and not of TripAdvisor LLC
chw3iii
1
Reviewed 17 December 2020
good place to stay.

Room was very clean. Everything was in its place and working condition. Staff was very nice and helpful. property had very good security. Will stay again in the future. Breakfast was also very good.

Review collected in partnership with this hotel
This business uses tools provided by Tripadvisor (or one of its official Review Collection Partners) to encourage and collect guest reviews, including this one.
Ask chw3iii about Wyndham Houston - Medical Center Hotel and Suites
Thank chw3iii

This review is the subjective opinion of a TripAdvisor member and not of TripAdvisor LLC
Mews62
Canada
129
Reviewed 7 November 2020
Plugged up dishwasher/bathroom sink.

garbage disposal drain backing up. It backed up into the bathroom sink and then the toilet. The poor maintenance guy worked well

over 1 and 1/2 hours TRYING to unstop it (even using an "electrical snake" didn't work). We even had another person show up at our

door looking for him because their toilet was stopped up (you all have plumbing problems in this hotel), too!

guy. Much later on, she called me stating that we could switch rooms. I went to the desk and asked how that was possible and she

said that there were people stuck in traffic (they had reservations in your hotel) and I could get 1 of the rooms. I then asked, "What

about them?" She then said that they would book them into another hotel. She then switched us to Rm. 1206 (oh....in this room we had

the awesome view of the other hotel. In our 1st room, we could see the "Skyline".).

Even though we had a "suite" at first, we were SHOCKED because there were no bowls (2, tiny glassware bowls for (Ahem!)

cereal)....no sharp knives to cut anything...and not even a trial size bottle of dishwashing soap (not even a packet of dishwasher soap

for the dishwasher). We had to use the handsoap to wash our dishes. SMH

SERIOUSLY!!!!?? I have NEVER seen that before! Even a "Motel 6" has machines on EVERY floor! Anyway, we weren't also told what

restaurants were close by...or even a convenience store that was close...if any.

And lastly, the 1-2 of the elevators kept messing up and would not work...from time to time. And my last complaint is.....NO one told us

where the stairwell was located on the Lobby floor. Once again, we had to ask.

Needless to say, we will NEVER use your hotels again and I'll tell people I know how you run your hotel and the problems we had. Everyone, PLEASE find another place to stay!

This review is the subjective opinion of a TripAdvisor member and not of TripAdvisor LLC
philfont2020
Youngsville, Louisiana
1
Reviewed 27 October 2020
Bad experience

Hotel charges $15+tax per night to park. Parking lot had standing rancid smelling water and every night when I returned to the hotel, I was accosted by panhandlers. Not sure what the parking fee was for but it sure wasn’t security or cleaning. We stayed there because my son had a medical procedure at Texas Children’s Hospital. When we returned from the hospital with him, he vomited outside the elevator. He was in a wheel chair so most was in his lap but some got on the carpet. We reported it to the front desk. We checked out 16 hrs later and the vomit had not been cleaned up. There were more issues but these are the ones that stood out.

Review collected in partnership with this hotel
This business uses tools provided by Tripadvisor (or one of its official Review Collection Partners) to encourage and collect guest reviews, including this one.
Ask philfont2020 about Wyndham Houston - Medical Center Hotel and Suites
Thank philfont2020