Orbitz.com
Booking.com
eDreams
View all 13 deals
* Prices are provided by our partners, and reflect average nightly room rates, including taxes and fees that are fixed, known to our partners, and due at time of booking. Please see our partners for more details.
Graceyjen
95

The room itself was nice enough, big and clean. Could only get luke warm water out of the shower though and the room could do with modernising.

The food was the real issue. The dinners were £18 each and not great, hard undercooked vegetables and tough dry meat. Breakfast was equally disappointing. Was definitely expecting more for what we paid.

The staff were friendly and welcoming.

Trip type: Travelled as a couple
See all 304 reviews
Nearby Hotels 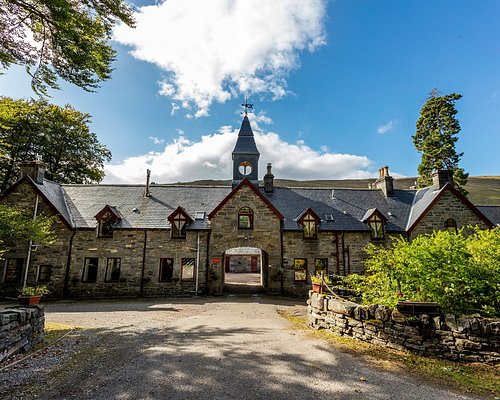 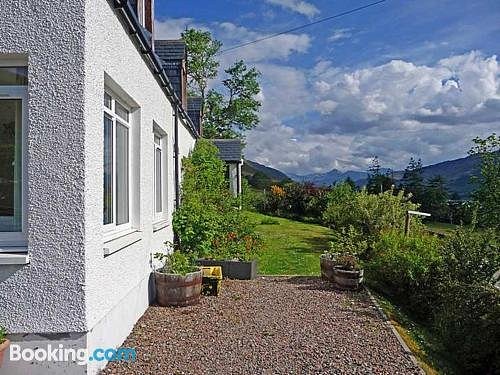 This could be a fantastic hotel, but it isn't. The location is fabulous, the staff are friendly and the beer is good. Other than that it is tired, outdated and for what you're offered, overpriced. Don't stay here unless you have to

The room was last refurbished in, I would say, the late eightiess or early nineties. The fan in the bathroom was so noisy that I had to remember not to switch the light on unless absolutely necessary. The bed (or mattress) creaked whenever I got in or out of it - fortunately I was on own. It was not possible to fill my room with clean highland night air as the only windows that opened were tiny.

Dinner was another disappointment. It was served in a room that, even allowing for Covid restrictions, was one of the bleakest I've ever eaten in, so much so that every other diner asked if they could eat in either the bar or lounge instead. I ordered the game pie. I've never really seen the point of puff pastry, but this offering was spectacularly ridiculous. A pastry lid at last three times as high as the pie dish and collapsing sideways before I even tackled it exploded into a multitude of flakes that covered the plate and table. And underneath was what felt, judging the the temperature and its subsequent drying out, like a microwaved game stew. Some passable chips and frozen beans completed the £17 dish.

Breakfast was no better. Some slabs of barely cooked, unappetising pink bacon. Coffee that was stewed and bitter and had probably been sat around for an hour. The black pudding was good. I wasn't offered toast which was a relief given the presence of the cheapest, nastiest sachets of cash and carry marmalade.

I know the Highlands are, with good reason, expensive, but, as others have observed, being the only hotel for miles around this place can virtually charge what it wants without bothering to make any semblance of effort to provide anything of any quality. Such a shame, as with a bit of investment and better management, this place could be a real gem

This review is the subjective opinion of a TripAdvisor member and not of TripAdvisor LLC
harvs68
Rayleigh, United Kingdom
2420
Reviewed 17 September 2020 via mobile
Over priced stay and overpriced food

Stayed here for 1 night on a motorcycle tour. £170 for the night, with 3 of us sharing a Very dated room... shower was just about a trickle. No TV in room. Dinner added further insult to injury ... £10 for soup as a starter!?!?!?!? £20 for Salmon and quinoa when it arrived it was nothing special. We felt robbed! Clearly, the management know, if you stay here, there is nothing else for miles ....

Shame, it’s in a nice spot and could be great.

The staff here are rude and need retraining. A staff member was so rude during breakfast when requesting 'vegetarian sausages' that the people On the table next us actually said something. Harry needs to get a job elsewhere, clearly hospitality is not his strong point. Very tired hotel. Dirty bathroom with dirty on the floor . Just avoid and book elsewhere, complete waste of money!

This review is the subjective opinion of a TripAdvisor member and not of TripAdvisor LLC
Smurfism
Thurso, United Kingdom
26
Reviewed 13 September 2020 via mobile
Cycling stop off NC500

Friendly and welcoming hotel. Clean room with plenty of hot water for a bath after long days cycling. Good food and relaxed attitude. Decent bar for a drink and big breakfast.
Space out the back to store bikes. Thanks

This review is the subjective opinion of a TripAdvisor member and not of TripAdvisor LLC
ukkuhl
Canterbury, United Kingdom
5318
Reviewed 13 September 2020 via mobile
Dundonnell hotel

We stayed at this hotel a couple of nights ago. Unfortunately there is are not many nice things to say about the place.
Upon arrival we were greeted by a very unpleasant lady, telling us that we were a bit early, which I accepted.
When we returned later on we were greeted by a pleasant young lady, who showed us to our room.
The decor of the room was awfully and it looks like the whole hotel urgently requires a complete make over. The bathroom was dirty in places and when my wife went to have a shower the shower attachment fell off the wall.
As internet is only available in the lounge we went there and despite numerous attempts at accessing the WiFi it did not work (other guests had the same problem)
We opted to have dinner in their restaurant and that too was a disgrace, vegetables overcooked and just slapped on the plate, the venison and steak & ale pie were edible.
The only plus point was breakfast which was good and plentiful