Magnificent. A true gem. - The Summer Isles Hotel and Restaurant

The Summer Isles Hotel and Restaurant

The Summer Isles Hotel and Restaurant

Travelocity
Orbitz.com
Priceline
View all 9 deals
* Prices are provided by our partners, and reflect average nightly room rates, including taxes and fees that are fixed, known to our partners, and due at time of booking. Please see our partners for more details.
DCHane
Washington, DC
1520

The facilities are old but beautifully updated and maintained without destroying the character. I stayed with my young adult children in the cabin. We loved it - large and comfy with a rudimentary but functional kitchen and two bedrooms. The den/lounge is large and comfortable with a wood-burning stove and supplies for fires (and it works well). I peeked into some of the other rooms and they looked lovely - perhaps a tad more upscale than the cabin but the cabin was lovely and perfect for us.

The service was Four Seasons or Mandarin level but more genuine. It's a small hotel with a small staff and they work long hours performing multiple roles but are just wonderful. I hope they see this review.

The food was some of the best we had during a two week holiday across Scotland and Ireland. The included breakfast in particular was exceptional - including the "wee dram of whisky" for my porridge. Dinner was exquisite. The bar is great.

The location is lovely. There's not much around - it's beautifully secluded but some fantastic hiking and ferries to the Summer Isles are nearby.

If I could return to two places in Scotland it would be Edinburgh and the Summer Isles Hotel. A big thank you to the staff and the owners for an exceptional experience.More

This is my favourite review of the 2019 season to date! Thank you for your very kind words. I am so pleased to read that you all loved your stay at The Summer Isles Hotel.

I am very lucky to have a great team of people at the hotel. Comments from guests are regularly passed on but - in this case - the review will be printed off and displayed on the internal notice board!

I hope you have the chance to return to Edinburgh and The Summer Isles Hotel!

Report response as inappropriateThank you. We appreciate your input.
This response is the subjective opinion of the management representative and not of TripAdvisor LLC
See all 632 reviews
Nearby Hotels 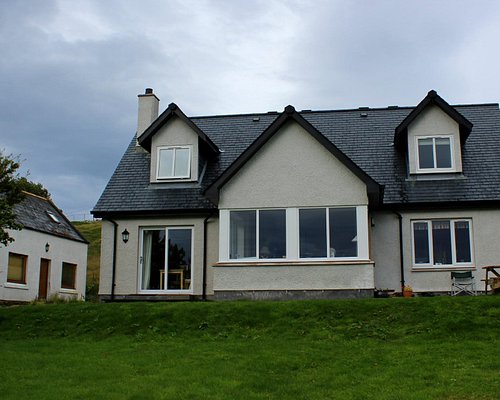 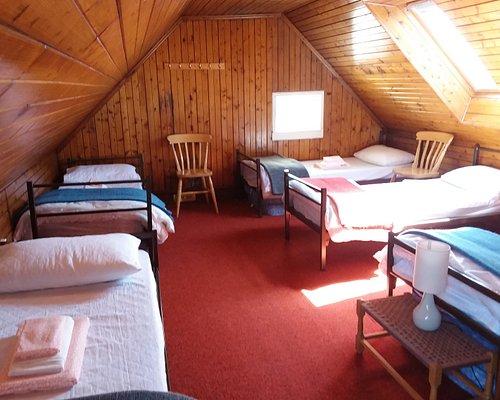 Like others have mentioned earlier, we were also told when booking, that the hotel would get back to us on whether we wanted dinner in the restaurant or in the bar without anything happening until we checked in. Then we were told that we were one of those who had not decided yet. We were also told we had to make a decision fast as the restaurant wpuld fill up. Something it didn't actually do that night. As we were told that we could access both menus in both places, and as the information we got both on email and in the room said that eating in the bar would give us the opportunity to enjoy a fine range of ales, we decided upon that. For my husband who is very fond of ales, this spunded like heaven to him. Well, there was ONE ale on offer, that does not constitute a fine range. The bar looked more like a cafeteria, the atmosphere was not very nice. We only got the bar menu which was rather disappointing in its choices. The food my husband got, was not warm, and he is usually quite happy with food not being scorching hot. The waitress came back from the kitchen telling him that the chef had said that the vegetables and poatoes were cold, but the fish was warm. After disagreeing, my husband got another dish, but why the argument? We went to the lounge for a drink afterwards, that was very nice. Our room, Lurgainn, was very nice, huge and comfy, excellent bed and lots of drawers and wardrobes. Breakfast was really nice, both the welcoming and the food and the variety. Then came time for check out. We were asked if everything was ok. We were a bit hesitant, but were told it was important for them to know if there was something not right. So we told about or experience in the bar only to be met with an argument for every word. There was usually three ales available, the information in the email was too old, hiw that is our fault,I really do not know. When pointing out that the exact same information was to be found in the informationleaflet in the room, we were met with another argument. We asked could we just be allowed to pay and skup the defence and the arguments. She didn't let go. So sadly, a very mixed and rather disappointing experience which was also rather expensive. My adive us to check out the restaurant and the bar before you decide on where to eat and to the manager to learn some of his staff how to tackle complaints or feedback done in a proper way, but obviously not to their liking.

I have read your review carefully and would like to thank you for the considered and thoughtful content. My response, to the various points made, is as follows:

Until recently, we stated that guests would be contacted prior to arrival to discuss diner related preferences. In fact, the hotel did not contact every guest and some guests were unobtainable. This could cause frustration and our system was changed several weeks ago. When a booking is received, our confirmatory e mail now states: "As residents, you will have the opportunity to dine at the hotel. If possible, please take a few moments to contact the hotel prior to your visit to confirm your preferred venue and time for dinner." This new process appears to be working well.

The bar normally offers a choice of three ales. These are sourced from two breweries in an attempt to ensure that there is consistency of supply but I accept that this was not the case during your visit. Please accept my apologies.

I am not sure why "the atmosphere was not very nice" in the bar? It can be a lively place on busy nights and I accept that it is a different atmosphere to the restaurant which is quieter and slower paced. The team would certainly have offered the restaurant menu in the bar if asked. Also, it would not have been a problem to request a beer from the bar if eating in the restaurant (albeit a choice of one ale only!).

The team is genuinely passionate about the service and food provided. Perhaps, this can become a little too defensive which I will discuss when at the hotel next week.

On a positive note, I am glad to read that the lounge, bedroom and breakfast were very nice.

Once again, I thank you for taking the time to write this review. We take note of the content and we will take the necessary steps to learn from several of the comments made.

Report response as inappropriateThank you. We appreciate your input.
This response is the subjective opinion of the management representative and not of TripAdvisor LLC
GaelicGirl7
Scotland
5113
Reviewed 5 July 2019
Totally Unique, totally Scottish

Stayed here with my niece in one of the suites. The location was breathtaking! The room was very comfortable, food delicious. They manage to encompass a quintessential Scottish experience, you are submerged and the views cannot be beat! The high price is for the location, the rooms are very comfortable but not high luxury like you would find in London or NYC.

Room tip: Make sure you have views, it makes it all worthwhile!
Ask GaelicGirl7 about The Summer Isles Hotel and Restaurant
Thank GaelicGirl7

Thank you for taking the time to write a review. We are indeed very fortunate to be located in such a wonderful part of the world.

I am very pleased to read that you both enjoyed your stay.

Report response as inappropriateThank you. We appreciate your input.
This response is the subjective opinion of the management representative and not of TripAdvisor LLC
alfiebell
3
Reviewed 24 June 2019 via mobile
Exceptionally helpful

Could not stay at hotel it was fully booked! Had fabulous dinner in bar one night and as restaurant was full up next night the hotel was particularly helpful in providing us with amazing seafood platters to take away. Above and beyond helpful.

Sorry that there was "no room at the inn" but I am very pleased to read that you enjoyed dinner in the bar.

The kitchen was very happy to provide the take away platters. It's perhaps a service that we should offer more often!

Report response as inappropriateThank you. We appreciate your input.
This response is the subjective opinion of the management representative and not of TripAdvisor LLC
Bunnery
Washington, United States
77
Reviewed 24 June 2019
Scottish Retreat

Absolutely beautiful. Didn't even mind driving 15 miles on a one lane road to find it!! Incredible view from the room, great pub, excellent dining room cozy lobby and terrific staff. Even had the privilege of meeting Simon, the owner, who was welcoming and intent on his guests' comfort.

I am so pleased to read that you enjoyed your stay at The Summer Isles Hotel. I really enjoy meeting our guests when everyone is gathering for a pre-dinner G&T!

I hope that you both enjoyed the remainder of your tour of the Highlands.

Report response as inappropriateThank you. We appreciate your input.
This response is the subjective opinion of the management representative and not of TripAdvisor LLC
Michael M
4
Reviewed 19 June 2019
A wonderful stay we wished had been longer

We had a delightful time and can't wait to return. The entire experience was exceptional. Food and service was great. Atmosphere was perfect of a relaxing 3 night stay. our only regret was not staying longer.

I am delighted to read that you had a "wonderful stay" at The Summer Isles Hotel. I will pass on your feedback to the whole team who work hard to make sure that the food, service and overall atmosphere is "spot on".

We look forward to you return.

Report response as inappropriateThank you. We appreciate your input.
This response is the subjective opinion of the management representative and not of TripAdvisor LLC
View more reviews
PreviousNext
1…101112…