US$257
US$177
View deal
SAVE US$80
PricelineUS$222
Expedia.comUS$188
Lol.travelUS$257
View all 17 deals
* Prices are provided by our partners, and reflect average nightly room rates, including taxes and fees that are fixed, known to our partners, and due at time of booking. Please see our partners for more details.
Kelliegrinestaff
Brevard, North Carolina
277

Review of The Read House
Reviewed 5 May 2021 via mobile

We selected The Read House to celebrate my birthday this year. Our room was located in The Manor and was spacious and comfortable. We enjoyed the beautiful lobby area and billiards room before dinner at Bridgeman’s Chophouse. We had a minor issue with the room and the staff at The Read House listened and rectified the issue to our satisfaction. I highly recommend this beautiful historic hotel.

Trip type: Travelled as a couple
See all 384 reviews
Nearby Hotels 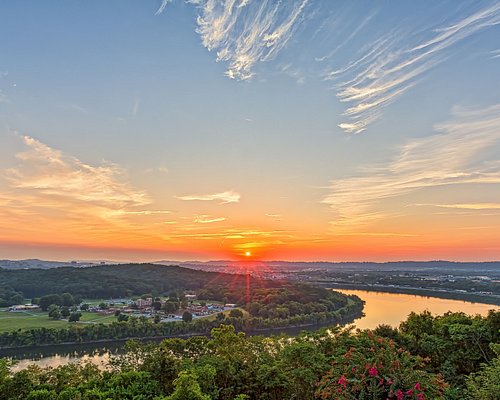 Breakfast included
Sponsored
RiverView Inn
US$227
Booking.com
View deal
Free cancellation
Reserve now, pay at stay
Hotels.com
US$226
Priceline
US$227
Expedia.com
US$226
View all 12 deals from US$226
71 reviews
We compared the lowest prices from 12 websites Taking safety measures
We compared the lowest prices from 16 websites
The Westin Chattanooga
US$210
Booking.com
View deal
Reserve now, pay at stay
Westin.com
US$210
Priceline
US$210
Hotels.com
US$210
View all 20 deals from US$210
402 reviews
0.2 km from The Read House

Taking safety measures
We compared the lowest prices from 15 websites
The Chattanoogan Hotel, Curio Collection by Hilton
US$198
Booking.com
View deal
Free cancellation
Hotels.com
US$178
Expedia.com
US$178
Trip.com
US$208
View all 17 deals from US$178
1 741 reviews
0.6 km from The Read House

We stayed here this weekend to take our son to see Thomas the Train. We were in a Historic Tower Executive King Suite. The room was great and spacious and our son loved looking out the windows. The indoor pool was amazing! The door being able to shut into the bedroom was necessary for us for bedtime! The hotel was very clean and seemed to be operating at full capacity which is hopefully a sign of more normal times coming. We ordered room service both nights since our toddler was cranky and the food and service was really great! Rebecca brought our meal both times and she was wonderful and so nice. We tried to get into the hotel restaurant, but they were fully booked both nights. Not a huge deal, but the only “complaint” I would have, is that we called both nights to have our dining trays removed (ya know, toddler) and both nights they said they were on their way up and never showed up. But, overall a great stay and we’ll definitely be back next time we come from Knoxville!

Thank you for your 5 star review! We are very happy to hear you enjoyed your stay with us. I will talk to the In room dining team to see what happened about not picking up your trays. We look forward to your return.

Report response as inappropriateThank you. We appreciate your input.
This response is the subjective opinion of the management representative and not of TripAdvisor LLC
panpanda
Atlanta, Georgia
671236
Reviewed 30 April 2021 via mobile
Gorgeous hotel

The Read House is an immaculate, gorgeous rennovated old hotel. With their specials during the week, my friend and I were able to stay in luxurious elegance for less than the cost of a cookie cutter hotel.
Their indoor pool is the nicest I have ever used. I used to travel a lot before COVID-19 and swam I many hotel pools.
Valet parking is an extra $18 a day.
Only difficulty was with the staff getting our check out details correctly. A bit frustrating and time consuming, but eventually they fixed the details.

Thank you for your 5 star review! We are happy to hear you enjoyed your stay with us, We look forward to your return.

Report response as inappropriateThank you. We appreciate your input.
This response is the subjective opinion of the management representative and not of TripAdvisor LLC
WildHaireHiking
Tyler, Texas
895325
Reviewed 26 April 2021 via mobile
Worth 6 stars!

Wow! Customer Service at its best! We stayed here one night while visiting Chattanooga and were so impressed. From the moment we checked in our truck at the valet until we left, the staff went above and beyond to make our stay wonderful. The hotel is beautiful and kept immaculate. Our room was spacious and super clean. The bed was comfortable and our room had a mini fridge and safe. We requested extra pillows and they were promptly dropped off. We were given a tour of the haunted room 311, very cool. We were given a discount for being veterans which was very nice. The valet was fantastic! I wish I had gotten his name to mention in this review. Upon leaving I made a joke about the birds doing their business on my truck and before I knew it he had gotten cleaning products and cleaned my truck off, again, top notch customer service. We would definitely stay here again, in fact, I’d go out of my way to stay here. We’ve stayed in hotels that cost a lot more than The Read House but they can’t hold a candle to it. We’ll definitely return.

Thank you for your 6 star review. We are happy to hear you enjoyed your stay with us. I will pass along your comments to our Valet team, I think they are the best in the business. We look forward to your return.

Report response as inappropriateThank you. We appreciate your input.
This response is the subjective opinion of the management representative and not of TripAdvisor LLC
hatpak
Dallas
3267
Reviewed 24 April 2021
Despite Renovations, Staff Disappoints

I'd often stayed at this beautiful, historic hotel for business many years ago and, after reading about the extensive renovations to the property, was looking forward to returning while in town for a wedding. Sadly, my wife and I were disappointed to find the staff had been cut back (probably due to COVID last year) to the point that they seem to be running on a skeleton crew. We had to wait 15 minutes to check in with no line in front of us while the desk manager discussed reservation details and options on the phone. The over-sized King Room in the Historic Tower was sparsely furnished and there was no breakfast option other than the Starbucks or walking down the street (which we did). Our highlight there was a dinner at Bridgeman’s Chophouse with a fine menu, service and atmosphere.

Thank you for your review. I am sorry your stay was not up to your expectations. I apologize you had to wait to check in. I promise you we keep a full staff. I will investigate to see what happened. I hope you will give us another chance to show you we have the best service in town.

Report response as inappropriateThank you. We appreciate your input.
This response is the subjective opinion of the management representative and not of TripAdvisor LLC
hollymE5331KN
11
Reviewed 8 April 2021
Spring Break Family Vacation

We booked online through the hotel site after seeing the hotel on the Hotel Tonight app. They were running a weekday special where you could save 33% on a weekday stay. We booked for two nights at $154. When we arrived to the hotel the concierge recommended moving our room to a larger room with a better view. He said it would be an extra $15 a night. He mentioned the current room we were going to be in did not have a good view. We decided to do that. Upon entering our room I was less than impressed. It did not match the caliber of the rest of the hotel. It had an outdated bathroom that was less than appealing. It had an odd smell to it, kind of like staying in an old house. As for the “view” we paid an extra $15 for, it was of a parking deck. I’m not sure what could have been worse than a parking deck view, but at that point we’d already agreed to pay the extra. You could hear every door open and shut on the hall as well as any guest who walked by. At night the door had light that shone around it, from a lack of proper sealing I’m sure. The location was extremely convenient and the hotel itself was very neat. Lots to see within the hotel and great photo ops. Check-out was at 11am and we were woken to someone knocking on our door at 9:35 am. It was the maid service coming to attempt to clean our room despite the privacy light being on. We told them we had not checked out yet and we’re still occupying the room. Then about 40 minutes later they came back AGAIN! We felt very rushed. When we finally did check out around 10:20, I asked if we had gotten our check out time incorrect. The concierge confirmed our check out time of 11am. She apologized briefly for the disturbance, but did not mention it was out of character or that she would let the manager know. I’ve never been disturbed not once but TWICE in a hotel the morning of check out. Overall we were unimpressed with our room and our stay, but did enjoy the look and feel of the main floor of the hotel.

Thank you for your review. I am sorry you didn't have a great stay with us. I would love to talk to you about your issues. If you email me your contact information I'll give you a call to talk about what happened. My email is jbambrey@thereadhousehotel.com. I look forward to speaking with you.