Dropped in for a beer and to hopefully meet Mick. No joy on the latter but enjoyed a couple of beers outside in the beer garden on a beautiful afternoon. As a bonus they had bottled gluten free beer available for my wife.
Nothing fancy but a nice, comfortable pub that I’d happily go back to. A good selection of Parramatta team photos from our glory years in the 80s in the bar.
Plenty of locals there by the time we left.

Trip type: Travelled as a couple
See all 24 reviews
Nearby Hotels 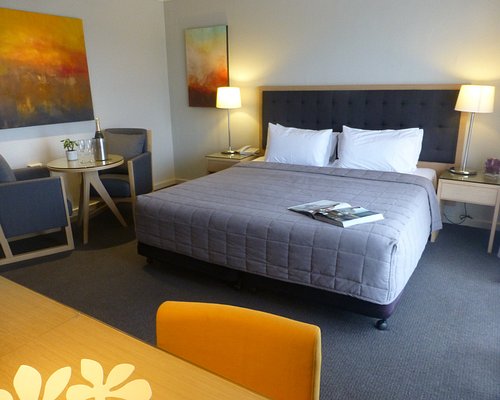 Expedia.com
View deal
Hotels.com
FindHotel
US$114
ZenHotels.com
US$133
View all 14 deals from US$114
233 reviews
0.8 km from Cronins Hotel Motel
We compared the lowest prices from 14 websites 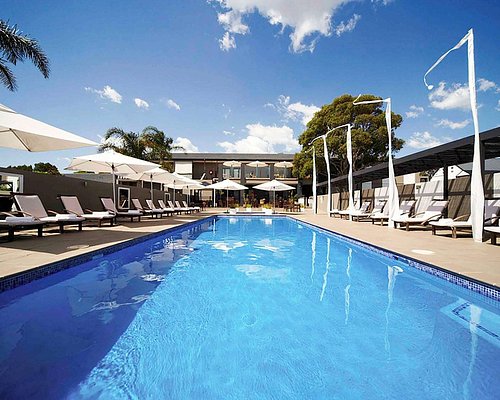 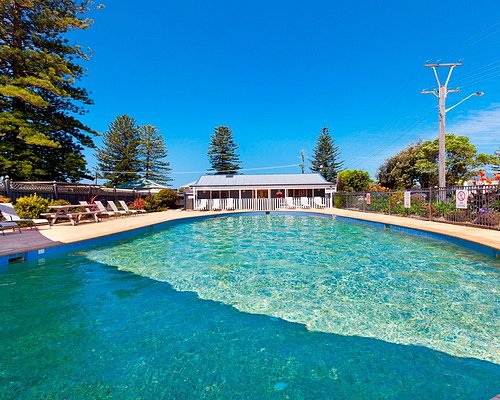 Cronin's Hotel has a great bistro; Jack's Grill. The pub has a friendly, open feel. The setting is nothing elaborate, but the service is friendly and the food fresh, well prepared and tasty. The fish, chips, and salad was excellent, tasty fish, perfect batter and a generous salad serving

This review is the subjective opinion of a TripAdvisor member and not of TripAdvisor LLC
Gary094
Newcastle, Australia
817341
Reviewed 7 November 2020 via mobile
Cronins Pub

Being an Eels fan since I was a kid. I had to drop in on way up the coast.
I was luckily enough to meet Mick Cronin and have a chat. In main bar has some old team photos of the 80s winning Eels sides. The menu looked good and meals even better. Has accommodation but didn't stay there.

This review is the subjective opinion of a TripAdvisor member and not of TripAdvisor LLC
vrtjane
1
Reviewed 26 September 2019
An absolute gem!

The food here is exceptional! Don't be fooled by the dowdy exterior, inside it is warm and cozy and the bistro is 5*. Great for kids, families and fussy eaters. Highly recommendeda and well worth a visit if you are in Gerringong.

This review is the subjective opinion of a TripAdvisor member and not of TripAdvisor LLC
elwarz
Sydney, Australia
2115
Reviewed 28 June 2019 via mobile
Amazing lunch

Heard the food was good so checked it out and was glad I did. Great size T bone for me and the missed had an amazing chicken dish. The chef actually knows what he’s doing. Keen to try there special seafood chowder if it’s still there next time.

This review is the subjective opinion of a TripAdvisor member and not of TripAdvisor LLC
JasminaJa
11
Reviewed 12 March 2019
This place is starved for love & care.

The motel leaves a lot to be desired. While I respect that for $110/night it falls into the 'budget accommodation' category, there is a minimum standard of cleanliness that should be expected anywhere regardless of price. It did have all the basics - a bar fridge, cutlery & crockery, towels, spare blanket etc - but there's no-frills, and then there's grubby frills. I booked in for a Saturday as a last-minute overnight option and was surprised to see that nobody else appeared to be staying there, but it soon made sense.

Every surface in the room appeared in need of a wipe-over, with dust coating the bed headboard and window sills in particular. An uncovered toilet roll sat unhygienically on the bathroom sill with dust and grime clinging to it, and a strange brown stain adorned the sink. Bugs dead and alive dangled artistically from the ceiling and lay scattered across the windows, helped along by an absence of fly-screens. The bed linen, thankfully, appeared to be clean but the pillows were so old and flattened I needed to stack four on top of each other to feel a semblance of support. Fortunately I was travelling alone. It was most uncomfortable and not conducive to sleep at all.

The staff member who took my booking and was seen flitting about the morning after did not show even a glimmer of friendliness or hospitality at any stage, which was not like the Cronin's I knew growing up in little Gerringong and saddened me as a former local. Fortunately the bar staff inside the pub were delightful, but having seen the lack of attention paid to hygiene in the motel section I was not inclined to partake of a meal. Whilst I'm sure that those who look after the kitchen are a different team to those looking after the rooms, to a paying guest they're one & the same.

I have stayed at similar establishments - 70s-style motel rooms out the back of local pubs - in other locations within the Illawarra region within the same price range, and seen much better standards than what I saw at Cronin's. It's a shame, because it would seem there is a lot of potential for the pub to capitalise on the pretty outlook from the motel site and create an appealing option for the low-budget traveller. The open grassed area with BBQ and picnic table is adorable, and I for one can get past dated decor and vintage fridges. But a place really should be clean, and have just a little love injected into it!