US$207
US$199
View deal
Booking.comUS$203
eDreamsUS$203
Trip.comUS$207
View all 13 deals
* Prices are provided by our partners, and reflect average nightly room rates, including taxes and fees that are fixed, known to our partners, and due at time of booking. Please see our partners for more details.
Kathryn W
Sydney, Australia
457105

The motel-style accommodation is great; a large, comfortable split-level space with plenty of storage and an outside area for sitting in nice weather. The shower in the bath has plenty of power, although no shower gel is provided (only soap, shampoo and conditioner). I was grateful that an anti-slip mat had been provided.
Breakfast in the garden conservatory was well spaced out and the full English breakfast was enormous.

See all 398 reviews
Nearby Hotels 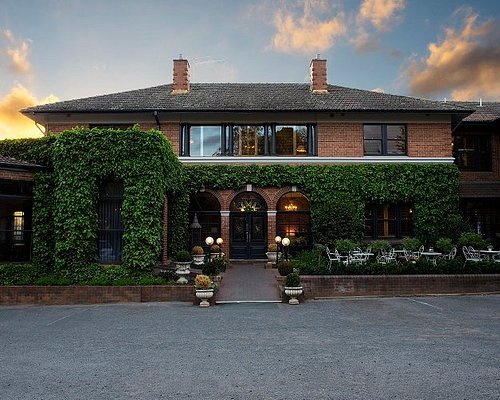 Peppers Craigieburn Bowral
US$331
US$319

After 10 years of visiting Briars for 3-4 nights, in a large group of 12, we were very disappointed by the attitude of the new owners. As always the rooms were clean and the beds were comfortable and we love sitting outside in the beautiful gardens and enjoying an evening drink. However when we checked in we were charged an extra $20 per room to separate the beds into singles, and when we queried this, as it wasn't on our confirmation email, we were told "oh she forgot to include it, but she doesn't work here anymore".
We also advised them several of the outside chairs had broken webbing and were dangerous to sit on. We were told they would be replaced immediately, but they weren't, plus several of the bar fridges had no doors on the freezers, so were totally iced up and we couldn't get ice blocks and they were noisily churning over 24/7.
Apart from the $20 extra charge, which they refused to refund, these are only minor things that could have been fixed quickly but added to an air of disinterest that wasn't there on our previous visits. We will probably look elsewhere next year.

This review is the subjective opinion of a Tripadvisor member and not of TripAdvisor LLC.
simba6
Greater Sydney, Australia
460124
Reviewed 14 February 2021
Great place to stay

We spent two nights at the Briars Country Lodge and enjoyed ourselves immensely. Our room had a great view of the lake. The room was spotlessly clean, great comfortable beds. A lounge to sit on and table and chairs outside. Very quiet at night. No noise from other rooms. All the staff we encountered were very friendly and efficient.

This review is the subjective opinion of a Tripadvisor member and not of TripAdvisor LLC.
Terecitatheexplorer
92
Reviewed 25 January 2021 via mobile
Overnight stay in Bowral

Great stay to chill out just out of town. Lovely garden view from our room, beautiful green rolling grass looking onto the lake. Plenty of gorgeous large trees for a picnic or wine with friends or family! Tennis courts if you fancy a hit as well...As far as the room it was modern, clean, had a split level which was nice for the three friends travelling together, bed was on upper level and pull from second level few steps down. Bathroom was roomy included a bath with overhead shower. Only suggestion would be a few more forks and knives should be made available, but sure they would have assisted if asked as staff were friendly. Would come again.

This review is the subjective opinion of a Tripadvisor member and not of TripAdvisor LLC.
Julie H
Sydney Olympic Park, Australia
2624
Reviewed 18 November 2020
Beautiful acerage

Stay of 2 nights rooms are clean and large they do need an update except as the main function tavern has been closed for a few years this is understandable luckily we saw workers reconstructing the main restaurant and bar area, breakfast @ $20pp was amazing fully stacked full breakfast and fruit platters to our table I do suggest to replant trees or lattice with vinces in between each room for more privacy, the view from our teccace was amazing over the pond with plenty of bird life enjoy

Room tip: The standard room does not have a seperate shower it is in the bathtub which can be difficult for the elderly
Ask Julie H about Briars Country Lodge
2  Thank Julie H

This review is the subjective opinion of a Tripadvisor member and not of TripAdvisor LLC.
Hussaconda
2
Reviewed 8 November 2020
A huge fall from grace

We have stayed here before and always had a great experience. This most recent visit was a sh*t show. Multiple emails with new ownership to confirm basics which, upon check in were still wrong. Breakfast orders incorrect. Room configurations wrong. Upon checkout we were charged more than double the price for breakfast - and the response? Finger pointing at staff which morphed into our friends lying and deceiving to bill their costs to our room. Some feedback for your Briars management, take it on the chin when you get it wrong and don’t blame it on your staff our your other guests. Get some accountability and fix your systems because if you continue the way you are going, your tenure as owners will be short lived.