“Lovely stay”
RlhNXzMyX2N1Ng==
other travellers have booked this property 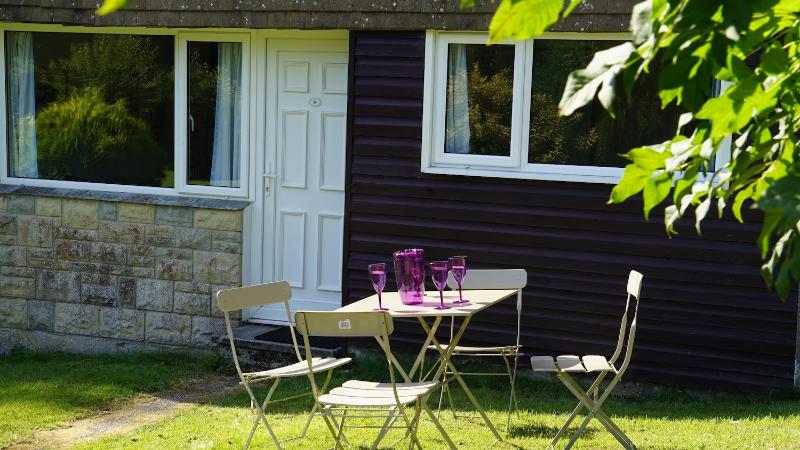 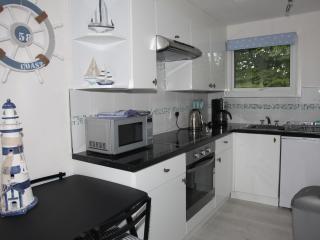 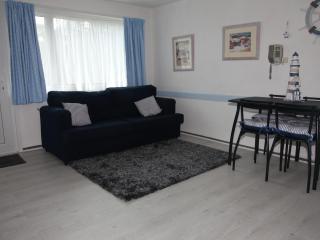 Very good - based on 10 reviews
Write a Review

This property is so peaceful - set in acres of grounds you would not realise there are several of these little villas. We were in a block of 3 and even though the other 2 had people staying we did not ever hear them. As the weather so so warm it was lovely to have our own patio table to sit out and enjoy the sun. The property is south facing so gets the sun most of the day.

The hotel pool was a really good size and we certainly enjoyed this during our stay.

There was a tennis court and badmintion and many other features which we did not use. The kids liked the games room and the bar in the hotel was great to chill out in the evenings. We had a bar meal in the bar - the restaurant looked nice but we did not use that on this occason.

It was only about a 15 minute drive to the nearest sandy beach.

Recommend the Mason Arms in Camelford for a good cream tea.

We will definately come back to this lovely peaceful property.

Date of stay: July 2018
Would you recommend this hotel to a friend?   Yes.
Was this review helpful? Yes
This review is the subjective opinion of a Tripadvisor member and not of TripAdvisor LLC.
Problem with this review? Thank you. We appreciate your input.

This is our second stay in this lovely holiday home we just adore how nice and peaceful it is.

It's a lovely base to explore the area offering endless coastline and countryside options on foot, bike or by car.

Being out of season when we stayed (and the price kindly reflecting this) as you would expect not everything was available but having Bowood Park literally next door and a lovely pub in Camelford plus squash and badminton on site there is always plenty to do in all weather's!
Or if for some reason you just want to chill out and watch tv it had lots of free view channels to choose from so spoilt for choice really!

We didn't want to leave really but we have already booked for our next visit later on this year!

Date of stay: April 2016
Travelling group: Spouse/Partner
Would you recommend this hotel to a friend?   Yes.
Recommended for:
Was this review helpful? Yes
This review is the subjective opinion of a Tripadvisor member and not of TripAdvisor LLC.
Pleased to hear you had another great stay and look forward to welcoming you back again
This response is the subjective opinion of the management representative and not of TripAdvisor LLC
Problem with this review? Thank you. We appreciate your input.

We chose this particular holiday residence because Sky sports 1 .2. 3, and F 1 were Quite prominently advertised. However, no instructions were made available to obtain this on the t v. It was necessary to phone the owner for advice on the use of this facility, but on doing so I was informed that she had no idea how this was obtainable. "but my husband knows how to do it, but I've never seen it done" We were also told that this facility was supplied through the hotel, and that we "should be able to figure it out for ourselves".
It was quite obvious that there was no transmission of this nature at that time. A second phone call was also fruitless, and no assistance was offered. I suggested that perhaps the owners husband would care to help, but that fell on deaf ears. We tried to get some advice from the hotel, but it was closed.
On a further visit to the hotel we managed to contact someone who informed us that sky would be "switched on maybe the day before we depart".
As most of the other facilities were also closed they surely should not be advertised. Our holiday was not provided with what was expected, or as advertised. Our request for some sort of compensation has so far been ignored. A ruined holiday !!

Date of stay: March 2016
Liked best: going out
Liked least: The lack of infomation . and care.
Travelling group: Spouse/Partner
Would you recommend this hotel to a friend?   No.
Was this review helpful? Yes
This review is the subjective opinion of a Tripadvisor member and not of TripAdvisor LLC.
I have been renting the property throughout the year for over 2 years and I was completely unaware that Sky Sports was only available when the hotel is open and I can only assume that other people did not want to use it - we rarely use it ourselves. There are plenty of other FreeView channels available. You did phone me and I explained that Sky Sports was not on the FreeView channel and it was probably on one of the other AV channels. I heard nothing from you for a few days when you telephoned again and you insisted my husband go and sort it out - we live 200 miles away so I suggested you speak to the hotel as there are staff around even when the hotel is not open. You spoke to the hotel the same day and were told Sky was only on when the hotel was open. I then contacted the hotel myself as I was unaware of this and they arranged for the system to be put on a couple of days earlier for you.
You telephoned me before you arrived and I reminded you that some of the facilities are only open when the hotel is open but Bowood Park is open right next door! So you were fully aware and you actually mentioned you used to play golf there. You could have stayed there as you knew it but it is much more expensive. I would point out that I offer a much reduced price during the off season to allow for the fact the hotel itself is closed - like much of the UK there is a holiday season in Cornwall and you went out of season. Bowood Park Golf Course and Hotel is next door is open to everyone and has a bar and restaurant etc.

Saying this there is still much the site offers. Even though the actual hotel closes the villas are separate from the hotel and are still regularly used and of course the free WiFi is still up and running. The launderette is still open as are the squash and badminton courts etc and the acres of grounds and close proximity tourist attractions - some of which will only be open for the season. But the property is fully operational all year around and ideal for walkers or people wanting to use the great cycle routes or play golf etc.

You said yourself that the actual villa was lovely and I think to just give it 2 stars when you didn't receive Sky Sports for a couple of days is rather unfair.
This response is the subjective opinion of the management representative and not of TripAdvisor LLC
Problem with this review? Thank you. We appreciate your input.

My husband and I took our youngest on holiday for his last holiday before starting high school and couldn't have been happier. This is a lovely place in beautiful surroundings and was definitely a home from home. We are fully intending to book again for 2 weeks next August. Highly recommended

Date of stay: August 2015
Travelling group: Spouse/Partner
Would you recommend this hotel to a friend?   Yes.
Recommended for:
Was this review helpful? Yes
This review is the subjective opinion of a Tripadvisor member and not of TripAdvisor LLC.
Problem with this review? Thank you. We appreciate your input.

Myself and my husband booked our break at very short notice with Deanna the owner, who was extremely accommodating. We booked for 3 nights and loved every minute of it.
We arrived quite late at night, but thanks to the clear directions we received upon booking we soon arrived in the carpark which offered plenty of secure parking not far from the villa.
Villa 9 is set back in lovely grounds creating a peaceful and relaxing environment offering the perfect get away. It is like home from home, fully equipt with home comforts, very clean, well maintained and private. The beds were very comfortable and the built in storage were great. We also loved the sea side personal touches throughout.
The complex is conveniently located to explore the picturesque cornish coast whilst sampling the pasties and cream teas. Trago Mill just 40 minutes away is a must see! Alternatively there is lots of on site activites available, we even had the games room to ourself one night!
We wouldn't hesitate to recommend this beautiful villa to anyone wanting to escape busy life, relax and explore.

Date of stay: May 2015
Travelling group: Spouse/Partner
Would you recommend this hotel to a friend?   Yes.
Was this review helpful? Yes
This review is the subjective opinion of a Tripadvisor member and not of TripAdvisor LLC.
Problem with this review? Thank you. We appreciate your input.
Previous Next
1 2 3
Updating list...
Still can't find what you're looking for?

Looking for a place to stay in Camelford?
View all 38 holiday rentals