Visited many years ago, happy then... - Peppers Blue on Blue Resort

Orbitz.com
Booking.com
Priceline
View all 16 deals
* Prices are provided by our partners, and reflect average nightly room rates, including taxes and fees that are fixed, known to our partners, and due at time of booking. Please see our partners for more details.
audreygP6536LY
1

Visited many years ago, happy then, but n NOT happy this time round

First up, wanted to book for 2 nights, only a 3 night limit, so had no choice. Decided to do the bed and breakfast deal, only choice was on the menu, that was ok, but had to pay for the coffee, if you are not a tea drinker, tuff for you, that is poor service, after paying for the breakfast deal. Could not sleep with aircon running, had a tuck, tuck sound all the time, so, had to be switched off, poor maintenance, and also had some cockroaches visable, that was a real turnoff, had to make sure all our luggage was closed at all times or nasty surprises may have been taken back home. Due to all of these disappointments, my husband and I decided not to have 2x breakfasts, plus, we left a day earlier and we were made to pay 7 days before time, so, after all that, we will never return to Peppers at Magnetic Island again, and also, we used the same towels from Saturday to Monday and never never given fresh linen, this is not good service or business for a company as large as this, get your act together Peppers, we are very unhappy customers indeed. Staff in resturant were good and also at the front deskMore

Show less
Room tip: Had a good view of the yachts in the water
See all 1 847 reviews
Nearby Hotels 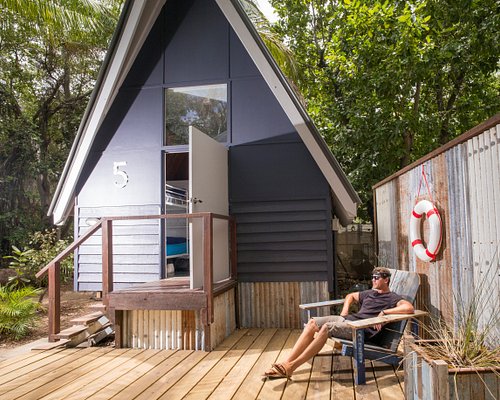 Expedia.com
View deal
Hotels.com
eDreams
US$93
Travelocity
View all 12 deals from US$93
567 reviews
4.2 km from Peppers Blue on Blue Resort
We compared the lowest prices from 12 websites 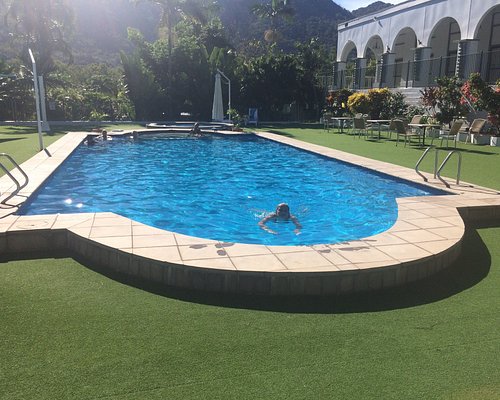 Amaroo On Mandalay
US$102
Tripadvisor
View deal
Booking.com
Priceline
eDreams
US$102
View all 8 deals from US$102
115 reviews
1.1 km from Peppers Blue on Blue Resort
We compared the lowest prices from 8 websites Peppers has lost the plot. When we arrived at peppers on magnetic island we were sent to a room next to The enormous pool which was in fact completely empty and had five workmen working in it with Three air compressors in full operation next to our room being used at the same time. I complained bitterly to reception and they relocated us to a smaller room in the marina block whilst stating that they had informed out travel agent (completely false)
Cleaning sub standard and overall rating on this place is 2/10
I would not stay here again

This review is the subjective opinion of a Tripadvisor member and not of TripAdvisor LLC.
lauranK8265IA
1
Reviewed 9 July 2021
Very Basic

Very overpriced especially considering the pool was out of action over a peak time. Extremely basic room, not even a water jug to have cold water. Very noisy if your room is on the ferry terminal side that overlooks the car park. Basic hotel, staff not overly friendly. I’m sure if the pool was available it would be nicer and have more going for it. Location is convenient.

This review is the subjective opinion of a Tripadvisor member and not of TripAdvisor LLC.
becq2021
1
Reviewed 5 July 2021 via mobile
Very disappointing lack of pool

Booked Peppers purely for the lagoon pool. Incredibly disappointed to get email a month or so prior to booking saying the pool would be closed. Of course then too late to find alternative accommodation. Seems ridiculous this maintenance had to be done over school holidays. Disappointed. Made worse that jack hammers going at 7am.

This review is the subjective opinion of a Tripadvisor member and not of TripAdvisor LLC.
Jindyclare
41
Reviewed 24 June 2021
Best accommodation in the island

Shop around for room and apartment rates as many are managed independently. If planning to visit soon the main pool is out of service with a lot of jackhammering! Select a room overlooking the marina.
Very enjoyable stay. Book a head for restaurants and activities as Maggie is experiencing a surge in visitors.

This review is the subjective opinion of a Tripadvisor member and not of TripAdvisor LLC.
D9076FGhelent
15
Reviewed 18 June 2021
Very pleasant

Great location near the ferry and great staff. Unfortunately the lagoon pool was being renovated but we did receive notice by email prior and the other pool was fine. Rooms were clean, well equipped and had a balcony to sit out with a drink at the end of the day. Breakfast was yummy though during off season the restaurant is only open for dinner on weekends. Would stay again.

This review is the subjective opinion of a Tripadvisor member and not of TripAdvisor LLC.
View more reviews
PreviousNext
123…
<script type='text/javascript' crossorigin='anonymous' async onerror='__scriptLoadError(this,true);' src='https://static.tacdn.com/assets/LgmAJW.e0655ef1.es5.js' data