Great hotel at a great price! - Wingate by Wyndham Fletcher at Asheville Airport

Wingate by Wyndham Fletcher at Asheville Airport
Wingate by Wyndham Fletcher at Asheville Airport
Lowest prices for your stay
Lock in the lowest price from these sites
US$130
US$123
Reserve now, pay at stay
View deal
Expedia.comUS$123
WyndhamUS$123
Hotels.comUS$123
PricelineUS$122
FindHotelUS$123
getaroom.comUS$130
View all 14 deals
* Prices are provided by our partners, and reflect average nightly room rates, including taxes and fees that are fixed, known to our partners, and due at time of booking. Please see our partners for more details.
Kathman17
Bryson City, North Carolina
2228

Great hotel at a great price!

Nice hotel and great staff! The airport shuttle was very nice and the driver excellent and courteous. Extremely close to the airport; I could have walked but the rain was heavy. My only minor complaint is that I was properly charged but an additional identical amount remained on the "pending transactions" on my credit card for nine days.More

Show less
Review collected in partnership with this hotel
This business uses tools provided by Tripadvisor (or one of its official Review Collection Partners) to encourage and collect guest reviews, including this one.

Thank you very much for your kind words!

We always appreciate feedback from our guests about our Hotel and use that to help our staff strive for excellent service.

I do apologize about the billing issue you experiences. I've communicated your feedback to our team members and we're working on improving that for our guests. Thank you for telling us!

Thank you again for your business and we hope to serve you again soon!

Report response as inappropriateThank you. We appreciate your input.
This response is the subjective opinion of the management representative and not of TripAdvisor LLC
See all 617 reviews
Nearby Hotels 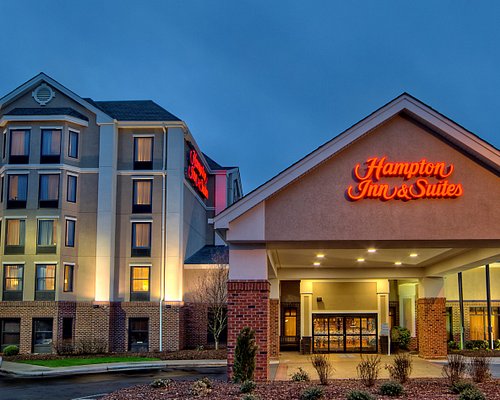 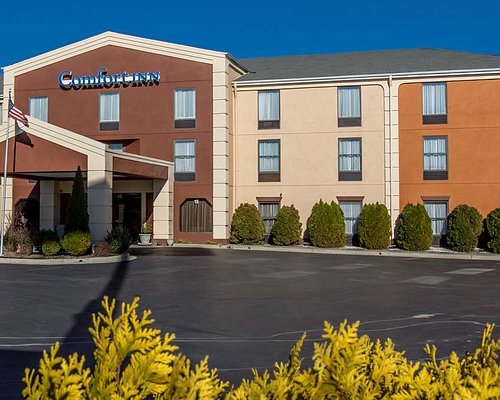 Hotels.com
View deal
Pay up to 12X
FindHotel
US$97
Trip.com
US$94
Snaptravel
21 reviews
0.3 km from Wingate by Wyndham Fletcher at Asheville Airport

Taking safety measures
We compared the lowest prices from 17 websites
Breakfast included
Home2 Suites by Hilton Asheville Airport
US$161
US$145
Booking.com
View deal
Expedia.com
US$145
Home2.com
US$145
ZenHotels.com
US$161
View all 16 deals from US$145
27 reviews
1.1 km from Wingate by Wyndham Fletcher at Asheville Airport

Stayed over on a business trip.
Hotel rooms are comfortable.
It was all fine except when it came time to check out.

That 24hour staff member had vanished.
We had a plane to catch.

Got home and have now called the hotel twice, have tried mailing Windham ..... Just don't know what to do to get a receipt for the stay.

Thank you for taking the time to write a review!

Please reach out to me directly at mlucarelli@jacaruso.com and I can assist you with your receipt if you still require it.

I do apologize about our staff not being at the desk when you were there. Sometimes they can be assisting other guests in other areas of the Hotel for a little while.

We are grateful for your business and hope to see you again soon!

Report response as inappropriateThank you. We appreciate your input.
This response is the subjective opinion of the management representative and not of TripAdvisor LLC
sigman5
2
Reviewed 27 September 2020
Clean hotel, needs some improvements

Chose this hotel because we had stayed in a newer Wingate off Underwood Rd in Fletcher and thought this was the same one. It isn't and I'm not sure what happened. This location is directly across from the Asheville airport. Hotel is much older than the previous but is clean and quiet. Nice, large indoor pool that is unheated so we used the hot tub instead which was nice. Staff was friendly when you could find them; it appears they are running a skeleton crew because of COVID. My room was located directly above and overlooking the indoor pool. We thought we might have a noise and light problem because of this but the nighttime staff made sure the lights went out promptly at ten and no one was using the pool during our stay so it wasn't an issue. Nice patio area on the other side of the pool...we spent a lot of time here relaxing..furniture is nice and well maintained. Our main issues were we were not told until check in they place a $25 a day incidental hold on your debit card which is not released until after check out; actually a week after check out depending on your bank. This tied up $50 of our budget for the trip and meant we had to make adjustments to what we had planned to do while we were there. This should be a feature of the reservation process so you can plan ahead. Because of COVID restrictions, there is no regular breakfast offerings. We were aware of this but when we went downstairs the first morning, it was obvious we would not be able to have breakfast there. Sugary granola bars, Pop Tarts, sugar loaded pastries were the only things available. I had hoped there would at least be packets of oatmeal/grits and some fruit. This also cut into our budget because we had not planned to eat breakfast out. Everywhere you looked there were signs stating masks were required for everyone in the hotel. However, I only saw masks on those of us staying there, never on employees. Gallon jugs of hand sanitizer were in several areas in the lobby and there is a plexiglass screen at the desk so I guess the employees felt this was enough. Also, there is no daily room cleaning services, which was fine with me but I know some people prefer to have someone at least make their beds, change out towels. I'm glad there wasn't since the housekeeper also was not wearing a mask but the room was spotless and everywhere I went in the hotel I could tell housekeeping is excellent here. The grounds are well maintained but next to the hotel is an old restaurant that has been closed for awhile and those grounds are not kept up. Since it is literally across from the hotel as you drive up, it doesn't look good but this is not Wyndham's fault

Thank you for taking the time to write a review.

We appreciate the kind words about your stay and also the detailed and constructive critiscm about the Hotel. We don't know how to get better until we listen to our guests and learn from them. Rest assured your words have been expressed to our staff and we're working very hard to provide our guests the best experience possible. We sincerely hope that you consider staying with us in the future so we can show you the improvements we've made.

Thank you again for your business and we hope to see you soon!

Report response as inappropriateThank you. We appreciate your input.
This response is the subjective opinion of the management representative and not of TripAdvisor LLC
vwbusman
New Smyrna Beach, Florida
7
Reviewed 26 September 2020
Mountain trip

Hotel was very clean. Everyone was following covid guidelines. Room was nice and clean and bed was very comfortable. Great hotel and will definetly stay here again when in the area. Staff was very friendly and helpful. Great location for trips to Brevard the forest and Asheville

Review collected in partnership with this hotel
This business uses tools provided by Tripadvisor (or one of its official Review Collection Partners) to encourage and collect guest reviews, including this one.
Ask vwbusman about Wingate by Wyndham Fletcher at Asheville Airport
Thank vwbusman

Thank you for taking the time to write a review!

We certainly appreciate your kind words and we also use them as a reminder that hard work pays off. Our staff takes those items you mentioned seriously and we strive to provide our guests with that great service all the time. We hope that you'll get to experience more of the great things the Asheville and Fletcher areas have to offer next time your in town!

Thank you again for your business and we hope to see you again soon!

Report response as inappropriateThank you. We appreciate your input.
This response is the subjective opinion of the management representative and not of TripAdvisor LLC
misslovely225
2
Reviewed 6 September 2020
Horrible and Trash

This place is an absolute dump. My boyfriend and I came here and the first room smelled like garbage and the second had what looked like food stains on the night stands. The front desk woman was so nice and apologetic. The manager just said that he apologized for us having to wait. Definitely a first and last time

Thank you for taking the time to post a review of your stay at the hotel. I'm disheartened to read of your issues during your stay. I remember addressing you at the desk. I apologized for your wait as it took us a few minutes to get a new room assigned due to it being a full night in our hotel. Rest assured I took your issues seriously and even spoke with your BF yesterday to further address the issues during your stay. At no time did anyone mention food on a nightstand. I have inspected the room to prevent further issues.

Report response as inappropriateThank you. We appreciate your input.
This response is the subjective opinion of the management representative and not of TripAdvisor LLC
gdawg5474
Marietta, Georgia
101
Reviewed 7 August 2020
Good service/value

We had an illness in the family and had to go day-by-day with our stay at the hotel. The front desk clerk was very helpful in working with us as we changed our plans. The hotel was extremely clean, both public areas and our room. Covid rules were enforced and we had no problem with other people. The buffet was closed but breakfast was made up of individual wrapped servings of granola bars, yogurt, pastries, juice etc. The bed was comfortable and there was no noise from the airport which was right across the street. I would recommend this hotel.

Thank you so much for taking the time to review our hotel. We are delighted to see that you enjoyed your stay. During these trying times hotels work extremely hard to ensure the safety of our staff and valued guests. We appreciate you acknowledging the hard work of our staff. We look forward to seeing you in the future.