US$110
US$82
View deal
SAVE US$28
Free cancellation until 21/04/22
Hotels.comUS$108
Agoda.comUS$105
ZenHotels.comUS$110
View all 19 deals
* Prices are provided by our partners, and reflect average nightly room rates, including taxes and fees that are fixed, known to our partners, and due at time of booking. Please see our partners for more details.
Dinoalita
Camino, California
12494

Thanks for the review! We look forward to seeing you again soon. Sincerely, MontBleu Resort Casino & Spa

Report response as inappropriateThank you. We appreciate your input.
This response is the subjective opinion of the management representative and not of TripAdvisor LLC
See all 1 357 reviews
Nearby Hotels 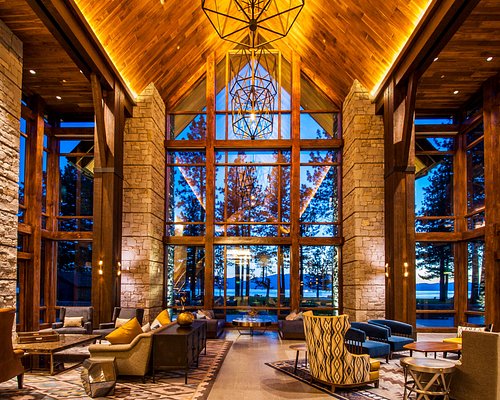 Expedia.com
View deal
Free cancellation
Booking.com
US$443
FindHotel
US$376
Preferred Hotels
US$468
View all 18 deals from US$376
316 reviews
We compared the lowest prices from 18 websites 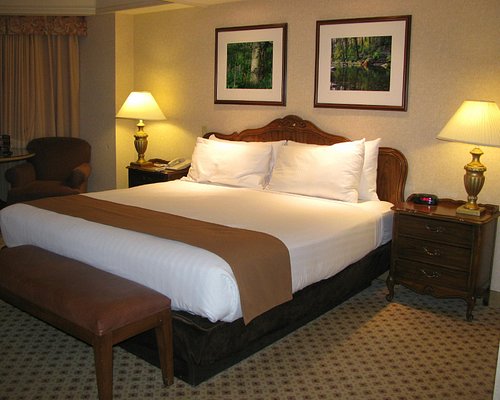 Stay at a different hotel. Don't waste your money here. Dirty, rude, uncomfortable beds, loud crappy air conditioners. They'll lie to you and will not file your complaints, even when it involves your childrens safety.

Thank you for sharing your feedback, Becky. Rest assure that we are committed to the safety of our guests and team members. We're sorry to hear that we didn't earn your five stars this visit. Sincerely, MontBleu Resort Casino & Spa

Report response as inappropriateThank you. We appreciate your input.
This response is the subjective opinion of the management representative and not of TripAdvisor LLC
TheChocolateBlanco
1
Reviewed 26 January 2021 via mobile
Straight dump

Horrible place, rooms are not clean. After they ruined our stay they offered to take 51.57 off the bill which was booked through a booking site online, instead of crediting the card they charged the card the difference on top of what was already paid. Now I have to open a dispute, good thing I kept the receipt. Do yourself a favor and don't stay at this place, anywhere but there. If you like to breathe in layers of caked dust this is your place!

Thank you for providing your feedback and letting us know about your experience, Tami. We set high standards for ourselves and are truly sorry to hear you feel those were not met on this occasion. We look forward to an opportunity to better serve you in the near future.

Report response as inappropriateThank you. We appreciate your input.
This response is the subjective opinion of the management representative and not of TripAdvisor LLC
tamir599
11
Reviewed 16 January 2021 via mobile
Horrible

Prior to checking into the hotel while parking in the parking garage my daughter and I noticed a car shining it’s bright lights at us. We didn’t know why, but proceeded to our parking spot and got out of our car. Almost immediately we were verbally assaulted by a very large man. It was quite frightening and we had no idea what was going on or why he was yelling at us. We still don’t. We were a little bit unnerved but kept on into the hotel. As we were walking through the
hallway from the garage leading to the lobby were we noticed the same guy sitting in the ski shop. We said nothing and kept on walking. He came all the way out of the ski shop and began further verbally assaulting us. Calling us names that are very derogatory in nature and inappropriate to repeat on this app. It was at this point that my daughter started telling him to stop. Instead of stopping he proceeded to physically assault her by hitting her in the head with his head. The ski shop worker stood by and did nothing. We were in shock and quickly left the shop and went straight to the front desk. We were visibly shaking, it was terrifying. We told the manager about it who told security and we were told it would be promptly dealt with. They would look at the cameras. By this time we felt afraid to stay at the hotel and told the manager we needed a moment to decide what to do. We had driven several hours to get there and were in town to celebrate my grandson’s birthday. It was very surprising how nonchalantly we were treated by management. I’m still shocked by this. We were assaulted in their hotel, how could that ever be ok? Two women by a very large man. We were eventually told our room would be comped but by this time we just wanted to get away. I was afraid my car would be vandalized by the man who had previously assaulted us. When I called several hours later to let them know we had decided to stay elsewhere we were informed that they hadn’t looked at the camera footage or Perseus it any further. There’s no way I would ever stay at this hotel, ever. If the guests safety isn’t their main concern, what is? If you’re planning a trip to South Lake Tahoe I hope this review helps you decide who to trust your stay and safety with.

This review is the subjective opinion of a TripAdvisor member and not of TripAdvisor LLC
yachiman
Vancouver, Canada
1010
Reviewed 3 January 2021 via mobile
Decent hotel

It's a decent hotel. Had renovation done in 2015. The rooms looked updated. However housekeeping was definitely not up to standard since I found an empty cigarettes carton between the mattress. But room was spacious and views were nice.

We came for Christmas and while the rooms were average the chairs were worn out and damaged, the toilet seat was very old and worn,and the heat was not working the first night and it was snowing. We had to wait until morning to get it fixed. There is no mini fridge so we couldn't have any beverages or wine in the room. The authorizations take a long while to get reversed as well. On my account there was a $1 hold, the resort fee + tax pre-authorization hold, and then the total for the stay charged at check out and when I call to inquire about the holds being reversed I get forwarded to accounting which keeps going to voicemail.