Brandin' Iron Inn
2 people are viewing this hotel
Lock in the lowest price from these sites
US$145
Free cancellation until 21/05/01
Reserve now, pay at stay
View deal
Expedia.comUS$145
PricelineUS$145
Agoda.comUS$145
eDreamsUS$145
Hotels.comUS$145
TravelocityUS$145
View all 18 deals
* Prices are provided by our partners, and reflect average nightly room rates, including taxes and fees that are fixed, known to our partners, and due at time of booking. Please see our partners for more details.
douggustafson09
Butte, Montana
2

Room was comfortable and not to be out done by the STAFF. They were great. We stayed for 7 days and they made sure our stay was a pleasurer. We have stayed here and other places in West Yellowstone over the years and have gotten the most bang for our buck at the Brandin' Iron. We will return..

Review collected in partnership with this hotel
This business uses tools provided by Tripadvisor (or one of its official Review Collection Partners) to encourage and collect guest reviews, including this one.
See all 687 reviews
Nearby Hotels 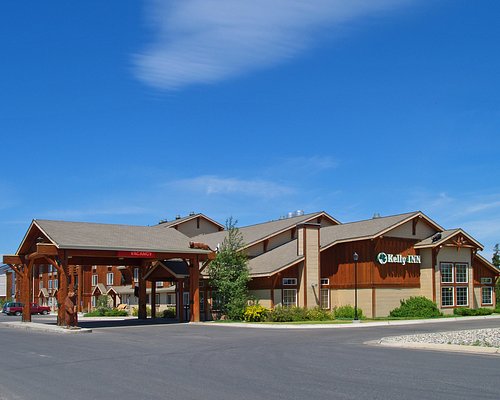 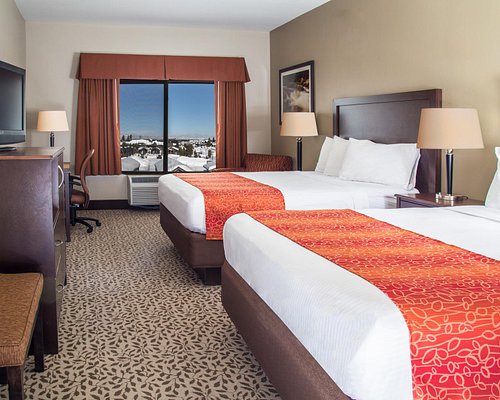 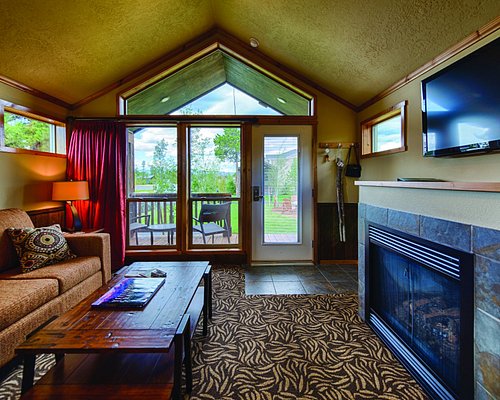 Explorer Cabins at Yellowstone
US$408

Taking safety measures
We compared the lowest prices from 14 websites
Breakfast included
Best Western Weston Inn
US$215
US$194
Booking.com
View deal
BestWestern.com
US$194
Expedia.com
US$193
Lol.travel
US$215
View all 20 deals from US$193
809 reviews
0.2 km from Brandin' Iron Inn

We stayed in Brandon Iron Inn for one night to rest after getting around yellowstone. The front desk person was very nice. The price was a good deal. I never thought we will have a to-go breakfast. The room was clean, and warm enough to rest. Overall, It was a great experience. Location to everything is a plus, gas station, restaurant etc. I will definitely going back to Brandon Iron Inn again!

This review is the subjective opinion of a TripAdvisor member and not of TripAdvisor LLC
csprague0413
Miami
3527
Reviewed 15 November 2020
Great location, but a bit overpriced

The hotel was in a great location. The room was a very good size. It had a refrigerator and but no microwave. However, a communal microwave on the 1st floor was available. They offered breakfast on the go. I do feel that for the price, the room supplies given were quite stingy. They only gave us 1 roll of toilet paper even though we were staying for 3 nights. We had to go to the front desk several times to ask for more toilet paper, soap, etc. The parking was also rather tough. If you arrived after sundown, you more than likely end up parking on the street. So for that price, I feel things could have been better.

This review is the subjective opinion of a TripAdvisor member and not of TripAdvisor LLC
Lee3651D
Kansas City, Missouri
168
Reviewed 7 November 2020
Book Your Room Early in this Town!

Yellowstone is a stunning area and well worth a trip. But the town of West Yellowstone is "touristy" IMHO, and since they are the only game in the immediate west Yellowstone area, can get away with it. (if don't stay here, routed into Idaho or further north toward Bozeman) Book your motel rooms early because the town's available rooms fill up fast. We decided to stay in the area at the last minute and apparently got the "last room" in town which happened to be at an overflow area for this Inn. We paid through the nose ($189.00 PT) for two people, no breakfast, and a few hours sleep. But , didn'tfeel we could safely travel on, so we stayed. We were rented what I would call a "hunter house", which would have been suitable for up to 6 people or more. It would have been an acceptable location for a large family as it had a kitchen, 3 sleeping areas, etc. We asked if a price adjustment could be made and was told no. The cabin unit was older with some renovation and appeared clean enough but could have used some attention. The front door to the unit only opened halfway before sticking on the carpet. An outlet was hanging out of the wall which was not great, and light bulbs were not working, which seems someone should have noticed. Upon finding a door off the kitchen that was unlocked and easily opened, we discovered two storage areas for the motel, stacked with stuff, and with a back door unlocked and open to the street for whoever might have decided to walk right in. It was creepy. Glad that we found it, got the door locked, and had no unwanted visitors! Parking was not great and the corner where the room was located was very dark. (no street lighting). When we checked in and out, masks were either not worn, or not worn properly. I understand that not everyone likes masks, but in a heavily touristed area, would seem smart to think enough of the people supporting their town to practice this small gesture of additional safety. The Inn is located about two blocks from the west entrance to YNP so that is convenient.

This review is the subjective opinion of a TripAdvisor member and not of TripAdvisor LLC
James D
69
Reviewed 3 November 2020
Great location. Good enough room.

We stayed at the Brandin' Iron Inn back in September 2020 while traveling through Yellowstone National Park and it was a decent experience.

The rooms aren't high end and you won't get a luxury experience, but you will get an awesome location to the park and nightlife in the town. It's just minutes away from the entrance to YNP.

I admit the pricing for the hotel was WAY outside our budget, especially for the amenities offered, though it was cheaper than other properties we looked at.

Overall it's not a bad place but probably overpriced for what you get compared to other hotels we've stayed at as we travel full-time.

This review is the subjective opinion of a TripAdvisor member and not of TripAdvisor LLC
MarGal67
Bellevue, Washington
9382
Reviewed 4 October 2020
Adequate, but just ok

The room was spacious, clean and comfortable, and the only real complaint about it was the bathroom fan that sounded like a jet engine and the shower head the size of a quarter that felt like the jet’s exhaust. I would have added a star, but one of our breakfast bags lacked a spoon for the yogurt and the other lacked the cream cheese for the bagel. When my husband went back to ask for those items (nicely, of course), he was treated like an inconvenience. I would say this was the attitude of the front desk staff as well. No “thanks” or “have a nice day” upon checking out. A smile and a thanks goes a long way!