This three star hotel had nice rooms. We got the room on the topfloor and it had an excellent sunset and sea view on the terrace. The breakfast was good and the rooms were really clean! We enjoyed our time here.

Trip type: Travelled as a couple
See all 4 reviews
Nearby Hotels 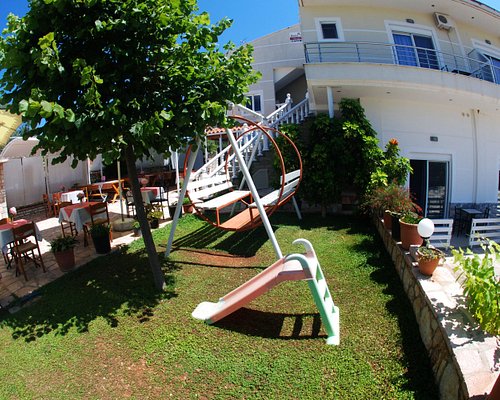 Expedia.com
View deal
Hotels.com
US$87
Trip.com
US$78
eDreams
US$100
View all 12 deals from US$78
18 reviews
0.7 km from Hotel Vista Mare
We compared the lowest prices from 12 websites 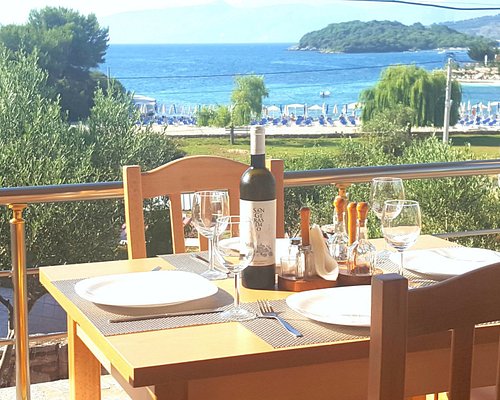 Hotel Lula Ksamil
US$96
Booking.com
View deal
Reserve now, pay at stay
eDreams
US$96
Priceline
US$96
Tripadvisor
US$96
View all 5 deals from US$96
19 reviews
0.5 km from Hotel Vista Mare
We compared the lowest prices from 5 websites Expedia.com
View deal
Free cancellation
Pay up to 12X
Hotels.com
US$94
Trip.com
US$93
Travelocity
US$94
View all 9 deals from US$93
9 reviews
1.3 km from Hotel Vista Mare
We compared the lowest prices from 9 websites
Kuburi Hotel

The room was clean,had AC, fridge, TV and a big balcony. The sheets and towels were clean. Breakfast was included in the price. There was a reasonable restaurant downstairs and the staff was nice, the owner really did try.
The WiFi didn't work in our room. Hot water pressure was so low it took ages to was my hair. The room was somewhat small

This review is the subjective opinion of a TripAdvisor member and not of TripAdvisor LLC
jambulatova
London, United Kingdom
11
Reviewed 5 June 2016
Value for money&Good customer Service

On our journey around the south coast of Albania we originally booked a different hotel, which was rated as a 4 star, after having a very unpleasant experience, we have decided to scout for hotels around ksamil/saranda area. Stopped by Vista Mare by chance and went in to have a look at the room, as I am very picky with beds/mattress (reason for the move) aesthetics of the hotel as well as location is a pretty much a buying point for me, the owner showed us a room, I assume it was a standard double which was a very good value! The room was clean, plenty of space, as well as a good double bed with an orthopaedic matress (specifically asked the owner) there is an L shape resting coach which is very handy at time and just generally provides more comfort during your stay.

We ended up taking the room on the very top floor with a huge balcony (costs a little more), the room itself was of an enormous size, judging by hotels is general as they tend to be very compact. The bathroom had a shower cubicle with a slide in door, which is a plus as its quite hard to find a shower with at least a shower curtain as the whole bathroom gets flooded after one shower (another reason for our move).

We travelled pretty early in season and the town wasn't full of tourists and some hotels were shut due to no demand and maintenance works, however Vista Mare being sold out with only 1 room available despite having competing operating hotels nearby.

We haven't dined at the restaurant but there were tourists coming especially to dine at the hotels restaurant. We did have breakfast every morning, and it was a good standard breakfast you'll find anywhere in albania- omlet, sausage, salad, cheese, the hotel offers a self service buffet which is quite handy especially for those that get extra hungry in the morning!

The owner is always present at the hotel, the hotel itself is a family run business, hence the cleanness, customer serve and genuine friendliness. The hotels management also assisted us with the laundry as we were travelling around the south coast for 10 days, for a small fee.

Overall the experience was very pleasant, I never opt for a 3 star, especially abroad, we've stayed in numerous hotels around the world but I must mention this is the first time i felt like I have underpaid for the stay!