Not what we were expecting 😕 - Pearl of Issa, Island of Vis

“Just what WE wanted!”
VDRNXzEzX2llMQ==
other travellers have booked this property

Review of Pearl of Issa, Island of Vis 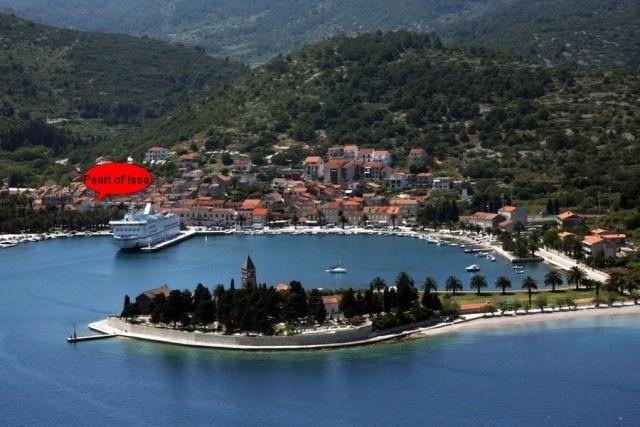 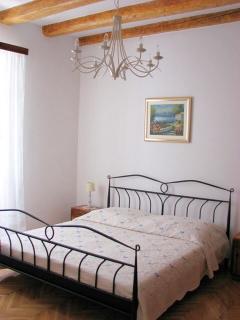 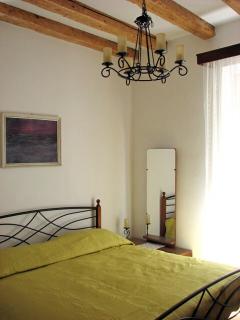 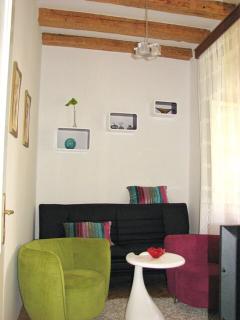 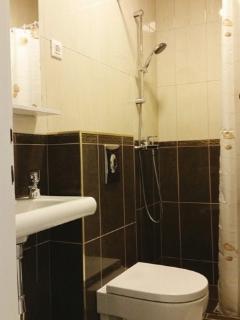 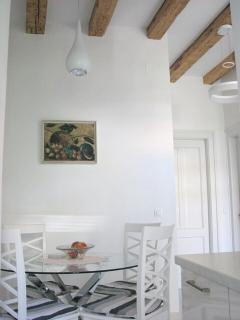 Very good - based on 8 reviews
Write a Review

When we reached the location we were shown the property by, not the owner but a guy who didn't really know much about the apartment. We were surprised as the location shown wasn't really where the apartment was advertised, when we asked if he was sure it was what we booked, he replied, I think so? They said it was near the port, but down a dodgy back alley, close to a mechanics, that had no lighting at night, and when inside the outside door there was a flight of stairs, as the apartment was upstairs, this also had no lighting and was pitch black if you entered after sundown. We were pointed toward the downstairs and told laundry room, when we arrived, but oh my, there was the most ungodly smell as you entered that made us all gag.
The apartment as such was full of lots of old tired unneeded furtniture, and a very musty smell seeped from the wardrobes in the main bedroom, when opened they were full of extra uncovered pillows and stained extra bedding, so completely unusable, so we just kept everything in our suitcases. The shower drain would get blocked if more than one person used it within 30 minutes of each other, and would start to back up.
I could go on, but as a whole we were very disappointed with the hygiene, (bedding in our bedroom also bring stained on arrival) the location,( which I regarded as unsafe to leave my daughters alone there at all) the ungodly smell that seem to Constantly permeate through the apartment, and downstairs. A day before leaving I tried to contact the owner as to where to leave the key, but was not even replied to. I certainly wouldn't recommend as we had friends staying locally, whose apartments were very clean and fresh and much lower in price.

Date of stay: September 2018
Was this review helpful? Yes
This review is the subjective opinion of a TripAdvisor member and not of TripAdvisor LLC
Problem with this review? Thank you. We appreciate your input.

10 helpful votes
“Just what WE wanted!”
Reviewed 28 September 2016 for a stay in September 2016
3
people found this review helpful

We booked this apartment through TripAdvisor and once we established contact with Matea (the owner) we never looked back. She was helpful and advised us to contact Paiz travel also (excellent advice). We arrived by Ferry to be met and guided to the Apartment - yes it is only a three minute walk from the quay, turn right by the 'Konsum' (where the refuse bins are for the area) and then left for No.23! The key-holder met at the street door and led us up the passage (past the laundry room and washing machine) and up to the enclosed courtyard with its terrace, woodshed and outdoor cooking area. Beautiful in the sunshine but shaded by a lovely Magnolia. The courtyard is slightly overlooked by the neighbours (Matea's elderly cousins?) who were a lovely couple and we said "Dobar Dan" to them all of 3 times in a week! Our privacy was never compromised.
The Apartment is better than described with white tiled flooring in Shower Room and Kitchen-Diner and wooden parquet floors in the two large bedrooms and small TV Room (which we never used). The Bedroom windows are glazed and shuttered (Venetian style) and overlook the street below. The whole place was brand new and immaculately clean. Privacy is not compromised. An electric storm put out half the lights in the Town for an hour but we had Emergency Lighting! Thank you Matea - an unexpected bonus.
We were about one minute away from the Harbour and Shops (turn left then right), a minute from the nearest small Eating Place (turn right) and 4 minutes from the centre of the Esplanade, Yachts!, Excellent Restaurants & Bars, Fruit Market and Shops (& Post office).
I could go on and on but ------- it was GREAT and WE loved it!

Date of stay: September 2016
Liked best: The Location and General State of the property.
Liked least: The Bells of the Franciscan Nuns when one could hear them (not often!)
Travelling group: Spouse/Partner
Would you recommend this hotel to a friend?   Yes.
Recommended for:
Was this review helpful? Yes
This review is the subjective opinion of a TripAdvisor member and not of TripAdvisor LLC
Problem with this review? Thank you. We appreciate your input.

Stayed in Pearl of Issa for a few nights at the start of July 2015. Superb location by the ferry and a beautifully restored property with great wifi, huge bedrooms and a nice bit of outside space. The owner's family met us off the ferry and showed us to the apartment. Well equipped with dishwasher and good quality air conditioning. Really enjoyed my stay here and would definitely recommend.

Date of stay: July 2015
Liked best: Beautiful restoration and large bedrooms
Liked least: Terrace wasn't the most private
Travelling group: Spouse/Partner
Would you recommend this hotel to a friend?   Yes.
Recommended for:
Was this review helpful? Yes
This review is the subjective opinion of a TripAdvisor member and not of TripAdvisor LLC
Problem with this review? Thank you. We appreciate your input.

The apartment is located near the port so the access to it with luggage is easy. The apartment is very comfortable and the two spacious bedrooms are very nice. The apartment is newly furnished and very well equipped so although not attempting to do so we had breakfast at the apartment almost every day. There is also a nice terrace. There is no view but in 1 minute on foot you are on the seafront. The owner was very helpful as well as her family who lives in the house next door.
We would definitely recommend this rental and try to book it next year too.

Date of stay: August 2015
Travelling group: Friends
Would you recommend this hotel to a friend?   Yes.
Was this review helpful? Yes
This review is the subjective opinion of a TripAdvisor member and not of TripAdvisor LLC
Problem with this review? Thank you. We appreciate your input.

Looking for a place to stay in Vis?
View all 170 holiday rentals