US$120
US$65
View deal
PricelineUS$120
Hotels.comUS$65
FindHotelUS$67
TravelocityUS$65
CheapTicketsUS$65
Orbitz.comUS$65
View all 16 deals
* Prices are provided by our partners, and reflect average nightly room rates, including taxes and fees that are fixed, known to our partners, and due at time of booking. Please see our partners for more details.
Interstate55
Texas Gulf Coast, Texas
3

From Lisa at the front desk to Ralph the head of maintenance and all the fantastic housekeepers this location is truly my home away from home. I am staying there now and have stayed at this location at least 3 times in the last year. Love the location off of Interstate 10 but most importantly me and my best friend Rocky love the staff. Friendly, helpful and truly fantastic people staff this Red Roof Inn in beautiful Slidell Louisiana. 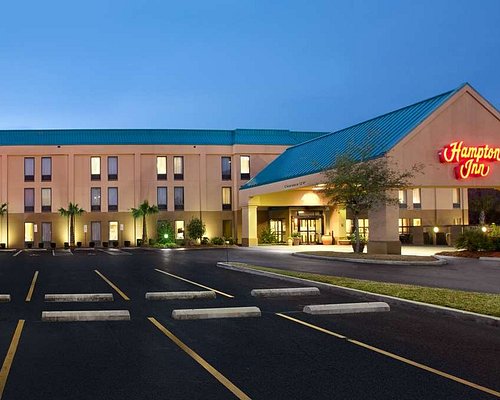 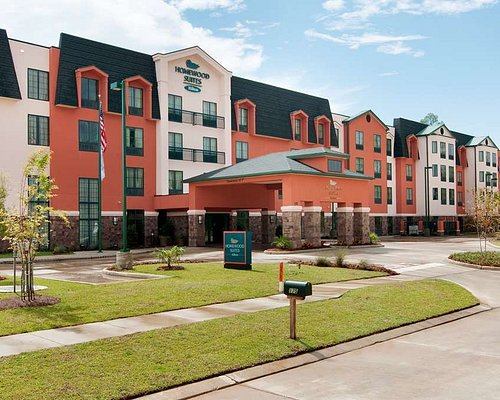 Breakfast included
Homewood Suites by Hilton Slidell
US$159
US$138

Taking safety measures
We compared the lowest prices from 16 websites
Holiday Inn Hotel and Suites
US$103
Booking.com
View deal
Free cancellation
HolidayInn.com
US$108
FindHotel
US$99
Lol.travel
US$131
View all 19 deals from US$99
376 reviews
4.1 km from Red Roof Inn Slidell

Very clean nice kind people and get their job done well. This is one hotel that is very strict on there rules but there not any drug activity in and out and not alot of troublesome s around here. Its also a very easy hotel to find right off the interstate with multiple fast food places near by in walking distance and an truck stop for anyone if any vehicle issues or any assistance needed

This review is the subjective opinion of a TripAdvisor member and not of TripAdvisor LLC
tammyhT5492XE
112
Reviewed 15 February 2020
Convenient, but.....

The location was conveniently located just off the highway (no noise other than the garbage truck picking up the dumpster), and fantastic for the Mardi Gras parade route in Slidell (within walking distance) as well as several restaurants and a grocery. It's a great mid-point location when you plan to be making trips to New Orleans and Bay St. Louis.

Unfortunately, we were not greeted as I would have expected at the front desk during any of our interactions. The gentleman was not rude, he simply didn't come across as welcoming or friendly, and at no time did he smile. We did appreciate him moving us to a king bed as opposed to 2 queens when our kids did not come with us. Once in our room our immediate concern was the smell and greasy/slippery floor (and I mean everywhere!). It was a bad first impression to say the least. A call was made to the front desk but being late at night we understood it would be morning before our room was addressed, but we tried to look at it from the point of "you get what you pay for". We were not offered an alternate room at this time. We got back into the car (after a 12 hour drive) and went out to purchase Febreeze and house slippers (photos were taken of the bottom of our slippers). The following morning we happened to see the housekeeping supervisor on our way out who was pleasant and listened to our concerns. As it happened, she was carrying a clipboard (I believe) and stated she had received our message from the previous night and was on her way to our room. She also offered to move us to another room. It was my opinion if this was how housekeeping cleaned our room it was how they cleaned every room so we made the decision to hold off on moving and give them a chance to clean the room properly. Upon our return we found the room to have been cleaned very well. We never mentioned the loose toilet seat to anyone (should've been obvious when it was last cleaned). In addition to the smell and floor there was a long black hair in the tub which later had me wondering if the room had been truly cleaned since the last customer checked out. Eww.. :/ The bed was very hard (that could simply be a personal preference of course) and the pillows were terribly flat so I would recommend you bring a couple from home. Luckily we had the forethought to bring a small coffee maker as one was not provided in the room (pretty standard to get one these days). As a former resident of Slidell I'm always sad to leave, but will admit I was looking forward to returning to the clean surroundings and comfort of home. We stayed a total 4 nights and one of the days we were there the housekeeper just opened the door and walked in without knocking before I was even dressed for the morning. I was standing rather close to the door and am certain there were NO knock, so of course it scared me when the door opened right out of nowhere prompting me to yell "get out!!" assuming someone was just trying to get into our room. However, let me add that in no way did we feel the area was unsafe. We felt perfectly safe staying there.

Photos from our visit are attached. Funny enough (or NOT so funny) is the only apology we received was from the housekeeper who just walked in - and she apologized profusely. In conclusion, we've paid the same amount for better hotel stays and aren't likely to return..... which is unfortunate because we really liked the convenient location.

Thank You for your stay and for making us aware of the issues with your stay.
I actually was the lady with the clipboard that talked with you outside your room.
Please know we take all your issues very seriously and we are taking action to make sure this never happens again.
We truly value you as a guest and hope you will give us a other try next time you are in town, so we can make your next visit truly a better experience. Thank you so much and have a great day.

Report response as inappropriateThank you. We appreciate your input.
This response is the subjective opinion of the management representative and not of TripAdvisor LLC
blmenard82
Lake Charles, Louisiana
4811
Reviewed 3 February 2020 via mobile
Nice

Clean room. Friendly staff. Safe environment. I’ve stayed here twice before & will stay again. For the price, it’s a good deal. I would recommend it for anyone looking for a decent run for s as good price.

The room (especially the bathroom) was very clean. The lady at the front desk during the day and the man at night were both very friendly. If you want an inexpensive motel, I highly recommend this one.

This review is the subjective opinion of a TripAdvisor member and not of TripAdvisor LLC
William N
Cobourg, Canada
1123
Reviewed 8 September 2019
Traveler

Stayed 3 nights while touring the area. Turned out to be a good base for us as we took in the sights and spent time in New Orleans. The place was a bit dated but comfortable. Lots of dinining near by and great location to the highways

Thank you for your feedback. I am glad you enjoyed your stay. please remember us on your next visit.