Ramada Limited Catlettsburg/Ashland
Ramada Limited Catlettsburg/Ashland
Lowest prices for your stay
Lock in the lowest price from these sites
US$124
US$105
Reserve now, pay at stay
View deal
TripadvisorUS$105
Hotels.com
Expedia.comUS$105
WyndhamUS$124
Priceline
Agoda.comUS$105
View all 17 deals
* Prices are provided by our partners, and reflect average nightly room rates, including taxes and fees that are fixed, known to our partners, and due at time of booking. Please see our partners for more details.
Ty B
81

If you are needing a room for just a layover I do o recommend this hotel, nice pool and hot tub,, did not attempt their breakfast just went to nearby restaurant , front desk staff was friendly on checking in and out

Trip type: Travelled with family
See all 446 reviews
Nearby Hotels 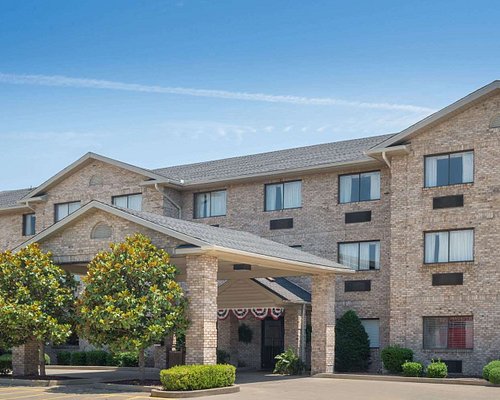 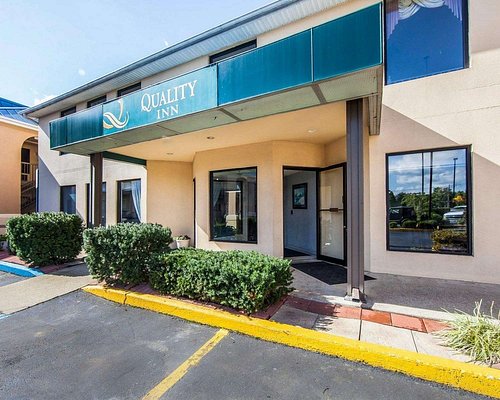 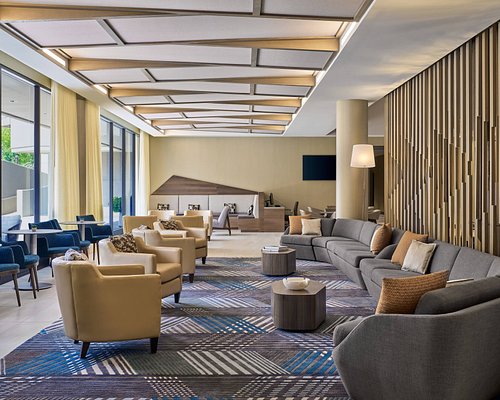 Fairfield Inn
View deal
Booking.com
US$110
Tripadvisor
US$110
Hotels.com
View all 17 deals from US$110
194 reviews
9.3 km from Ramada Limited Catlettsburg/Ashland

Taking safety measures
We compared the lowest prices from 17 websites
Breakfast included
Hampton Inn Ashland
US$94
US$84
Booking.com
View deal
Priceline
Hampton.com
US$94
Agoda.com
US$84
View all 14 deals from US$84
505 reviews
9.5 km from Ramada Limited Catlettsburg/Ashland

My husband and I stayed here for our anniversary. When we first arrived we noticed the awning was damaged and wires hanging out. The lady at the front desk was nice. Checked us in, said our card would be charged 25 dollars to make sure the card worked Incase they had to charge for damages, which we would get back. So we proceed to our room and notice water damage on the ceiling above the hot tub and the faucet in the bathroom was broken. After settling in we decided to go for a swim in their pool. Their spa was closed, the ceiling around the pool was damage and had multiple parts where the wall paper was hanging off the wall. Since it was our anniversary we made the best of it. On the day to check out, I was moving all the sheets and pillows to the middle of the bed. When I pulled one of the pillows out that was under the headboard, the whole headboard fell off the wall. We told the housekeeper what happened, she rolled her eyes and said "ill tell someone" I looked at my husband and said "she didn't seem to care we should tell the lady at the front desk" so he did and the lady at the front desk was very rude and said "be on the lookout for an email from the people you booked it with." We left. Our card was charged another 25 dollars for who knows what so I call the hotel to discuss it and the front desk lady was very rude and said we charged you for damage to the room because of the headboard. I asked to speak to the manager. She said "she's not here right now" and would not tell me when she would be in after me asking multiple times. I called back 10 mins later to speak with the manager the lady says "she's unavailable right now" I gave her my call back number and have yet to hear from the manager. Very poor service. I took pictures of the headboard before we left and there's only one screw in the board holding the headboard up so the fact we are charged for it falling is bullcrap. Especially considering the rest of the hotel is falling apart. We will never be back here and do NOT recommend it

This review is the subjective opinion of a Tripadvisor member and not of TripAdvisor LLC.
Fedupandmad
Louisa, Kentucky
2
Reviewed 22 July 2020 via mobile
Amazing people and rooms.

I've never been more welcomed by a Hotel staff . Every single staff member that we encountered gave 100 percent. From out wonderful housekeeper to the ladies and gent at the front desk. Breakfast was amazing. The beds were perfect and not one thing was out of place. The pool was open during the 90 some degree weather. The whole place was spotless which is a major plus with me. I highly recommend this wonderful place for families or even if you just want to escape home for a few days to rest and relax. Loved our room.

This review is the subjective opinion of a Tripadvisor member and not of TripAdvisor LLC.
Debra M
1
Reviewed 3 February 2020
Very nice hotel

Very nice, quiet hotel even with a high school wrestling team staying there same night. Staff was very kind and friendly. Overall enjoyed this trip and would definitely stay there again without hesitation.

Review collected in partnership with this hotel
This business uses tools provided by Tripadvisor (or one of its official Review Collection Partners) to encourage and collect guest reviews, including this one.
Ask Debra M about Ramada Limited Catlettsburg/Ashland
Thank Debra M

This review is the subjective opinion of a Tripadvisor member and not of TripAdvisor LLC.
mberry59
Uniontown, Ohio
1
Reviewed 31 January 2020
Business Trip

Great upgrades made to the property and the staff is always there to help. Jennifer saw me pull in the parking lot and had me checked in by the time I arrived inside. The breakfast and service is always great!

Review collected in partnership with this hotel
This business uses tools provided by Tripadvisor (or one of its official Review Collection Partners) to encourage and collect guest reviews, including this one.
Ask mberry59 about Ramada Limited Catlettsburg/Ashland
Thank mberry59

This review is the subjective opinion of a Tripadvisor member and not of TripAdvisor LLC.
chef614g
Cridersville, Ohio
1
Reviewed 30 December 2019
Nice clean rooms with updated decor

Great affordable and clean place to stay! Rooms have been updated to include all new bed comforters and window blinds. The old outdated curtains have been removed and in its place are 2 new privacy blinds. The rooms now look more appealing and sleek!

Review collected in partnership with this hotel
This business uses tools provided by Tripadvisor (or one of its official Review Collection Partners) to encourage and collect guest reviews, including this one.
Ask chef614g about Ramada Limited Catlettsburg/Ashland
Thank chef614g