US$75
US$64
View deal
SAVE US$11
Free cancellation until 21/06/17
Travelocity
Orbitz.com
eDreamsUS$75
View all 11 deals
* Prices are provided by our partners, and reflect average nightly room rates, including taxes and fees that are fixed, known to our partners, and due at time of booking. Please see our partners for more details.
Vikrant_Sri
Gurugram (Gurgaon), India
188

Excellent Place in Lap on Nature

The location of Sterling corbett is amazing overlooking mountains and river kosi. Their rooms are good and spacious specially the higher category rooms. Key specialty is their staff they are extremely professional and helpful. If you need any help and support they are there always. Special mention to few staffs Surendra, Prakash and Dinesh and person at front desk who ensure our smooth check-in. Front office and restaurant team were quiet helpful. Special thanks to Avnessh and Lalit for ensuring our stay to be smooth and comfortable and also food were amazingly good. Overall great time. The USP is that you can have your tea sitting outside your room overlooking mountains. Nice place to unwind and relax.More

We are humbled by your kind feedback of your stay at Sterling Corbett.

Our resort seeks to be the perfect fusion of nature and hospitality and we are glad that you enjoyed yourself to the fullest amidst the tranquility of nature. Thank you so much for applauding the effort of our staff members to make you feel welcomed. It is a part of our endeavour to deliver only the best.

We hope to host you soon.

Report response as inappropriateThank you. We appreciate your input.
This response is the subjective opinion of the management representative and not of TripAdvisor LLC
See all 485 reviews
Nearby Hotels 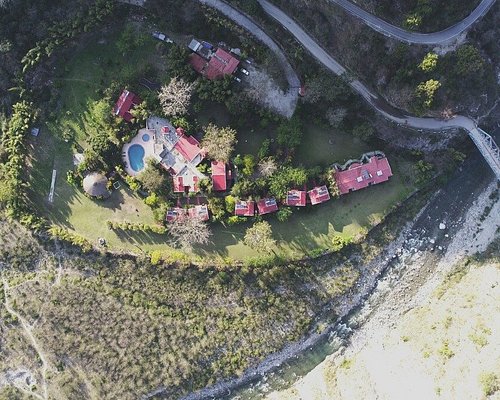 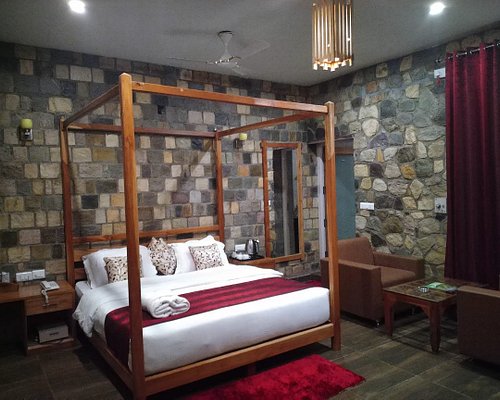 This resort is on remote location in Marchula 35 Km from Ramnagar, but when we enter in resort feel like in heaven. By god of grace in evening there was little raining weather make me craz, thanks to Mr. Rajendra he give us Best view rooms. Once again thanks for best hospitality

We are ecstatic learning that you had an amazing time at Sterling Corbett.

Thank you for making the most out of our exotic location and spacious rooms. Rajendra will be pleased knowing that you remember him so kindly.

Hoping to host you again in our resorts.

Report response as inappropriateThank you. We appreciate your input.
This response is the subjective opinion of the management representative and not of TripAdvisor LLC
xytizs
Kolkata (Calcutta), India
73
Reviewed 30 March 2021
Avoid if possible

The property seems nice online. The key word would be 'seems'. The reality is pretty far from that. First of all, it is an hour + from ramnagar and all the other properties around Corbett. This means that you have to travel an additional 2 hours per day if you need to go anywhere. Thats not a fault of theirs but rather an oversight of ours at the planning stage. Since that piece of information is out of the way, lets get down to the real review.

1. The property - The property is clean but grossly ill equipped. There are no proper seating areas other than the reception and the restaurant. Both of these are noisly and quite disturbing with a high flow of foot traffic.

2. The service - This seems to be something for which there is almost no excuse. Multiple things were requested for on call and that too multiple times. We called for hand towels( they dont place them in the room while cleaning) at least 3 times and yet they never arrived. This is an example as there were more similar occurrences.

3. The food - The food menu is extremely limited. Not only is the limited menu an inconvenience, the quality of the food in general is not up to the mark. We had nightmares at the idea of having to eat a meal at the hotel.

4. The WIFI - This is a BIG one. the hotel does not provide wifi in the rooms. I dont know if they know that its 2021 and the world does not function without an internet connection. The wifi is available in the lobby and restaurant area. The speed is extremely limited as is the access to many online portals, websites and services. Sites such as tripadvisor, speedtest, youtube stream/download etc were blocked/inaccessible depending on the device you were trying to access it on. In short, its a disaster. The staff when informed of this, simply stated that its been blocked from the Corporate HQ. NOT GOOD ENOUGH.

5. The rooms - The rooms can be given an average rating even though there is tremendous scope for improvement. The sofa bed is basically a folded mattress. The kettle doesnt work properly and does not lock. The central switch even turns off the power supply to the charge points which does not make sense. The bathroom amenities are limited. There are no shelves in the shower area to keep your stuff on. I could go on but I think I've made my point.

The above stated line items are the highlights of my experience however the total list of things that is wrong with this property is much longer. I had spoked to the GM there and mentioned my concerns. He seemed genuine and said that things were being worked on. However my experience through the 4 night stay was one of the worst I've had at any resort.
Really hope the management takes a deep look into their operations and does a hard recalibration.

We are grateful to you for sharing your valued feedback describing your experience at Sterling Corbett.

Please accept our sincere most apologies for the issues that marred your stay. We understand that our guests expect only the best from us and our team has already started a process to look into the deviations that you have mentioned.

Request you not to take this as a norm and allow us to roll out a pleasant holidaying experience like no other.

Report response as inappropriateThank you. We appreciate your input.
This response is the subjective opinion of the management representative and not of TripAdvisor LLC
Dhruvpatelvegass
1
Reviewed 30 March 2021 via mobile
Excellent place great location Good service worth going

We thank you for your positive response of your vacation at Sterling Corbett.

We are elated to know that our picturesque location was the highlight of your stay. Thank you for liking our highly rated service and culinary delights.

We would love to host you again in our resorts located at exotic destinations pan-India.

Report response as inappropriateThank you. We appreciate your input.
This response is the subjective opinion of the management representative and not of TripAdvisor LLC
aidenpinto29
1
Reviewed 30 March 2021
trip to corbett

since the only thing you can do at jim corbett is the safari, you'd expect the jeeps to pick you up, but sadly this hotel is about an hour away from the safari entrance and you will need your own vehicle to get there. hotel does provide their service but charges extra. over all experience :)) :))

Thank you for holidaying at Sterling Corbett and sharing your candid feedback.

We regret the inconvenience caused and have shared your concern with our management team.

We await the chance to host you again in the near future.

Report response as inappropriateThank you. We appreciate your input.
This response is the subjective opinion of the management representative and not of TripAdvisor LLC
Mitultraveller12
1
Reviewed 30 March 2021 via mobile
Vacation

We are pleased to know that you had a rejuvenating experience at Sterling Corbett.

Thank you for making the most out of our scenic location and highly rated service rolled out by our staff members. They are a part of our efforts to roll out a holidaying experience like no other.

Do visit us again.

Report response as inappropriateThank you. We appreciate your input.
This response is the subjective opinion of the management representative and not of TripAdvisor LLC
View more reviews
PreviousNext
123…
<script type='text/javascript' crossorigin='anonymous' async onerror='__scriptLoadError(this,true);' src='