US$368
US$302
View deal
Agoda.comUS$362
FindHotelUS$368
eDreamsUS$362
View all 20 deals
* Prices are provided by our partners, and reflect average nightly room rates, including taxes and fees that are fixed, known to our partners, and due at time of booking. Please see our partners for more details.
CC L
Georgia
1

Would Not Visit Again

I'm wondering if I expected too much when reading some of the other reviews. The hotel is dated, however, that does not mean it does not need to be clean. The room was dirty, the area just outside the room was not clean. Perhaps I should have begun with that the staff were all very friendly. More

I'm sorry that you experienced an unfortunate substandard visit with us. We strive very hard to provide a superior product and service to our guest. Without knowing the specifics, the guest rooms all have been renovated and as we have a very aggressive plan for the overall upkeep / maintenance of the grounds and public areas. I have forwarded this to the appropriate department managers for further review and corrective action as necessary.
Thank you,
Doug Rogers
Director of Guest Satisfaction

Report response as inappropriateThank you. We appreciate your input.
This response is the subjective opinion of the management representative and not of TripAdvisor LLC
See all 7 241 reviews
Nearby Hotels 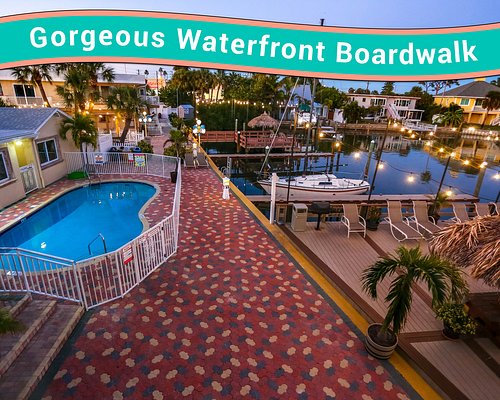 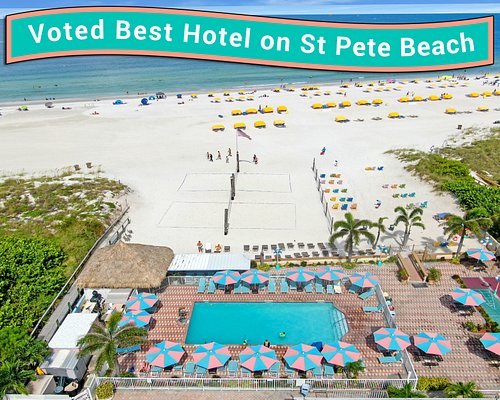 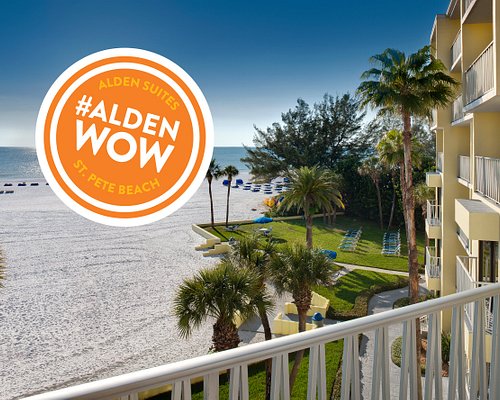 Taking safety measures
We compared the lowest prices from 17 websites
Postcard Inn On The Beach
US$279
Booking.com
View deal
Free cancellation
Official Site
US$229
Destinia.com
US$162
Expedia.com
US$276
View all 18 deals from US$162
1 395 reviews
0.6 km from TradeWinds Island Grand Resort

Taking safety measures
We compared the lowest prices from 19 websites
Sirata St Pete Beach
US$288
Booking.com
View deal
Expedia.com
US$267
travelup.com
US$200
ZenHotels.com
US$311
View all 20 deals from US$200
6 690 reviews
0.3 km from TradeWinds Island Grand Resort

Taking safety measures
We compared the lowest prices from 15 websites
The Hotel Zamora
US$293
Booking.com
View deal
Free cancellation
Expedia.com
US$293
Agoda.com
US$185
Lol.travel
US$352
View all 21 deals from US$184
1 018 reviews
1.9 km from TradeWinds Island Grand Resort

Taking safety measures
We compared the lowest prices from 18 websites
The Don CeSar
US$415
Booking.com
View deal
Free cancellation
Expedia.com
US$415
FindHotel
US$279
getaroom.com
US$433
View all 20 deals from US$279
5 572 reviews
2.3 km from TradeWinds Island Grand Resort

My husband and I got married at the Tradewinds in 2012 and have vacationed here at least 2 times a year. We have since started a family and visit more frequently with our children. After our stay here on Sunday, September 5th it breaks my heart to say that we will never return. We had called down to the front desk to report smoking next door, our sons pack and play was by the adjoining door that the smoke was coming out of. Front desk seemed to care and said they would send someone up. We hear someone knocking on our door at 9:20pm wanting to check our stove??? He woke up our two small children, I called the front desk back and she said that was a mistake that he shouldn’t have been at our door. We get everyone back to sleep and now we have a security guard banging on our door at 10pm, he then knocks on the door next to us and tries to start an altercation between us and the guests next door. Our baby was awake from 10pm until 2am because of this! Very, very bizarre situation! Aside from this unnecessary disaster the rooms & grounds were tired and worn, the pools were filthy (even upon waking on Monday and being one of the first ones down). Trash covered the beach and red tide was so bad there were dead eels every step you took. It was a horrible stay.

I'm sorry to hear of your unfortunate experience while here. As certainly compared to your history here, there certainly were some additional challenges this time around. Your concerns regarding the smoking were immediately forwarded to the proper department managers to ensure situations of such are handled appropriately going forward. Regarding the pools, yes it was a holiday weekend and the pools experienced very high use, however our third party vendor does provided the required services during the overnight hours. Regarding the red tide, for a brief period of time, the beach did experience the eels and a little bit of seagrass, as the City of St. Pete Beach advised that their equipment would complete the normal removal of the eels and debris as in the past.
If I could be of any further assistance, please don't hesitate to contact me directly.
Thank you,
Doug Rogers
Director of Guest Satisfaction

Report response as inappropriateThank you. We appreciate your input.
This response is the subjective opinion of the management representative and not of TripAdvisor LLC
D8479YKmaggieb
1
Reviewed 6 September 2021
Returning guests!

We've been coming here for 24+ years and find the staff to be exceptionally friendly- some have been working there for 24+ years as well! Kevin and Lori in the Flying Bridge restaurant are the friendliest, kind servers! Kevin also hosts the weekly Karaoke night at the Sharktooth Tavern and makes it an incredibly fun and entertaining night!

This review is the subjective opinion of a Tripadvisor member and not of TripAdvisor LLC.
ADCollier
Cincinnati, Ohio
192141
Reviewed 3 September 2021
Return Stay As Good as Previous Stays

We are Bluegreen Vacation Club owners and have stayed in the Breckenridge building many times. Unit 5602/5604 this trip.
The 2 bedroom unit was clean and quiet. The beds very comfortable.
Having access to 3 mini-refrigerators helped to hold our food and many water bottles. Still wish the "Living Room" unit would be upgraded to include a full kitchen. There is plenty of space to do so. The bar sinks are NOT even large enough to hold the dinner plates.
Nice to have access to a free laundry room, but the dryer took forever to dry a normal load,
Plenty of outlets and USB ports to charge all our devices.

Room tip: The "No View" side is quieter, but the "Gulf View" side more scenic.
Ask ADCollier about TradeWinds Island Grand Resort
Thank ADCollier

This review is the subjective opinion of a Tripadvisor member and not of TripAdvisor LLC.
BeeTeePgh
Pittsburgh
1
Reviewed 2 September 2021
Standard family beach hotel, but you’re paying extra for the beach location

Not a bad beach hotel, but not a whole lot different than any other 40-year-old beach hotel in Ocean City, Myrtle Beach, Virginia Beach, etc. It definitely needs some TLC, and many of the popular attractions haven't changed much in 20 years (the vinyl water slide, for example, has been a feature of the beach since 2002).

As others have mentioned, the other advertised amenities (putt-putt golf, ping pong, arcade) aren’t up to par.

The grounds are somewhat dated and oddly laid out, with courtyards in strange places -- big empty spaces where it looks like something ought to be, but isn't. You can tell that this isn't one planned-out resort -- rather, it is a few separate hotels that were collected into a single property. The L-shaped hotel is the newest of the three (built in 1983/1984 and opened in 1985), while two other smaller hotel buildings are few decades older (the former Odyssey and Normandy hotels).

As a result, the "resort" part of the name is somewhat misleading. This is a fine hotel if you go into it understanding that is basically a series of beach hotels (albeit a very large one) and not some kind of opulent Orlando mega-resort.

If you are expecting a Disney-sized palace with a swim-up bar and pool-side cocktail service (and you might be, considering the full price for a suite), this isn’t it. If you are expecting a Holiday Inn at Virginia Beach, you’ll probably be fine. A bit overpriced given the accommodations, but you can’t beat the beach access -- overall, the suites were nice (if dated), roomy and clean, and your kids will almost certainly have fun at the beach or in the pool.

Note: The staff there was working as hard as they could. I am sure they are under-staffed just like the rest of the hospitality industry.

This review is the subjective opinion of a Tripadvisor member and not of TripAdvisor LLC.
Vonette727
1
Reviewed 23 August 2021
A good time

Had a nice staycation, food was good, activities pleased my 3 y/o grand baby and family. I called housekeeping for service and was tended to in a timely manner. I also called room service and the food was delivered ahead of time. The AC did not work well in the gulf view room. The temp stayed 79-82 degrees even at night which is uncomfortable. I also booked a massage and had to cancel due to a man providing service which I was not comfortable with. It would be best to inform customers during spa bookings who they will be paired with.

This review is the subjective opinion of a Tripadvisor member and not of TripAdvisor LLC.
View more reviews
PreviousNext
1…678…