US$74
US$57
View deal
Free cancellation until 21/08/08
Reserve now, pay at stay
Travelocity
Orbitz.com
HurbUS$74
View all 16 deals
* Prices are provided by our partners, and reflect average nightly room rates, including taxes and fees that are fixed, known to our partners, and due at time of booking. Please see our partners for more details.
Ali A
31

Excelente attention very clean room service very good reception very helpful , stayed 2 nights restaurant great variety off food, chef came out personally to ask how would we like to have our food made etc

Trip type: Travelled with family
See all 415 reviews
Nearby Hotels 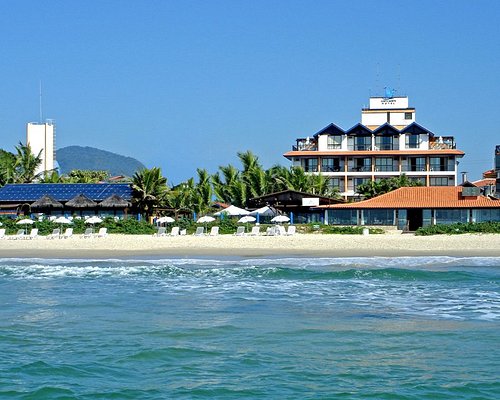 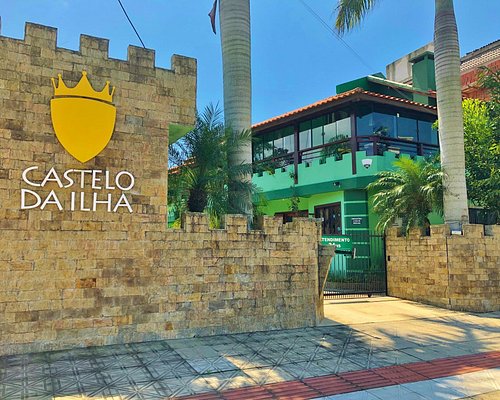 eDreams
View deal
Booking.com
US$29
Trip.com
US$26
Expedia.com
US$29
View all 12 deals from US$26
286 reviews
0.6 km from Slaviero Essential Ingleses Convention
We compared the lowest prices from 12 websites

Taking safety measures
We compared the lowest prices from 14 websites
Hotel & Pousada Favareto
US$42
US$41
Booking.com
View deal
Reserve now, pay at stay
Expedia.com
US$42
Hotels.com
US$42
Priceline
US$41
View all 12 deals from US$41
233 reviews
1.2 km from Slaviero Essential Ingleses Convention

The hotel is situated at the beach, it was out of season, the area was dead. The hotel was splendid, big room, separate bedroom, good bed and pillows. Wifi was a disaster, uo and down 0.8 MB. Room was clean but not cosy, light was very impersonal and cold, like in prison. Breakfast was good, with fresh fruit. Staff was excellent, however they can't speak english.

Thank you for taking the time to share your feedback. While I wish you had a better experience, it is feedback like this that we learn from and use to improve. We work hard to deliver an exceptional guest experience, and it's apparent in this case that we fell short. If you give us a chance to earn back your trust, I can assure you that we will do our best to give you the great hotel experience that so many of our guests have grown so fond of.

Report response as inappropriateThank you. We appreciate your input.
This response is the subjective opinion of the management representative and not of TripAdvisor LLC
log-laura-ro
Zurich, Switzerland
163
Reviewed 19 February 2017
Amazing view, comfortable staying, but uncooperative staff

I stayed for a week during a conference at the end of August 2016. The room was clean and comfortable it also had ocean view. There's a mini-kitchen (nothing fancy) and there's also a small supermarket nearby. Breakfast buffet is excellent.

The conference organisers helped me with a taxi when I arrived to Florianopolis in order to pay a fair price (~ 90 BRL / taxi). The evening before leaving (we were a group of 4 people), we asked if they could call as a taxi. The guy that was at the reception desk said he well call a taxi in the morning. In the morning at the reception it was a woman. She refused to call a taxi and said we can go with (I don't remember the company name, but is a renting car service next door) by paying 70 BRL / person, in total 280 BRL, which is at least 3 times more. After explaining that a regular taxi would be much cheaper, she said no taxi will take 4 people (which is not true!) and she "negotiated" to pay 180 BRL, as we would have two taxies. This is not OK. It's a 4 star hotel, not a market.

We are very grateful for your feedback. Thank you so much for your kind words.
On the other hand, we sincerely very sorry for the front desk taxi problem. We will take action to never happen again.
Be always welcome.

Report response as inappropriateThank you. We appreciate your input.
This response is the subjective opinion of the management representative and not of TripAdvisor LLC
cs_lev
Budapest, Hungary
296
Reviewed 13 September 2016
Really cool place

I was there during winter time, but at the end of winter (end of August), so the weather was getting better, but is was not crowded. The rooms are clean and big enough, however at that time there was a still not renovated house next to the hotel, where a nice cock was always cock-crowing in the morning. Note that this was only hearable from the most right part of the hotel. Most of the americans said about this hotel's gym that it is really small, and not fully equipped. But trust me, it's quite enough, and if americans would pay attentions to workout, they won't be so big :), besides, I don't want to hurt anybody, but this hotel is really good and well equipped.
And what is the most important thing is that there is a guy at the breakfast, called Louis (I want to emphasize this since I promised him:)), is the best english speaking person in Florianopolis (I tried the taxi company at the airport, they understood what I told them, but the driver did not speak english...then at the hotel reception, people behind the desk speak english, but this Louis has also a great american accent :). Beside his speaking skills, he is really nice, and always says hi and asks about whether you liked the food.
Some more info: this hotel is mostly accessible, they got ramps and things like that, but the rooms, or the room we've got as accessible was not that accessible, but we could manage it (it means that having a shower required some skills and a chair to be put inside, but other things like toilet and size of the room fits for ''wheelchair-traffic'' - you can even go outside to the balcony via wheelchair.
For more details, see the pics.

Room tip: left part of the hotel, when you stay in front of the main entrance. If your budget affords, ask for ocean view rooms
Ask cs_lev about Slaviero Essential Ingleses Convention
Thank cs_lev

Report response as inappropriateThank you. We appreciate your input.
This response is the subjective opinion of the management representative and not of TripAdvisor LLC
Jeff940
California
16359
Reviewed 28 August 2016 via mobile
Modern, simple, clean on the beach

We stayed for most of a week during a conference. Our room was comfortable but nothing fancy. There's a mini-kitchen (microwave, sink, small fridge, a few plates/cups) and there's a small supermarket across the street. Breakfast buffet is extensive. Staff was very helpful but most had limited English, except for Luiz, the head waiter, whose English is fine (and he's very outgoing). The hotel is right on the beach, and about a 15 minute walk to a cluster of shops and restaurants, although Canto do Mar is practically next door and quite good. Note that there is no laundry service, and no laundry nearby.

Thank you so much for your comments. We are very glad and we hope to see you in your next trip to our city.

Report response as inappropriateThank you. We appreciate your input.
This response is the subjective opinion of the management representative and not of TripAdvisor LLC
Assoc-Professor
Connecticut
7428
Reviewed 26 August 2016
Great suites hotel on beach

This hotel is really nice - esp. considering it was rather inexpensive. Very clean; right on the beach; reasonable gym - with amazing beach view; nice, large rooms, with separate kitchen/living room area and separate bedroom - really not much faults. Ok, so do ask in advance to get beach-view room; and I recommend bringing your own soap and shampoo, what they give is quite poor... and breakfast is not _that_ great (and no variability at all - this is my 5th day today...). But overall, great place. They have a small travel agency which does shuttles from/to airport and rents bikes.

We really appreciate and thank you for your comments . About breakfast, we will make some changes introducing different meals .

Thank you so much.