US$161
US$146
View deal
eDreamsUS$161
PricelineUS$161
CheapTicketsUS$146
View all 15 deals
* Prices are provided by our partners, and reflect average nightly room rates, including taxes and fees that are fixed, known to our partners, and due at time of booking. Please see our partners for more details.
227sd
Birmingham, United Kingdom
5524

We stayed here two days ago as part of a cycling tour. The hotel is very comfortable and COVID rules are followed diligently. They are however understaffed for large groups. Our breakfast was nice and no complaints whatsoever. We got dinner from a nearby campsite which was amazing and had it at the harbour.

See all 224 reviews
Nearby Hotels 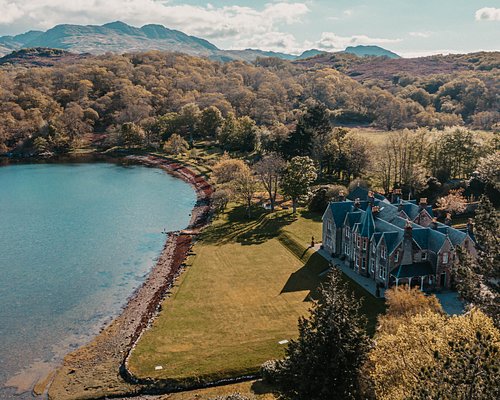 Top Rated
Breakfast included
Shieldaig Lodge
US$470
Tripadvisor
View deal
Free cancellation
Pay up to 12X
Hotels.com
Expedia.com
US$472
Booking.com
US$472
View all 12 deals from US$470
358 reviews
2.3 km from Gairloch Highland Lodge
We compared the lowest prices from 12 websites 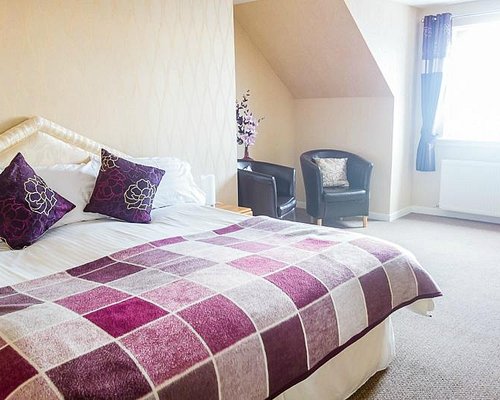 Hotels.com
View deal
Expedia.com
US$132
Agoda.com
US$119
Priceline
View all 13 deals from US$119
251 reviews
2.8 km from Gairloch Highland Lodge
We compared the lowest prices from 13 websites
Breakfast included
The Old Inn

Hotels.com
View deal
eDreams
Destinia.com
US$158
Booking.com
US$198
View all 13 deals from US$158
536 reviews
0.3 km from Gairloch Highland Lodge
We compared the lowest prices from 13 websites
Gairloch Hotel

We booked into the hotel for my birthday nobody at reception so had to ring a number where a member of staff came said our key would be in the room door but where was the room he then took us round the back where I can say a very sizeable room was located very handy for the dog. As it was my birthday I suggested let’s go to the bar and have a drink turns out it an honesty bar and you have to help yourself. Selection of drinks were next to nothing very disappointing, prefer to be served. Breakfast was pre ordered and when we went for breakfast we were told the dog couldn’t go in the area where we were to eat. Bearing in mind I paid £10 per night for the dog I felt this was a poor do. Had to go down the road to the sister hotel for evening meal which was ok but struggled to get a decent booking time, food was ok. In all we saw 2 staff members one breakfast waitress the other was the chap who showed us the room. For the price we paid I was very disappointed with our stay way overpriced for the service received

This review is the subjective opinion of a Tripadvisor member and not of TripAdvisor LLC.
665clairei
41
Reviewed 16 July 2021 via mobile
Obliging for special diet

I appreciate that they made the effort to provide interesting granary gluten free bread and sourced vegetarian gluten free sausages for my breakfast.

Our room was comfortable and the ensuite spacious and functional.

Due to the challenges of Covid times and lack of staff they had an honesty bar where you write down what you have consumed and pay at the end of of your stay.

The evening meal at the sister pub ,the Old Inn, was delicious and delightfully presented.

This review is the subjective opinion of a Tripadvisor member and not of TripAdvisor LLC.
PatCarrie
Callander, United Kingdom
2410
Reviewed 6 July 2021 via mobile
Tired and in need of love

Tired hotel in need of some investment and love
Two members of staff seem to do everything
Both extremely pleasant.
Breakfast has to be ordered night before
Decided not to order yoghurt as already served up and on table in little ice cream dishes. For how long? Orange juice and cereal also in bowls on arrival !
Tried the cooked breakfast the first morning, declined the second
Not sure if it’s brought in from sister hotel.
Can’t blame the staff, very helpful.

This review is the subjective opinion of a Tripadvisor member and not of TripAdvisor LLC.
anya110
Doncaster, United Kingdom
3634
Reviewed 5 July 2021 via mobile
Below average, over priced with friendly staff

Definitely not worth £125 for the night. Extremely disappointed. This hotel could do with a makeover. The decor was mis match and dated with nothing to help the modern traveller such as, extra plug sockets. No additional extras offered to make the stay more pleasant.

The room was clean but the skirting boards and mouldy grout made it feel unclean. Cobwebs by the bed and in the bathroom.

The radiators had been left on so the room was really, really warm. We were unable to turn the bathroom radiator off. Check in was the latest we have ever had at 4pm!

Booked a double room. Two single beds pushed together, that was not advertised.

Breakfast was simple. Coffee was weak and tasteless. Killing me softly instrumental on repeat all day in the reception / breakfast area.

On a more positive note. The breakfast staff were extremely friendly!

This review is the subjective opinion of a Tripadvisor member and not of TripAdvisor LLC.
CooperFamily999
Sheffield, United Kingdom
3236
Reviewed 27 June 2021
4* PRICE 1* HOTEL

We booked this accommodation as part of our NC500 tour. I wish we hadn't! We paid £125 for one night, for 2 people. I wouldn't pay £25 to stay there. We booked a double room, we got two single beds pushed together with a single duvet on each one in a dated and much needed revamp room. There was a shower curtain hung up covering the bathroom window (!), the bathroom door wasn't screwed on properly with the screws hanging out of it, and it was wonky. Our room was around the back of a hotel, which if maintained correctly could be described as a court yard, but it definitely wasn't that! On our arrival "due to COVID" all the guests details were laid out on the reception desk for anyone to see, you had to get your own and follow the instructions and go to your room. Breakfast had to be ordered whilst at reception too (I will get onto that later). We went to reception to complain about the standard of the room for the price paid. We were shown another room, which was exactly the same so we declined. My partner then went again to reception to complain, we were offered yet another room, the only advantage to this was a sea view, the quality of the room was still the same, so again we declined moving all our stuff for no particularly gain. The man on reception gave him the number for the Manager. We rang him and he was very apologetic, asked how much we had paid and said we wouldn't be paying more than £89 (still not worth that) for the room and he would refund us the difference. We also advised we were eating at the sister hotel down the road, and he ensured a bottle of wine was put on our table. Whilst they did try to rectify our complaint, it doesn't reflect the prices advertised for the rooms, compared to the rooms shown on their website. We were expecting a night of luxury for the price paid, compaired to that of others we have stayed in during the tour, we couldn't have been more disappointed. The breakfast (!) was cheap and nasty. The bacon and sausage were the cheapest I have ever known, the eggs weren't cooked properly, the toast was like it had been left standing for half an hour. Again, not worthy of the price paid for the hotel. The man from reception who had greeted us the day before, was around during breakfast and we literally couldn't believe how scruffy he looked, he was wearing dirty tracky bottoms, a tshirt, and his hair was either wet or sweaty. The sister hotel where we ate our evening meal is POLES apart from this, it is luxurious, the staff are welcoming and friendly, the food was out of this world. I cannot understand the contrast in hotels? Whilst we are grateful to the Manager for trying to rectify our complaint, however, I would not recommend this, I would never stay here again. I hate leaving bad reviews, but I literally cannot find anything positive to say about this hotel.

This review is the subjective opinion of a Tripadvisor member and not of TripAdvisor LLC.
View more reviews
PreviousNext
123…
<script type='text/javascript' crossorigin='anonymous' async onerror='__