US$302
US$278
View deal
Free cancellation until 21/10/02
Orbitz.com
Priceline
Hotels.comUS$297
View all 16 deals
* Prices are provided by our partners, and reflect average nightly room rates, including taxes and fees that are fixed, known to our partners, and due at time of booking. Please see our partners for more details.
KBM45
Leicestershire, United Kingdom
337

We had just returned from an excellent 2 night stay at the Compleat Angler in Marlow. Marlow is a beautiful town and the Compleat Angler has undoubtedly the best location overlooking the River Thames. After parking up in the free car park, we were warmly welcomed by the reception team and were showed to our standard room by David (the fabulous concierge) which was lovely and perfect for our requirements. By booking a long time in advance, we secured an excellent price which included breakfast both morning sand an evening meal. All meals were fine, but if we were paying the prices which are currently being charged by the hotel, we would be questioning the quality , variety and selection available. We did receive excellent service whilst there, so were pleased that David showed us around some of the other room options including the fabulous Windsor suite. Overall we would definitely return, but to ensure value for money, we would wait for a good offer before booking. More

Thank you for staying with us and taking the time to write such a lovely review.

David is over the moon with making a difference in your stay.

Report response as inappropriateThank you. We appreciate your input.
This response is the subjective opinion of the management representative and not of TripAdvisor LLC
See all 2 832 reviews
Nearby Hotels 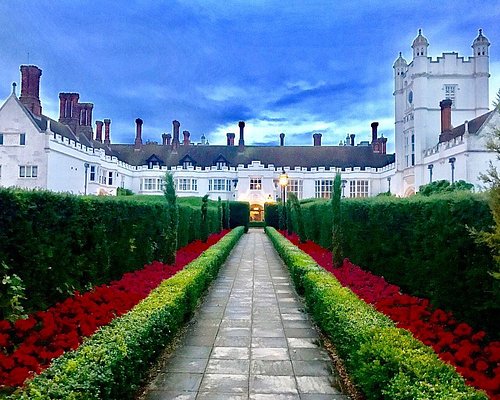 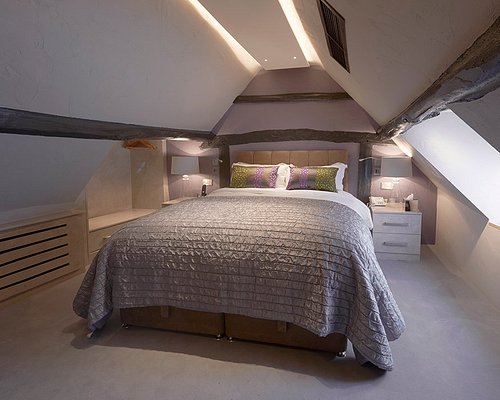 Expedia.com
View deal
Hotels.com
eDreams
US$177
Travelocity
View all 12 deals from US$177
67 reviews
5.0 km from Macdonald Compleat Angler
We compared the lowest prices from 12 websites 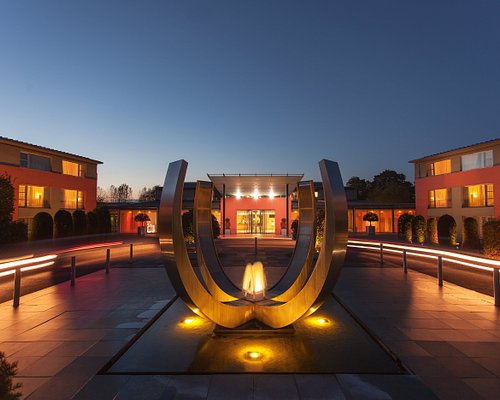 We stayed at the Compleat Angler to celebrate my partner's birthday.

A Deluxe Double Room was close to £800 for 3 nights (including a “special” breakfast).

Now a Deluxe room is 2 steps up from an ordinary room. The room was smaller than that we have had in a well known national chain; there was only an over bath shower head, not a separate shower - not that Deluxe !

I should say the view of the River Thames/Marlow Bridge from the room is stunning, but the rest of the hotel is anything but.

1. Without asking brown toast was served (well not really served, thrown on the table would be more accurate, without the waitress saying a word). Do we want brown or white toast, what about butter – not something they care about clearly.
2. Coffee arrived, no milk (same attitude)
3. My partner asked for a well done fried egg/bacon. The menu included a potato cake (no potato cake, we don't have any). Black pudding wasn't on the menu, it was on the plate – my partner hates black pudding. Under cooked fried egg/bacon.
4. No local ingredients, just cheap low cost bacon, sausages.
5. There is minimal choice on the breakfast menu, basically full fried breakfast or cereals – no fruit, nice combinations of poached eggs, salmon etc. Also the number of sausages, rashers of bacon you get appears to be random, we each has different amounts.

Overall one the worse hotel breakfasts we've ever had.

Half way into the 2nd day the hotel porter rang us. “We have a wedding, we need to move you to another room, you shouldn't have been given that room” totally unacceptable from any hotel.

Arising from this and the breakfast we spoke at length to the hotel manager on return. The real story is that they thought the room would be noisy as it was close to the wedding venue, BUT that wasn't what was said to us by the hotel porter. Why the hotel porter, what does the Front of House Manager do in this hotel, (maybe delegate difficult jobs to the porter?). We were offered a refund on breakfast (and used one of the many breakfast outlets in Marlow, vastly better) plus a room upgrade.

The hotel manager is relatively new in post. It's clear he knows the hotel has multiple “issues” and to be fair seems determined to solve them. I have to say this task is not helped one bit, if the hotel group insist on central buying of for example breakfast items, as they will remain low quality/low cost rather than the huge range of “quality” local foods now available anywhere.

In summary you are paying huge amount for the view, if you want a (much, much) better hotel in Marlow (minus the view) there must be many.

I am disappointing to read your review and i am very sorry you felt that way after speaking to you.

You were not allocated the wrong room but the room you paid for. I just wanted to enhance your stay by offering you a really nice upgrade.

We have now changed our breakfast offer and would be very happy to offer one of them to you. So you can judge your comments were acted upon.

Report response as inappropriateThank you. We appreciate your input.
This response is the subjective opinion of the management representative and not of TripAdvisor LLC
H6400SMamandap
21
Reviewed 25 July 2021
Fabulous stay!

We stayed one night in July and had a fabulous room overlooking the river with a view of the church. Dinner at Sindhu was delicious and breakfast on the terrace the next morning was very good. The staff were very helpful, especially Anna. A great stay.

Thank you so much for taking the time to write such a lovely review.
We truly appreciate it

We can't wait to have you back.

Report response as inappropriateThank you. We appreciate your input.
This response is the subjective opinion of the management representative and not of TripAdvisor LLC
chelseawH8501NF
1
Reviewed 24 July 2021 via mobile
EVERYONE NEEDS A SPENCER AND TYGA AT THERE HOTEL

Unbelievable bar staff tonight, so grateful for the two young gentlemen Spencer and Tyga who made our experience a 10 out of 10. An absolute asset to your hotel.

You really did make the whole experience just that little bit more perfect.

Thank you so much.

Both of them can't wait to have you back as soon as you possibly can.

Report response as inappropriateThank you. We appreciate your input.
This response is the subjective opinion of the management representative and not of TripAdvisor LLC
Y2CLL
London, United Kingdom
331183
Reviewed 24 July 2021 via mobile
Wonderful location but the service and attention to detail doesn’t match the prices

Stayed for 2 nights in a delux room overlooking the river. Lovely location and great for Marlow as it’s just across the bridge. The rooms were small, the aircon not hugely effective and the bathrooms a little dated but this is an old hotel and it was charming but it was hardly delux!

While the check-in was very efficient and slick this is where the service quality stopped unfortunately. It took ages to get a drink in the bar, staff appeared to have limited experience and training - which I’d be fine with in a budget hotel but not when considering the price here. Additionally the in room safe was locked when we arrived. Why wouldn’t that have been checked and fixed?

The breakfast - really poor, I appreciate buffets are no longer allowed but the choice off the menu was very limited and stated Continental OR Traditional. No choice to pick and mix, no choice of eggs Benedict etc . Lots of other hotels I’ve been to in the last year do this so so much better. Really disappointed. Then the quantity of breakfast was extremely small. My wife had scrambled eggs on toast. 2 pieces of toast with 1 egg scrambled! The pastries in the continental were stale and we were ordered to share (6 of us were staying). Real shame - this place could be excellent and I fear is trading on its location alone.

To contrast the Atul Kochher Indian restaurant in the hotel was excellent, great service, drinks actually cheaper than at the hotel bar etc. (He was also there in person that weekend). So it’s possible - hotel take note!

Thank you for your feedback which i truly appreciate.

We are in "pour parler" to get a full refurbishment so please do come back when we are totally finish.

Report response as inappropriateThank you. We appreciate your input.
This response is the subjective opinion of the management representative and not of TripAdvisor LLC
626WendyB
London, England, United Kingdom
1816
Reviewed 23 July 2021 via mobile
Pimms o’clock!!

We were recently on a staycation in the area & after walking along the river saw the hotel across the other side. We couldn’t resist walking over to see more. As it was such a beautiful hot day decided to see if we could have drinks. We received a warm welcome & had a laugh - “where’s Wendy?” - “here I am” - & were seated on the edge of the garden as this was closed for a wedding. We spent a lovely couple of hours sipping Pimms & being very well looked after. Special mention to Chris for being a great host. We only saw inside briefly of the hotel but looked lovely & spotlessly clean. Great location on the River Thames for people watching & watching the world go by.

I remember you very well. and Thank you for taking the time to write such a lovely review.

You were so lovely and can't wait to have you all back soon.

Report response as inappropriateThank you. We appreciate your input.
This response is the subjective opinion of the management representative and not of TripAdvisor LLC
View more reviews
PreviousNext
1…678…
<script typ