US$202
US$182
View deal
Orbitz.comUS$182
Hotels.comUS$182
travelup.comUS$202
View all 17 deals
* Prices are provided by our partners, and reflect average nightly room rates, including taxes and fees that are fixed, known to our partners, and due at time of booking. Please see our partners for more details.
TheGameCrafter
Mattawan, Michigan
18079

Lives up to the Hilton Experience

I was an exhibitor at Phoenix Comicon and spent 4 nights at this hotel. I was given a room on the top floor, away from the elevator (my hhonors preference) and it was a nice 1-bedroom King suite. It reminded me a lot of the embassy suite rooms with a separate bedroom and living room. The rooms were in great shape and the bed was comfortable. The wi-fi seemed a bit slow and speedtests were showing 1-2mb download and 8mb upload. It worked okay but was kinda laggy and slow for much of my stay.

Staff were excellent and I had 2 packages delivered to my room. The hotel property was very nice with plants and rocks and ponds in the center atrium. The breakfasts were free due to my hhonors status and I found the food to be good each day.

I would stay here again in the future without hesitation. An excellent Hikton property that lives up to expectations of the Hilton brand and experience.

I like to share a lot of photos since most hotels don't do a good job of showing you the room and what to expect. I hope you find these helpful. Cheers! 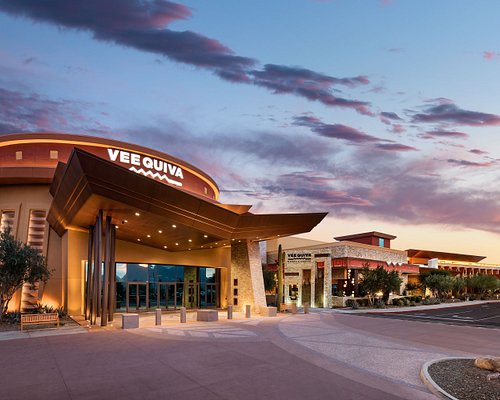 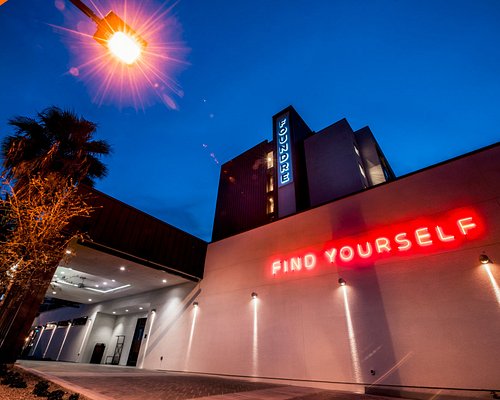 Top Rated
Found:Re Phoenix
US$273
Booking.com
View deal
Free cancellation
Expedia.com
US$224
Trip.com
US$177
getaroom.com
US$291
View all 21 deals from US$177
699 reviews
2.3 km from Embassy Suites by Hilton Phoenix Downtown North
We compared the lowest prices from 21 websites Taking safety measures
We compared the lowest prices from 18 websites
Pointe Hilton Tapatio Cliffs Resort
US$272
Booking.com
View deal
Hilton.com
US$272
travelup.com
US$241
Trip.com
US$307
View all 18 deals from US$241
1 819 reviews
12.8 km from Embassy Suites by Hilton Phoenix Downtown North

Taking safety measures
We compared the lowest prices from 18 websites
Hilton Phoenix Resort at the Peak
US$230
Booking.com
View deal
Expedia.com
US$192
Hotels.com
US$192
Orbitz.com
US$192
View all 18 deals from US$192
4 345 reviews
7.8 km from Embassy Suites by Hilton Phoenix Downtown North

This hotel is not only such a great location and is so beautiful inside, the rooms are an amazing size! But my favorite part was their pet-friendliness! So we aren't the types that take their dogs everywhere but we were headed to Phoenix from Albuquerque to see the U2 concert and ended up not having a babysitter. Though she is very well behaved we weren't sure how the hotel staff would be about this. Turns out they were super welcoming and it wasn't a problem at all! We were so relieved. It was her first vacation and she absolutely enjoyed her suite! :) Another really nice thing that happened was when we returned pretty late a night after the concert, they opened up the gift shop so everyone could buy snacks and drinks, which was very cool! They didn't have to do this but they did and everyone appreciated it.

Also, we utilized the light rail system just steps from the front door of the hotel to hit US Airways and the baseball park. It was such a better value than being right downtown, but just as close with the light rail. We ate that the restaurant in the hotel, which was excellent, and we also visited the bar which had free snacks during happy hour. We will definitely stay there again.

Thank you for kind words, we are happy to hear you enjoyed your stay, Comeback and visit us soon!

Report response as inappropriateThank you. We appreciate your input.
This response is the subjective opinion of the management representative and not of TripAdvisor LLC
Irma C
Tucson, United States
1
Reviewed 3 June 2015
Great Place

Great place to stay and very convenient to downtown phoenix. Light rail very accessible. Excellent establishment. My family and I were able to attend the baseball game and U2 concert and it was a great place to stay and a great location to go shopping. Close to malls and other restaurants as well. Concierge was very helpful when it came to late night establishments who deliver and great valet service.

Review collected in partnership with Hilton Hotels & Resorts
This business uses tools provided by Tripadvisor (or one of its official Review Collection Partners) to encourage and collect guest reviews, including this one.
Ask Irma C about Embassy Suites by Hilton Phoenix Downtown North
Thank Irma C

This review is the subjective opinion of a Tripadvisor member and not of TripAdvisor LLC.
battytrips
Phoenix
7214
Reviewed 1 June 2015
So Comfy

When I checked in, I was in full costume for the nearby Phoenix Comicon, which they get every year, but it didn't seem to phase the young red-headed man who checked me in. He was overall nice and answered any questions, some before I asked! Warm manager on duty as, she was also a red head, very nice and talkitive. Our room was comfy and loved the suite. We'll be doing this again next year and hope to stay at the same hotel again. FYI: the breakfast buffet is pretty dang good too!

This review is the subjective opinion of a Tripadvisor member and not of TripAdvisor LLC.
Todd S
Cleveland, Ohio
3029
Reviewed 31 May 2015
Nice Hotel

My wife and I stayed at this hotel for an evening prior to our trip to Sedona/Grand Canyon. The hotel is clean and the rooms are large. The front desk staff was friendly. This hotel was great for one night and would also work for longer stays. The only dislike is some of the bathroom fixtures and other parts of the room could use some updating.

This review is the subjective opinion of a Tripadvisor member and not of TripAdvisor LLC.
Camiel S
Richmond, United States
1
Reviewed 31 May 2015
Not satisfied

We reserved a room with TWO BEDS and requested to be far from the elevator and on a low floor. I have a severe fear of heights, which I explained when I called to check on the reservation ahead of time. I called to make sure this was the case a few days prior to arriving and reiterated that we would be arriving very late. When we got there we were given a room on the seventh floor that was a conference room and had ONE BED. We were a party of FOUR and two of us did not appreciate sleeping on a horrible fold out couch. We were told it was the last room and that our reservation of two beds was only a request. I have never had such an experience. I am not staying in a Hilton hotel ever again since the reservation is not really a reservation but a "request". No one may any attempt to remedy this, and we had two exhausted kids. And they gave us only 3 towels and 4 pillows. We requested more and they did not bring them. We had to ask a second time hours later. The lady at the front desk in the morning was helpful with telling us where to go in Phoenix but that was the only bright spot.

Review collected in partnership with Hilton Hotels & Resorts
This business uses tools provided by Tripadvisor (or one of its official Review Collection Partners) to encourage and collect guest reviews, including this one.
Ask Camiel S about Embassy Suites by Hilton Phoenix Downtown North
Thank Camiel S

We greatly appreciate your feedback and sincerely apologize for the disappointment with your stay. We wish things had gone much differently for you and your family. I know you and Monica have worked on resolution and I hope you have found that to be satisfactory. She has researched the root cause of your challenge and held discussions with her team. We truly want to eliminate these types of occurrences. Thank you again for giving us that opportunity and for staying with us.
Sincerely,

Report response as inappropriateThank you. We appreciate your input.
This response is the subjective opinion of the management representative and not of TripAdvisor LLC
View more reviews
PreviousNext
1…979899…