We traveled in Sept 2014, and stayed about 7 days in Cape Town, before heading to Johannesburg and Kruger Park. Had breakfast at this hotel one day. Food is good, and affordable. We ate at the outside corridor over-looking the main road, but, it was OK. Recommend to any traveler who needs to eat reasonably good food at a reasonable price.

Trip type: Travelled with friends
See all 32 reviews
Nearby Hotels 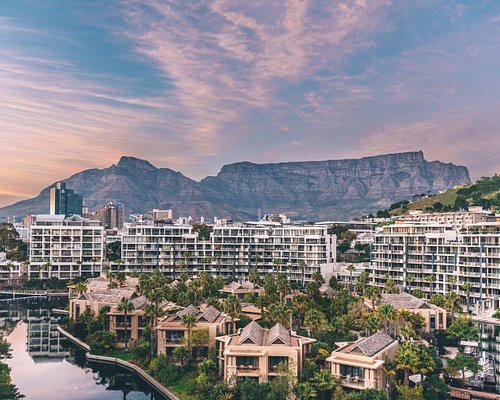 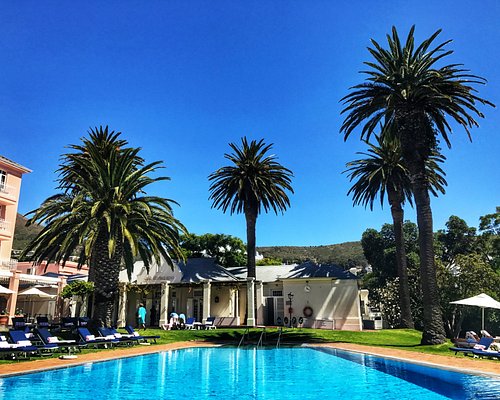 Expedia.com
View deal
Free cancellation
Reserve now, pay at stay
Priceline
US$303
Hotels.com
US$303
Trip.com
US$986
View all 17 deals from US$303
2 167 reviews
0.9 km from Kimberley Hotel
We compared the lowest prices from 17 websites Breakfast included
The Villa Rosa
US$72

Not 5 stars, but a very pleasant experience.

Spend some time in the pub, great vibe. the rooms are located
upstairs, and there is a wonderful old world feel about the place.

The meals, though not luxurious are tasty and value for money.

This review is the subjective opinion of a TripAdvisor member and not of TripAdvisor LLC
NicholasG1795
93
Reviewed 21 April 2016 via mobile
Um... It's okay

Went with a group of friends for drinks at the bar and had an average experience. Beers were cold however the barman on duty had a massive problem with us paying by card even though each round was more than R100.

Stay for one beer, bring cash, but after the beer go to one of the many other bars in the area.

This review is the subjective opinion of a TripAdvisor member and not of TripAdvisor LLC
nicolekG5761DJ
71
Reviewed 7 March 2016 via mobile
Way too noisy!!

It's almost 11pm on a Monday night and it sounds like a night club in our room! When asking the bar very politely if there is any sound control on any day of the week, he basically told me to expect to only sleep at 2am everynight!! I can completely understand Later in the week and weekends but on a Monday I think 2am is a little excessive!!!

Meant to be here for 3 weeks--don't know how we are going to manage staying here!!

Also there is no kitchen, only an old bar with a two plate stove and a microwave - not much to live off of!!

Maybe I'm just getting old, but a bit more respect for the in-house guests would be appreciated!!!

This review is the subjective opinion of a TripAdvisor member and not of TripAdvisor LLC
steve m
Tianjin Region, China
21
Reviewed 24 February 2016
Cheep and cheerful

Quite basic but centrally located.
Friendly staff who were always willing to help.
Dorm room was a bit noisy but this was kind of expected.
Nice balcony area ideal for chatting at end of day.
Wifi connection ropey but available - computer also available for use.
Budget accomodation

This review is the subjective opinion of a TripAdvisor member and not of TripAdvisor LLC
Ryan H
Birmingham, United Kingdom
1
Reviewed 2 February 2016
Awful

We stayed in the Kimberley Hotel over New Year, there was 5 of us in a room. When we got there we were handed the keys for room on the top floor, there was one plug socket that worked and the rest were broken, it was a boiling hot room with no fan. during the first night i was woken up to a big bang, i looked over to see one of the double bed had collapsed with 2 people sleeping in it, the 2 people complained and got moved into another room, the next morning i woke up and went to plug my phone charger into the only plug socket that was available, as i pulled the plug out, the whole socket blew up and let off sparks, This was so dangerous so we complained and had to move rooms again

This review is the subjective opinion of a TripAdvisor member and not of TripAdvisor LLC
View more reviews
PreviousNext
123…
<script type='text/javascript' crossorigin='anonymous' async onerror='__scriptLoadError(this,true);' src='https://static.tacdn.com/