Savannah Park Luxury Apartments
Savannah Park Luxury Apartments
Lowest prices for your stay
Lock in the lowest price from these sites
US$95
US$90
View deal
Agoda.comUS$94
Hotels.comUS$90
PricelineUS$95
eDreamsUS$90
TripadvisorUS$90
Expedia.com
View all 8 deals
* Prices are provided by our partners, and reflect average nightly room rates, including taxes and fees that are fixed, known to our partners, and due at time of booking. Please see our partners for more details.
Nomatraveler12
11

Savannah Park Luxury Self Catering Apartments is the most beautiful and safe hotel I ever visited. To me, this was like my second home as I stayed for a quite long time and more especially because the apartment had everything I need at home. The place is very stunning and peaceful, I really enjoyed my stay!

Trip type: Travelled with family
See all 18 reviews
Nearby Hotels 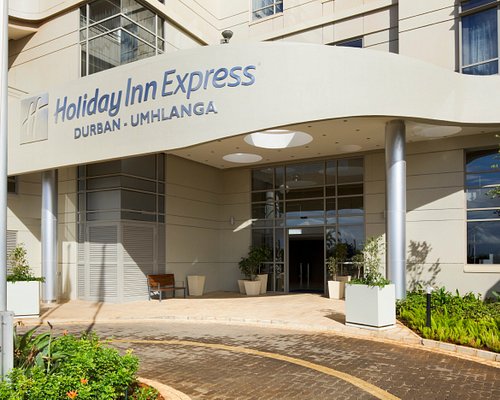 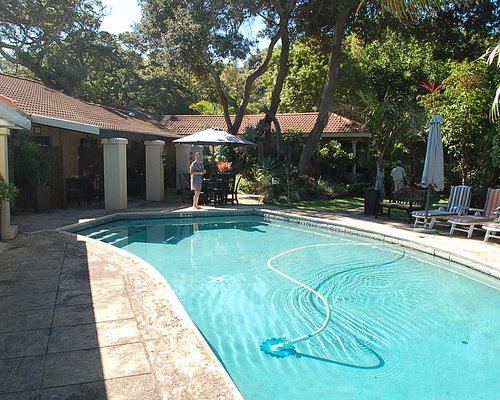 Zeranka Lodge
US$89
US$84
Tripadvisor
View deal
Pay up to 12X
eDreams
Booking.com
US$84
Trip.com
US$89
View all 14 deals from US$84
368 reviews
4.4 km from Savannah Park Luxury Apartments
We compared the lowest prices from 14 websites
Breakfast included
Garden Court Umhlanga
US$116

Hotels.com
View deal
Booking.com
US$90
Trip.com
US$71
ZenHotels.com
US$95
View all 13 deals from US$71
194 reviews
0.9 km from Savannah Park Luxury Apartments

eDreams
View deal
Booking.com
US$77
Agoda.com
US$40
Expedia.com
US$81
View all 13 deals from US$40
145 reviews
1.2 km from Savannah Park Luxury Apartments
We compared the lowest prices from 13 websites
Breakers Resort

Expedia.com
View deal
Free cancellation
Pay up to 12X
Hotels.com
US$54
Travelocity
US$54
Trip.com
US$64
View all 11 deals from US$54
102 reviews
1.0 km from Savannah Park Luxury Apartments

Enjoyed the loveliest stay her for 4 nights with 3 family members. Very clean, awesome setup of living facilities. Security. Proximity to city centre makes holidaying very easy. Staff are friendly and helpful. My kids loved it so we will definately use these facilities anytime we come.to Umhlanga!

This review is the subjective opinion of a Tripadvisor member and not of TripAdvisor LLC.
carlitaS93
Pretoria, South Africa
1
Reviewed 6 January 2020 via mobile
Poor customer service and attitude towards customers

Absolutely awful customer service, the administration is completely below competency level. The attitude towards issues caused by the actual establishment is completely unacceptable. I would never recommend them to anyone.

This review is the subjective opinion of a Tripadvisor member and not of TripAdvisor LLC.
ashleyparkinsc
1
Reviewed 6 January 2020 via mobile
Had the most horrific stay - NEVER GOING BACK

We went there on our last holiday for 2019. Booked through them directly and they MESSED IT UP! Booked in April and fully paid in August (we were quite a big group and we all paid them together so that’s a lot of money) and they didn’t have a room for us! They said they “helped us out by providing a room and not having us go find other accommodation” when it was their booking or admin lady’s fault that our room wasn’t booked, not ours, theirs. They Didn’t take responsibility for anything! The room they gave us were two separate rooms when we booked the double room and when we requested to just stay there instead Of moving, they told us “no our room is ready” but was it not at all ready! Aircon was broken and toilet was also clogged and broken- to sum it up, it most definitely wasn’t ready for occupation, then having to move rooms a 3rd time after unpacking - ITS A HOLIDAY
Upon our dissatisfaction we went to complain by the office/reception to get some peace of mind about the situation and how they can assist us going further. I must say they are not trained at all in consumer complaints or know how to handle confrontation. Instead of taking full responsibility for wasting our money and time they were trying to shift the blame on us? And for what you ask? For their own incompetence.
Very snotty staff, worst service ever. I will never go back there due to their poorly trained staff members.
Oh and there’s no braai facilities, that’s a lie they’re advertising.

This review is the subjective opinion of a Tripadvisor member and not of TripAdvisor LLC.
KeenExplorer7
1
Reviewed 6 January 2020 via mobile
Poorest Customer Service, Ever Received

The staff at Savannah Park Luxury Apartments are exceptionally unprofessional and blatantly rude. The administrators neglected to book one two bedroom apartment, notwithstanding that we had paid in full.

This review is the subjective opinion of a Tripadvisor member and not of TripAdvisor LLC.
tyronecraigp
Johannesburg, South Africa
21
Reviewed 6 January 2020 via mobile
Avoid at all costs

We had issues from the second we arrived. Firstly, although we had booked in April and fully paid by August (booking confirmed), they had forgot to book us a room.

Us two couples were split into different rooms for the night and told a room would be made available the next day. Upon arriving at the next room, we noticed tons of things wrong. Firstly, the aircon was broken, WiFi in that room was down ( was working in the previous room), toilet wouldn’t flush, lamps missing bulbs etc.

Then, we were told we could move into another room for the night but would have to pack up the next day and move back to the broken room. The nerve!!

This review is the subjective opinion of a Tripadvisor member and not of TripAdvisor LLC.
View more reviews
PreviousNext
123