Show less
Trip type: Travelled on business
Review collected in partnership with this hotel
This business uses tools provided by Tripadvisor (or one of its official Review Collection Partners) to encourage and collect guest reviews, including this one.

We are happy to hear that you guys had a great time, it was wonderful to have you here to celebrate the students.
We look forward to your next visit.
I will inform the team on the feedback as well,
Blessings,
Management

Report response as inappropriateThank you. We appreciate your input.
This response is the subjective opinion of the management representative and not of TripAdvisor LLC
See all 25 reviews
Nearby Hotels 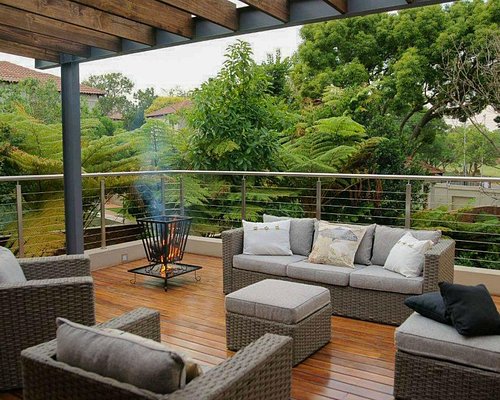 The Capital Menlyn Maine
US$140
Booking.com
View deal
Free cancellation
Expedia.com
US$126
Agoda.com
US$108
getaroom.com
US$156
View all 16 deals from US$108
255 reviews
7.6 km from Isiphiwo Boutique Hotel 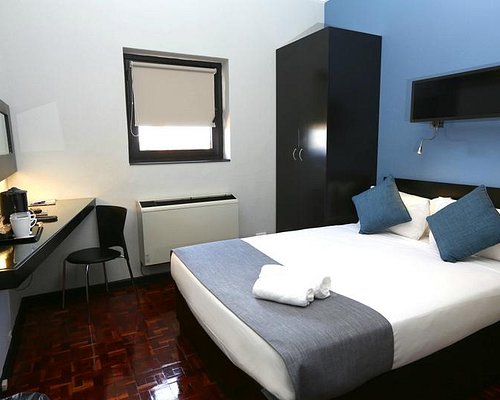 Expedia.com
View deal
Booking.com
US$75
Official Hotel
US$65
Trip.com
US$106
View all 13 deals from US$65
172 reviews
21.7 km from Isiphiwo Boutique Hotel
We compared the lowest prices from 13 websites
The Regency Apartment Hotel Menlyn
US$109

Trip.com
View deal
Free cancellation
eDreams
US$70
ZenHotels.com
US$74
Expedia.com
View all 12 deals from US$70
126 reviews
8.9 km from Isiphiwo Boutique Hotel
We compared the lowest prices from 12 websites
Town Lodge Menlo Park
US$52

Expedia.com
View deal
Free cancellation
Pay up to 12X
Booking.com
US$70
Agoda.com
US$46
Hotels.com
US$52
View all 14 deals from US$46
67 reviews
9.5 km from Isiphiwo Boutique Hotel

Taking safety measures
We compared the lowest prices from 14 websites
Hotel@Hatfield
US$49
Booking.com
View deal
Free cancellation
Agoda.com
US$49
Priceline
US$49
eDreams
US$49
View all 10 deals from US$49
183 reviews
13.5 km from Isiphiwo Boutique Hotel

I stayed here with my sister and elderly parents. The rooms were very clean and the bathroom spacious. Various coffee, tea and hot chocolate sachets were available. Unfortunately we were not able to connect to the wifi from our room although it was suppose to be available. We had dinner at the restaurant and it was delicious. Everybody enjoyed their plate of food immensely. I would however have preferred not to have had to listen to Jacaranda FM while we had supper. The waitress was very friendly and attentive. Unfortunately the premises have lots of stairs and steps which doesn't make it very wheelchair friendly or easy to get around for elderly people. The establishment's grounds are well kept and looked after.

Good afternoon Karen,
Thank you so much for your review, we always appreciate the feedback.
We will take your comments into consideration regarding the radio in the restaurant. We are sorry to hear about the misunderstanding regarding the WiFi as we currently only have it available in public areas and not in all the rooms. We tried to advertise it accordingly on all sites as well. If you could kindly inform us, on which site it still reflects that all rooms has Wifi so we can rectify the problem.
We truly appreciate it, thank you
Looking forward hearing from you,
Blessings,
Management

Report response as inappropriateThank you. We appreciate your input.
This response is the subjective opinion of the management representative and not of TripAdvisor LLC
wikusw2017
Boksburg, South Africa
5
Reviewed 27 March 2017
A wedding venue with great style

I know all parents believe their child`s wedding is the best. Without any fear of repudiation i can state that the staff of Isiphiwo made that very fact possible. Attentive, friendly and professional. On 25/03/2017 I saw the happiest couple experience Isiphiwo at its best.Thank you all, Taryn, Marcell,Kennedy and a young lady Lebohang needs to be commended for going the extra mile. A super team for a super venue.

We thank you for your review as we always appreciate feedback from our guests.
We will inform our staff on your feedback as well :)
Blessings,
Management

Report response as inappropriateThank you. We appreciate your input.
This response is the subjective opinion of the management representative and not of TripAdvisor LLC
Nona S
Witbank
1
Reviewed 17 October 2016
OUR FIFTH VISIT TO ISIPHIWO SPA

For the past 5 years our group of ladies visited Isiphiwo spa for a weekend with spa treatments on Friday as well as Saturday. Every year the spa treatments were of the highest standard with privacy and relaxation guaranteed! This year there were a few things that were not quite as perfect on the accommodation side as well as our meal on Saturday evening. Apparently the hotel is under new management and that explains the changes we noticed. Overall still very good value for money and we will recommend the Isiphiwo specials to anybody who wants to enjoy a relaxing and pampering weekend!

Room tip: Go for the luxury rooms at the spa! It is quiet and you feel spoiled and is at the spa and no need to drive or walk anywhere as room service is also offered for your meals!
Trip type: Travelled with friends
Review collected in partnership with this hotel
This business uses tools provided by Tripadvisor (or one of its official Review Collection Partners) to encourage and collect guest reviews, including this one.
Ask Nona S about Isiphiwo Boutique Hotel
Thank Nona S

Thank you so much for your feedback, we always appreciate it.
Regarding your meal Saturday evening, we had a meeting with our chef that was on duty and he will never forget the poppadoms with the lamb curry again.
I also had a meeting with my receptionist and there will not be any miscommunication between the two departments (Spa and accommodation) again regarding split beds or no split beds, so thank you for your contribution in helping us improve.
We are looking forward in having you again next year.

Report response as inappropriateThank you. We appreciate your input.
This response is the subjective opinion of the management representative and not of TripAdvisor LLC
Nosipiwo N
Johannesburg, South Africa
11431
Reviewed 13 September 2016 via mobile
The event side works

I attended an evening event (a friend's birthday party) and the venue was at Isiphiwo Botique hotel! Everything worked like clockwork! The food was tasty, served on time, the serving staff was visible and the venue was beautifully dressed up!

It was an honor having you here with us. And Thank you for the positive and kind feedback . I will pass this onto my Team.

I thank you once again, and wish you a fantastic day further

Report response as inappropriateThank you. We appreciate your input.
This response is the subjective opinion of the management representative and not of TripAdvisor LLC
pearlraps
Pretoria, South Africa
11
Reviewed 18 April 2016
Half Day Spa was dissappointing

This place is quite stunning but I am not sure if they understand what customer service is. We went for a hald day Spa this weekend, the 4 of us all choose the Voyager package but I was dissapointed to learn that we all did not get the same experience. We arrived early, and had coffee by the Patio. We were each given personal lockers for our belongings where we all changed into our robes. After this we were invited into the Sauna/Jacuzzi were we spent 30 minutes. After that we were invited for our treatments were we all went in pairs. We had a facial, mobilisation, foot and back massage. my hands never got massaged which was quite odd for me, when I asked the misuse she told me this was not part of the package. I found this quite odd as I had been to other Spas where you would actually get a proper full body massage. None the less I made peace with this and proceeded to the reception area where our misuse offered to show us the products they sell and that would be great for our skin. She showed me some products called Esse and when I asked her where else can get this and she told me she had no idea as this was a Spa product. I feel if you will try sell me something also let me know when I will get it in future you cant sell something and not know where I can get it locally. I didnt buy anything. My friends and I procedeed to the change rooms again to get changed for lunch. As we were discussing our treatments I learned that all my friends actually had their hands massaged and I was the only one who never hot this, I went and enquired with the reception lady who told she would enquire with the ladies that gave us the treatments. I was told that we all got the same treatments, Which was not the case. She later sent the Spa manager who explained that 3 of my friends where just 'lucky' to have their hands massaged as this is not included in the Voyager package. I explained to her about offering clients the same standard service to avoid such situations and she just didnt not understand what this meant. All I was told was that they have the best beauty therapist and not once did we get an apology for their inconsistance in service. I am quiet dissappointed in the level of service at Isiphiwo. My body is actually sore than it was before I went for the massage. I have no deisire of going to this place again. We had a nice light lunch which was a wrap and a coleslwa salad.