US$30
US$19
View deal
Priceline
Hotels.comUS$21
Trip.comUS$30
View all 14 deals
* Prices are provided by our partners, and reflect average nightly room rates, including taxes and fees that are fixed, known to our partners, and due at time of booking. Please see our partners for more details.
VittoriaLD
London, United Kingdom
186

Hotel has very comfortable beds in nice rooms. I had a balcony which was lovely, overlooking the mosque.
Eateries are a little walk away as was the Ulus metro station but taxis are right outside and are plentiful and cheap. Ankara is hilly if you plan on walking so come prepared.
Lovely breakfast and very friendly staff. 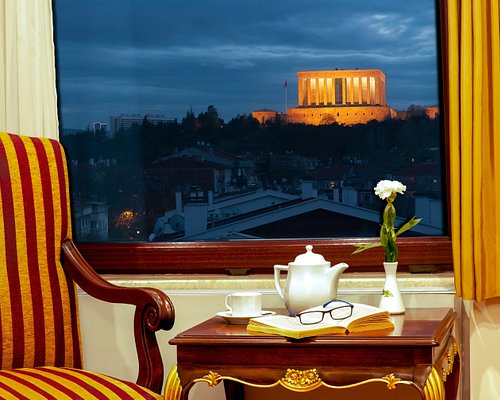 Breakfast included
Sponsored
Hotel Ickale Ankara
US$54
US$36
Tripadvisor
View deal
Expedia.com
Hotels.com
Trip.com
US$54
View all 17 deals from US$36
304 reviews
We compared the lowest prices from 17 websites 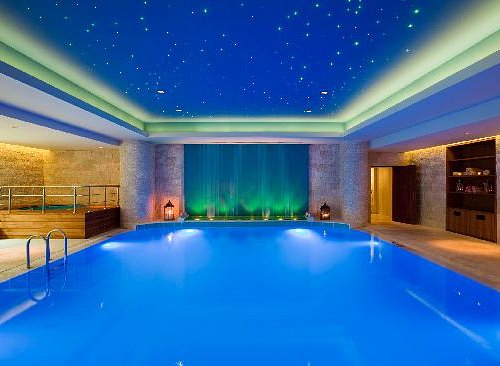 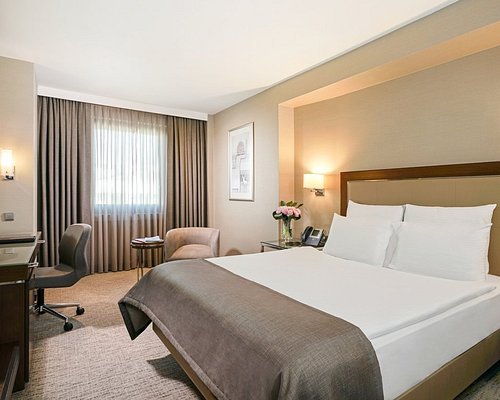 Taking safety measures
We compared the lowest prices from 15 websites
Breakfast included
Ankara HiltonSA
US$117
Tripadvisor
View deal
Pay up to 12X
Expedia.com
Hotels.com
Booking.com
US$117
View all 15 deals from US$117
1 095 reviews
3.9 km from Hotel Mithat

Taking safety measures
We compared the lowest prices from 14 websites
Breakfast included
The Green Park Hotel Ankara
US$74
US$52
Tripadvisor
View deal
Hotels.com
Booking.com
US$52
Trip.com
US$74
View all 11 deals from US$52
348 reviews
5.3 km from Hotel Mithat

Nice clean spacious room, bathroom was clean, hot water, heater a/c was good. The staff was very nice and helpful, wifi was strong. It was close to public buses and 15 minute walk to the metro so it was well situated. There is a big beautiful Ottoman style mosque right infront of the hotel and a small mall under ground but you don't hear the prayer call from the mosque inside the rooms. We had good night sleep.

This review is the subjective opinion of a Tripadvisor member and not of TripAdvisor LLC.
MelGeelong
Geelong
265153
Reviewed 3 August 2019
Comfortable budget option

This review is the subjective opinion of a Tripadvisor member and not of TripAdvisor LLC.
BronwynS103
Sydney, Australia
7681
Reviewed 11 May 2019 via mobile
Budget friendly and well located

This review is the subjective opinion of a Tripadvisor member and not of TripAdvisor LLC.
hedayats2017
Shiraz, Iran
51
Reviewed 10 March 2019 via mobile
Awful service

We were there for one night and there’s full of bad happens, Staff don’t speak english at all you gotta play pantomim for them at end they underestand what they want to u understand,
Photos are different than you saw on the website, We booked a room with a double bed first they gave us a room with two separate beds then after a headache they changed our room and guess what! We found out they attached two seperate bed to have a double bed,breakfast buffet was included but they just bring a plate of small thing and one boiled egg and if you want to change your egg to the fried one, you must pay for it.
The hotel was for $5 american then I checked my credit card and I saw they charged me also 34 EU I mean seriously this hotel worth only $5 not more than that.

Hello ,
Our staff working in the hotel knows enough English to understand what you want. Did you want to understand the answers? The price for a double bed room with 2 separate beds is the same. We'll give you what room you want. Extra requested products at breakfast are also priced. The price of the egg you want is not $ 5 . it is $ 1.5
Please be more positive when writing your comments and don't affect anyone with wrong information.
Our respect,

Report response as inappropriateThank you. We appreciate your input.
This response is the subjective opinion of the management representative and not of TripAdvisor LLC
Brett A
Vancouver, Canada
4554
Reviewed 8 May 2018
It's decent, nothing more

Wifi was good the first night, it was almost unusable after that. Worked for VERY light browsing, but anything else was too taxing.

Location is decent, not super close to anything or transportation. Ankara metro isn't great, but it would've been nice to be closer to it. I guess Ulus wasn't that far though. I had a great view of the big beautiful mosque next door. Problem is prayer-o-clock...which is 5 (?) times a day. Since they're not timed, and more timed to the sun, it's a little unpredictable. The sounds is LOUD, the prayer plays over a big speaker that seemed to face right into my room. I closed the balcony (nice feature, great view) door but since the AC didn't really work properly (it would blow cold air for 5 seconds, then stop for 10 minutes) I had to leave the door/window open. I'm a REALLY deep sleeper, but I had to wear earplugs to stop the 4am-ish prayer from waking me up.

I never tried the breakfast.

My room was very small, single bed, shower rains on the toilet, that kinda thing. But overall, I paid the same for 3 nights as I paid for 1 night in Istanbul, so I was ok with it.

"Taxi" to the airport for my flight out was probably 20 lira too much.

I would stay here again at this price, but I'd be prepared to never use the wifi, use my turkish sim to download podcasts and whatnot, couldn't stream the one sporting event I wanted to. There was a TV that had a long list of channels, but I never really tried that since I wasn't super interested.

Sidenote, laundry as usual with hotels was over priced, not as bad as others, but they also wouldn't tell me where I could do laundry nearby, and I couldn't really find anywhere, so that's why my shirt is a little stinky today if you're on my flight!

Room tip: The view of the mosque is great, but the prayers are very loud and have weird timings, so I'd avoid it as a light sleeper.
Ask Brett A about Hotel Mithat
2  Thank Brett A