Briz 2
Lowest prices for your stay
Lock in the lowest price from these sites
US$50
Free cancellation until 21/04/30
Reserve now, pay at stay
View deal
eDreamsUS$50
PricelineUS$50
Agoda.comUS$50
ZenHotels.com
StayForLong
* Prices are provided by our partners, and reflect average nightly room rates, including taxes and fees that are fixed, known to our partners, and due at time of booking. Please see our partners for more details.
Helen W
Poole, United Kingdom
71

Most staff friendly and helpful though cleaning staff were superb. Hotel is tired but clean. Interesting to see Bulgarian weddings and loved the variety of music they played. Quiet by 11pm though so no problem sleeping. Aircon in rooms was brilliant. Lovely sea view from balcony.

See all 51 reviews
Nearby Hotels 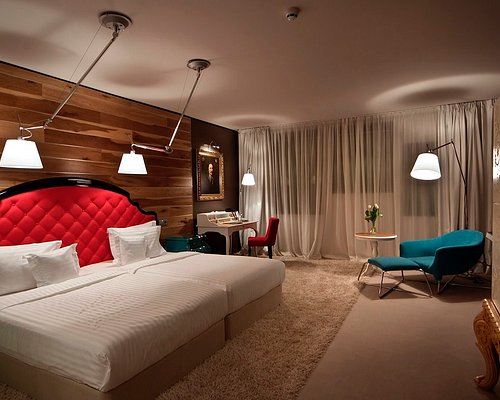 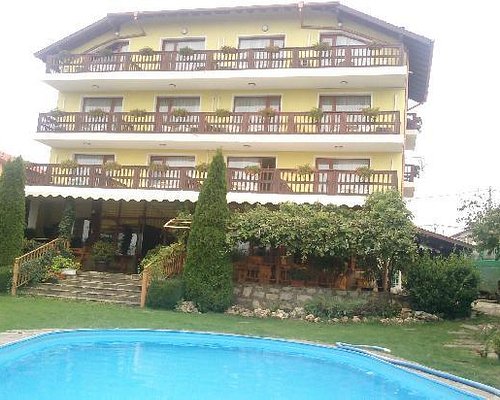 Hotels.com
View deal
Free cancellation
Pay up to 12X
Booking.com
US$31
Trip.com
US$22
StayForLong
US$33
View all 12 deals from US$22
18 reviews
1.4 km from Briz 2
We compared the lowest prices from 12 websites 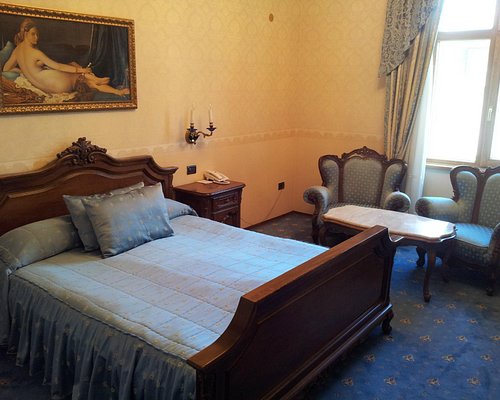 The hotel is dated and worn. However the old adage 'you get what you pay for' springs to mind.
Room
AC working. Small TV 24 inches maybe, works. Bathroom tiniest I have ever been in. Some difficult manoeuvring taking place. Shower with sand in it (not ours), however the shower was hot and the pressure was good. Balcony overlooking the trees, however the external AC unit kept dripping water.
Facilities
Didn't check out the gym or sauna. Pool clean with reasonable number of chairs. Bar next to it. Bar served good food and drink. Secure carpark with security guard. Breakfast acceptable, although food ponderously luke warm. Restaurant food cheap but not the best quality, some disappointing meat quality options.
Location
A good hour walk from Varna. Nice walk along the beach. There is a little beach cove area with sand nearby, used mainly by locals and relatively save and clean. Steep steps to get to it. Shop across the road is cheap and handy if you are hungry after a disappointing dinner. Cheap beer, wine, snacks.
Staff
The receptionists were relativley pleasant and welcoming. They spoke reasonable English and were helpful. One other member of staff spoke English (a young barman) but all other members of staff spoke Bulgarian only and standard hand gestures are needed to get through. Many of the staff were rather sullen and seemed unwelcoming. Particularly whilst being served an evening meal the waitress was most put out when we; ordered drinks...ordered food...ordered some more drinks....and requested the bill. All these would seem rather standard to most waitresses, however this one regarded many of these as inconveniences.

Overall, if you are looking for somewhere cheap and not cheerful go for this place

This review is the subjective opinion of a TripAdvisor member and not of TripAdvisor LLC
Carolyn N
Godalming, United Kingdom
15835
Reviewed 14 July 2018
A good base for resting between journeys. No easy access to the beach

We had a beautiful sea view. All the rooms have balconies but we were please to have upgraded as there were loud weddings by the pool on Saturday and Sunday and it would have been annoying to put up with the noise without actually seeing the comings and goings... Breakfast was adequate & plentiful, not too inspiring but it was nice to have scrambled eggs for the first time in two weeks. The Restaurant is quite reasonable though they haven't got the hang of delivering meals at the same time so we had to watch each other eat or let one plate get cold each time. The Receptionist on arrival was very welcoming, but there are no handrails or slope up the steps and no porters Very little English spoken anywhere in the Hotel. Taxis come very quickly.

Room tip: Worth paying extra for a sea view otherwise you might get the dustbins
Ask Carolyn N about Briz 2
1  Thank Carolyn N

This review is the subjective opinion of a TripAdvisor member and not of TripAdvisor LLC
shirley0707
Tamworth, United Kingdom
3118
Reviewed 12 August 2017 via mobile
Fantastic

This review is the subjective opinion of a TripAdvisor member and not of TripAdvisor LLC
supertrucks329385
Odense, Denmark
52
Reviewed 2 August 2017
Only lies and crap for this "hotel"

For reference, we were 2 families on vacation for 7 days on this hotel with payed breakfast.

This is a list of all the points of the hotel in no order:

1.Nobody in the hotel can English, except a teen waiter at the bar and one of the receptionists. You NEED to speak Bulgarian or Russian to communicate anything in this hotel.
2.The breakfast was the basic of a continental breakfast. Toast, egg, sausage etc, but it was so unhygienic. Most of the food was stored at room temperature for hours before it was consumed and I’m surprised I didn’t get ill from it.
3.If you ordered anything from the waiter for lunch or a cup of coffee at night at the bar, it would take around an hour before you would get it. Mostly, the food would be cold before you would even get it.
4.The dinner was the worst I have ever eaten. I’m not choosy at all, but this was utter disgusting and expensive compared to the food in the city. Not only did it take over an hour before all the food was on the table, but it was worse than dog food. Not even the stray cats wanted it. Lamb that stank, unappetising risotto, awful sausages and just overall soggy and cold food that was served. We would had complained if the waiter or anybody could speak any English at all.
5.There’s no fitness-center. Only broken and rusty equipment.
6.Towels for the pool is free, but you need to rent them for 5 BGN for the beach EACH, and you do not get the money back.
7.This one is the worst. Of the 7 days, we were on the hotel, 3 of the days where weeding days. That meant loud music to midnight, no pool access, and no places to sit at the bar. You really felt like you were second ranked on the hotel.
8. The rooms are not build for tall people. I’m only 1.94 m tall, but the bathroom where pretty much a death-trap for me.

This review is the subjective opinion of a TripAdvisor member and not of TripAdvisor LLC
Loulou1605
Oslo, Norway
4530
Reviewed 19 July 2017
This hotel is a scam

The whole place is a disaster. We had no functioning toilets for most of our stay (5 days), the kitchen area was not clean, the food from the breakfast made us sick, and whenever we came to ask something the staff was quite rude. They had parties with people external to the hotel every other evening, with extremely loud music just under our windows. I would not go back even if someone paid me to do so...

Room tip: The higher the better. Sea-view means a lot of noise, other side means ugly view. You choose!
Ask Loulou1605 about Briz 2
Thank Loulou1605