US$148
US$116
View deal
Hotels.comUS$137
Booking.comUS$148
PricelineUS$142
View all 18 deals
* Prices are provided by our partners, and reflect average nightly room rates, including taxes and fees that are fixed, known to our partners, and due at time of booking. Please see our partners for more details.
guidozielke
1

It was very nice

I like to visit that Country and Stay in an American Hotel. The Hotel is in the Heart of the city and you Can reach a lot of Nice Places by foot. The Hotel has Everything you Need for a Business Trip.

See all 583 reviews
Nearby Hotels 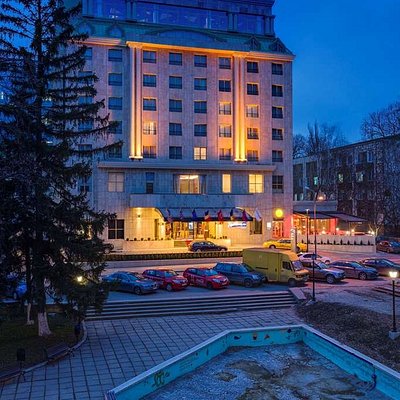 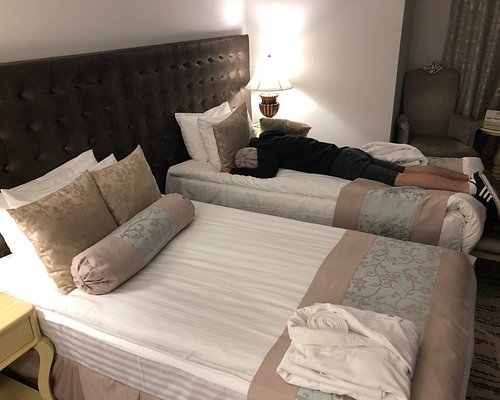 Hotels.com
View deal
Expedia.com
US$62
Courtyard
US$61
Booking.com
US$62
View all 16 deals from US$61
23 reviews
2.4 km from Radisson Blu Leogrand Hotel, Chisinau

I travel a lot for business and my stay in September 2021 at Radisson Blu in Chisinau was really replying to the expectations at all levels (service, cleanliness, location, friendliness of the staff and the rooms) .

This review is the subjective opinion of a Tripadvisor member and not of TripAdvisor LLC.
SRudders
Amsterdam, The Netherlands
10592
Reviewed 3 October 2021 via mobile
Great location and attentive staff

Wasn’t sure what to expect but a very nice hotel in a great location in the middle of Chisinau. We had trips to organize and STEFAN on the front desk was a rock star and very attentive to our needs and organized transport and tours and communicated well.

This review is the subjective opinion of a Tripadvisor member and not of TripAdvisor LLC.
rahulpat
Montclair, NJ
315313
Reviewed 28 September 2021
Not bad, have stayed in better Radisson Blu properties

Like the headline says, this is not the best Radisson Blu, but for TA standards I would round up rather than down to 4/5

What I liked:
* Location can not be beat - anything you'd like to see or service you need in Central Chisinau is outside the door
* Wi-Fi network is open and had no problem maintaining a good connection even for media
* Great shower with dual heads, good pressure and temperature and doors (I hate open concept showers!)
* Even with the location and parties up in the penthouse restaurant, inside the room it was quiet
* Amenities like the gym and salon were up and running again. While not really a priority for me, the lobby had the "majestic" feel to it

What I was not a fan of:
* The hotel is expensive for Moldova and the room felt surprisingly stale for a Radisson Blu at that price. Was it bad? No, but the furnishings and fixtures felt like a level below this chain's standards (besides the shower), and speaking of stale, the room was simply stuffy with a mediocre A/C system.
* I couldn't get a response to e-mails to ask questions beforehand. I also felt like half the time nobody was at reception.
* Breakfast had nothing labeled or even with serving utensils for almost all the items. They had a separate table with tongs, and I just didn't understand what the point of that was. On one morning, nobody was even there at the egg/hot item to order station. I am not usually very picky about hotel service, but this property was unfortunately a little to "do it yourself" even for me

This review is the subjective opinion of a Tripadvisor member and not of TripAdvisor LLC.
833chh
Frankfurt, Germany
3
Reviewed 19 September 2021 via mobile
Perfect Hotel

The Hotel is perfect in all aspects
Very friendly personnel, good organized, drivers very punctual, very good Wifi, great location, good food, good fitnesscenter, moderate price, nice rooms. I got a breakfast bag without having asked as I checked out before breakfast

This review is the subjective opinion of a Tripadvisor member and not of TripAdvisor LLC.
x6n9dl15xf
1
Reviewed 8 September 2021
Great hotel

Staff are very helpful, friendly, the restaurants were very good for both food and drinks. The rooms were very nice, cleaned every day and a good selection in the mini bar. I would definitely stay here again when I visit.