US$215
US$147
View deal
Free cancellation until 21/10/01
Hotels.comUS$190
eDreamsUS$215
PricelineUS$171
View all 14 deals
* Prices are provided by our partners, and reflect average nightly room rates, including taxes and fees that are fixed, known to our partners, and due at time of booking. Please see our partners for more details.
mudausandra
Brazzaville, Republic of the Congo
4346

Had a good time in May with my family, the staff are great, the food was yum and we enjoyed visiting the Museum too. Our daughter enjoyed the pool as we sat at the pool side, good that they have guides manning the pool too!

See all 48 reviews
Nearby Hotels 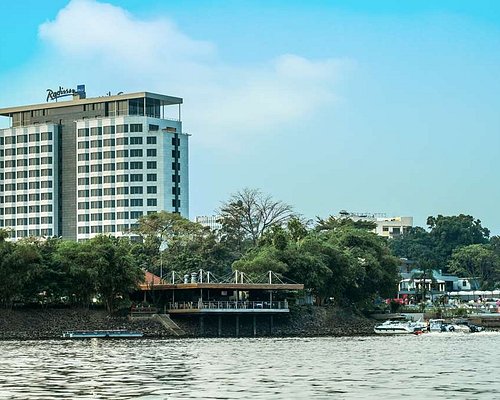 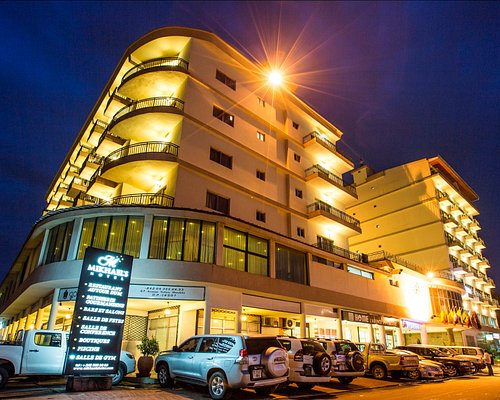 This hotel's poor, unethical management caused many problems for my organization, which hosted an international workshop in February 2018 at GHS. Unfortunately they are one of few hotels that speak some English and were able to give us a decent conference price/contract. My biggest complaint has to do with their unethical management practice of picking the exchange rate that best favors their business, clearly going against the signed contract. Due to the decreased value of their currency (CFA) against the USD in Feb, they felt it was okay to break the contract's quote (in CFA) and instead charge us the new, increased price at the new exchange rate. Many, many hours (over 2 weeks) were spent arguing over this unfair new charge. After threatening legal action and at the 11th hour, the owner of the hotel agreed to the original, quoted rate.

Other complaints include poor service for conferences: 1) food was always served late or cold; 2) they did not clean the conference room unless you told them 10+ times; 3) poor judgement of how long it would take to get things done (essential conference supplies such as copies, water, etc. were not delivered as promised or on time); 4) horrible internet service for participants in conference room (took them 5 days to find a solution for half the participants, other half were out of luck); 5) trying to charge us more than their stated policy on "no shows".

I understand things will not run how someone from other parts of the world might expect. But I do expect an international hotel and its management to be realistic about their capabilities to maintain professional decorum and adhere to signed contracts.

This review is the subjective opinion of a Tripadvisor member and not of TripAdvisor LLC.
mvana2016
Luxembourg City, Luxembourg
4517
Reviewed 30 June 2017
Good, safe, bit overpriced

The room is quite nice, big, with a big bathroom. Cleaned very well every day. The breakfast is good and very generous. On the day, the breakfast sector turns into restaurant offering international dishes (sandwiches, pasta, steaks, pizza...) , but this one is not good, the meals are rather poor and quite expensive compared to common local prices.
The Tunisian girl who is one of receptionists in this hotel is really beautiful and nice. In general, the stuff is helpful.

This review is the subjective opinion of a Tripadvisor member and not of TripAdvisor LLC.
pp534
Frankfurt, Germany
152
Reviewed 14 April 2017 via mobile
Good Hotel

The hotel is clean and the staff is nice enough. The room was clean and had a little refrigerator, which was nice to have. The bathroom is nice with a very spacious shower. I stay in a lot of hotels around the world and this is one of the best showers. The air conditioner in my room was great. My only complaint is the website says the rooms have electronic safes, but neither mine nor my colleague's room had a safe. I was a little upset by this because, had I known, I would have brought a laptop lock with me. Other than that, my stay was great. I would stay here again.

This review is the subjective opinion of a Tripadvisor member and not of TripAdvisor LLC.
Yves D
Johannesburg, South Africa
6024
Reviewed 5 April 2017 via mobile
Excellent

One of the best hotel in Central Africa.
What wowed me was that they gave me a late check out for Free as my my flight was at 23:00.
The hotel was clean, great food, stunning sandwiches and great service.
I will definitely come back.

This review is the subjective opinion of a Tripadvisor member and not of TripAdvisor LLC.
Joe-Dany S
Lebanon
2911
Reviewed 24 March 2017 via mobile
Wonderful

Was there 8 months ago and revisited this week. Still the best hotel in Brazzaville. Keep it on. Exceptionally clean rooms, spacious and modern. Friendly and helpful staff. Safe and secure. Excellent place in Brazzaville