Travelocity
Orbitz.com
Booking.com
View all 17 deals
* Prices are provided by our partners, and reflect average nightly room rates, including taxes and fees that are fixed, known to our partners, and due at time of booking. Please see our partners for more details.
danael2016
Canberra, Australia
226

Superb home away from home

Our apartment was spectacular and super comfy. A perfect base just north of Wollongong. Very happy with everything and highly recommend staying here. Lovely surrounds, pool, sauna, spa and fitness centre. We will be back! More

Thank you for your positive review on our Hotel.

I am happy to see you enjoyed your stay with us.

I look forward to welcoming you back here one day soon.

Report response as inappropriateThank you. We appreciate your input.
This response is the subjective opinion of the management representative and not of TripAdvisor LLC
See all 314 reviews
Nearby Hotels 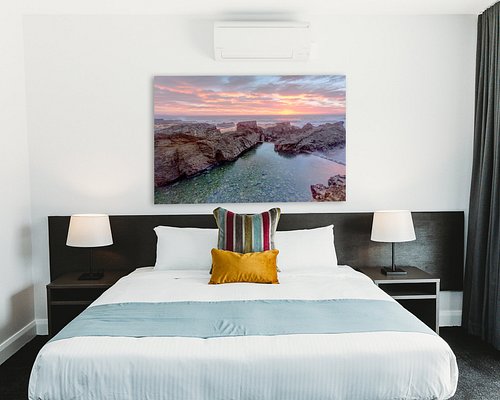 Expedia.com
View deal
Hotels.com
ZenHotels.com
US$105
Booking.com
View all 15 deals from US$105
10 reviews
5.8 km from Quality Suites Pioneer Sands
We compared the lowest prices from 15 websites 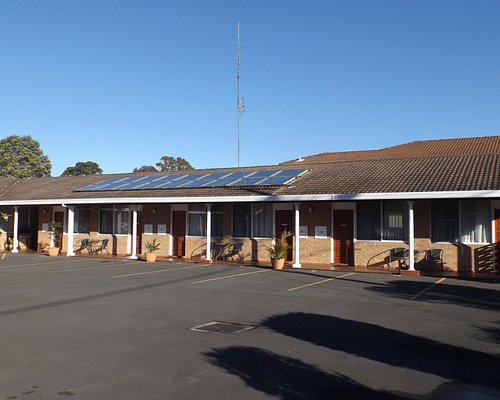 Expedia.com
View deal
Travelocity
ZenHotels.com
US$99
Hotels.com
View all 15 deals from US$99
59 reviews
4.7 km from Quality Suites Pioneer Sands
We compared the lowest prices from 15 websites 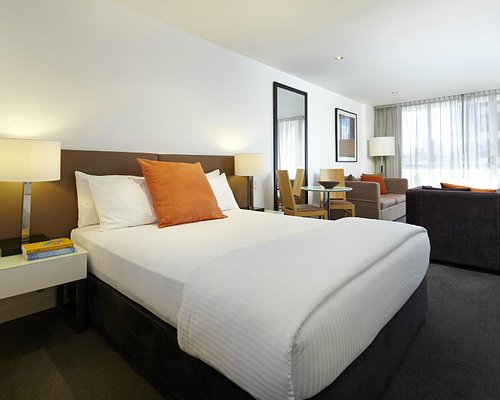 We stayed for a weekend and after a hiccup with the original room (air conditioning wasn't working we were relocated thanks to the help of the person on Reception, despite the fact that the venue was heavily booked. We ate breakfast each morning and these were also of good quality and freshly cooked

Thank you for taking the time to review Quality Suites Pioneer Sands.

I apologise for the hiccup on your arrival, however i am glad to hear you still enjoyed your stay with us.

Hopefully we will see you back here one day soon.

Report response as inappropriateThank you. We appreciate your input.
This response is the subjective opinion of the management representative and not of TripAdvisor LLC
Little_Happy_Camper
Sydney, Australia
12850
Reviewed 21 November 2018
Top welcome from staff

After a long day at work, it was such a wonderful experience to be greeted by Jenaya at the reception desk. Check-in was quick and painless which was a blessing.
It was lovely to be recognised as a return guest which is a simple but warming gesture.
Well done Jenaya, certainly an asset to the team at Pioneer Sands, your professionalism and bubbliness set you apart.

Thank you for taking the time to review our Hotel.

I am glad we reached your expectations during your last stay.

We look forward to seeing you back here next time.

Report response as inappropriateThank you. We appreciate your input.
This response is the subjective opinion of the management representative and not of TripAdvisor LLC
Cirkazjoe
Narrendera, Australia
3919
Reviewed 19 September 2018 via mobile
Lovely clean rooms

Lovey clean rooms, well pointed. Comfortable beds good shower. Very spacious, I would certainly recommend a stay here. Our family went to use the spa and it was being cleaned in the afternoon and were told they’d have to wait an hour only to find out in an hour it was nowhere near warm enough to use. We were looking for a hot breakfast and could only get continental, it was a weekday. Not sure if that’s why. Bit disappointed with that. Rooms are very good.

Thank you for your feedback! We endeavor to ensure all guests have a comfortable and enjoyable stay. We apologise for the inconvenience with the spa, we do our best to ensure as little interruption to our guests as possible. We hope to see you back here soon!

Report response as inappropriateThank you. We appreciate your input.
This response is the subjective opinion of the management representative and not of TripAdvisor LLC
KingsCross2011
Sydney, Australia
6725
Reviewed 6 August 2018
Ordinary lodgings (though spacious) with nice staff

A weekend stay in a two-bedroom apartment. Found dealing with the staff prior to arrival no problem, and in fact all the staff that I dealt with during my stay were all very pleasant and worthy of a four star rating.

Unfortunately in Australia ratings aren't done based on service, but on facilities and furnishings and it is here that the Quality Suites Pioneer Sands were a let down. Only one lift which was quite small. The carpet that greeted me on my floor looked somewhat stained and this lack of a decent carpet clean continued on into the apartment. I'm guessing the building is about eight years old, certainly the carpet seemed that old despite its industrial nature. Waiting for the lift later I noticed that there were marks and chips out of the door surrounds, something that someone with a small bottle of black paint could cover in a few minutes, and the fact that this had not been done recently was indicative of a lack of attention to detail on the part of management that appeared in various forms during my stay.

The apartment was spacious and functional, quite plainly furnished, no sign of luxury. Whilst the place looked clean, when I was in my stocking feet I noticed that I was treading on bits of ???? in areas that I'd not walked so there was no way they came off my shoes. I suspect that housekeeping vacuums where they can see debris, rather than making sure they cover the whole floor, and so bits camouflaged by the carpet design get missed. The lighting was stark, all or nothing in the lounge, lamps or central in the bedrooms, just central in the bathroom (nothing extra above the mirror), and no adjustments possible. The couch was of the hard-wearing variety though it was getting a few too many loose threads. Luggage stands (thank you). Ausstar tv had plenty of sports channels but no movie channels. I carry SIM cards for my phone with two of the three major telcos in Oz but it was only borderline reception, and though Quality Suites offers free wifi it was extremely slow (took twenty minutes to order pizza on-line!). The kitchen contained pretty much everything you'd want; the bathroom included basic amenity packs; and I was grateful for an iron and ironing board.

The bed mattress was quite harsh, which may suit some people, but the sheets were fine, albeit functional rather than luxurious. The towels were appropriate for a four star. Not sure whether the curtains were supposed to be blackout or not, certainly the material was, but the way they'd been hung meant that they didn't function as blackout curtains so light sleepers should bring eye masks. The tv in the bedroom had no glowing light at night which was nice, thank you, and quite rare in hotels. Light sleeping guests will also need ear plugs, I carry them, but they weren't good enough for this establishment as it's quite noisy. When you turn up during the day it seems secluded, but at night the fridge was noisy, the air conditioning unit was noisy (no way could you run that overnight), the trains on the rail line whistle or toot from about 3:30am onwards, early traffic can be heard (despite me being in a unit overlooking the inner courtyard rather than the road), my neighbours were noisy (as usual with hotels the walls might be thick but the doors and windows are quite thin) and there was a series of thumps from about 5am, and that inner courtyard that looked so nice during the day included birds who all seem to wake up and screech from about 4:30am. Obviously no double glazing on the windows!

The establishment has presumably had problems with sensitive fire alarms going off in the past as there are several warning notices about them. The tone of those notices are quite strident. There was a similar tone in the warning regarding minibar usage. Not sure whether this is a chain thing or just local management, but rather than saying "I'm sorry, but ...." a hectoring tone has been employed which I think is somewhat inappropriate for somewhere claiming to be a four star establishment.

Parking was adequate. The price that I paid was up scale (I've paid less for a five star city hotel) though my timing may have coincided with a conference booking which seems to be a house specialty. I am under the impression that the café that was supposed to trade all day actually closed after breakfast on Sunday, though I may be wrong, just couldn't see any life. The bar is quite pokey. The designated smoking area in basically the garden tables which unfortunately did not have ashtrays so cigarette butts line the garden which doesn't look the best. My experience is if you supply ash trays then smokers will use them, they'll only chuck their butts if there is nowhere obvious to dispose of them.

Overall, a rather average establishment with above-average staff. Wollongong has alternative hotels and apartments so I think I'll be staying elsewhere next visit.

Thank you for taking the time to review the Quality Suites Pioneer Sands. We are sorry that you didn't have a positive experience whilst staying with us. We strive to ensure all guests have a comfortable and enjoyable stay, therefore we will take into consideration your concerns and actively work the areas for improvement in which we can control.

Report response as inappropriateThank you. We appreciate your input.
This response is the subjective opinion of the management representative and not of TripAdvisor LLC
lizzie6757
Newcastle, Australia
1
Reviewed 21 July 2018
Friendly and helpful staff!!

Have been staying periodically at Wollongong for the last several years due to work at the university. Wish we had found this hotel earlier!! All staff we talked to were exceptionally helpful and friendly! Hotel is situated a little bit out of Wollongong however there is a free 10 min bus ride into the cbd or a cycle path/walking path in which finishes at the beach and kiosks etc.(40 min walk). Undercover car park with lift was very convenient, Will definitely stay here again!

Thank you Lizzie6757 for your review.

We appreciate your wonderful feedback. We are very happy to see you enjoyed your stay with us.

We look forward to welcoming you back here soon.

Report response as inappropriateThank you. We appreciate your input.
This response is the subjective opinion of the management representative and not of TripAdvisor LLC
View more reviews
PreviousNext
1234…
<script type='text/javascript' crossorigin='anonymous' async onerror='__scriptLoadError(this,true);' src='https://static.tacdn.com/assets/W3_c4H.c97