US$250
View deal
Booking.com
Travelocity
Orbitz.com
View all 14 deals
* Prices are provided by our partners, and reflect average nightly room rates, including taxes and fees that are fixed, known to our partners, and due at time of booking. Please see our partners for more details.
CastleX
4456

Unfortunately our first experience was being sent to the wrong room in a villa far from the centre.After this was rectified, our proper room was very well appointed and comfortable. We've visited Bad Kissingen before (during the Rakosky Fest) and so were not fazed by the old-fashioned traditional spa-like ambience in the Hotel, but to the uninitiated you could feel slightly out-of-place.
The Buffet Dinner was very good and is served in huge rooms with equally high ceilings.
The Pool-zone was nice and although all modernity seems an anathema, the slightly lost feeling you have in navigating the hotel adds to its' charm

Room tip: rooms above the reception desk
See all 129 reviews
Nearby Hotels 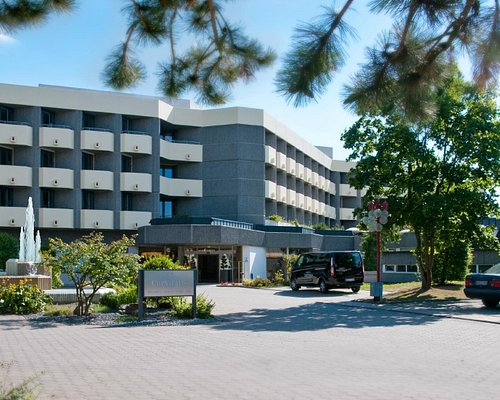 Hotels.com
View deal
Booking.com
US$200
FindHotel
US$165
Hurb
US$210
View all 15 deals from US$165
96 reviews
0.5 km from Hotel Kaiserhof Victoria
We compared the lowest prices from 15 websites 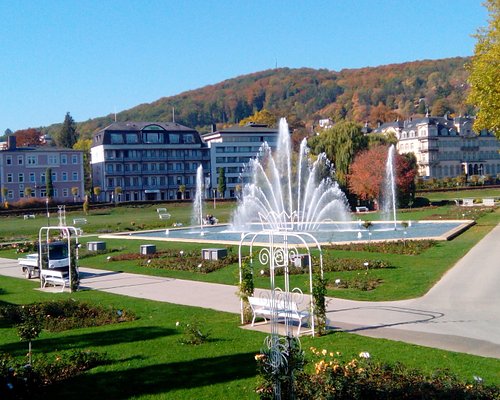 We stayed for 2 nights on our way down to italy. We enjoyed the nice pool. spa area and breakfast.

Our welcome was not good - we were met with no smiles or welcome from the slow staff, and when we finally got our key, there were only one double bed in our room - and we were 2 adults and 3 kids.

Some of the cleaning staff helped us - they were friendly and tried to solve it for us, and they walked with us to the reception and tried to explain the situation with no extra bed.

The reception told us that we got what we paid for and could get no more service/beds from the hotel. We had paid for 5 persons, and When we complained and asked to see the manager, all of the sudden a solution was found from the front desk. I hate it when u have to raise your voice, even when the cleaning people where standing next to us and saying that there was an error with beds in the room, - and despite this - still the unfriendly staff at the front desk decided to ignore our problem..:(

Other from that, the hotel itself is OK.

This review is the subjective opinion of a TripAdvisor member and not of TripAdvisor LLC
SallyandHarry
Melbourne, Vic
10257
Reviewed 17 July 2017
Large, Traditional but Friendly Hotel

We stayed here while at the Kissingen Sommer festival, for which it was extremely convenient. We got a great upgrade for nothing, which included a balcony overlooking the river promenade. Good range of choice for breakfast though be early if you want to sit in the conservatory. If like us you don't like buffet dinners, the tiny a la carte restaurant takes a bit of finding but is OK. Staff were helpful with a couple of problems. Strongly recommended if you want to sample the very typical experience, for people of a certain age, of a relaxing few days in a German spa town.

This review is the subjective opinion of a TripAdvisor member and not of TripAdvisor LLC
4PawNoMad
Zurich, Switzerland
13371
Reviewed 19 June 2017
Good rooms OK service mediocre dinner

We spent two nights at this property last wekend and had a mixed feeling about our stay. The Hotel is very well located and the lobby and various public areas are well maintained and charming. The breakfast and dinner rooms exude old world charm. However, though some of the staff are very helpful and friendly, this is not the case with some who we dealt with. The person seating us at dinner was very unfriendly and insisted that we sit in the most crowded and unpleasant location in the dinning room even though we had booked a deluxe room and there were several other tables available. She told us that this was how it was going to be and that this would be our table evry night! Also the breakfast was a good avaergae quality but the dinner was very mediocre and not what I would expect from a hotel claiming to be one of the best in the town. At check out I was over charged for my stay and had to point this out. At first it was looked at as my mistake till I showed the evidence to back my claim and the bill was then corrected.

Room tip: Book a deluxe room. They are very well rennovated and modern compared to the standard ones.
Ask 4PawNoMad about Hotel Kaiserhof Victoria
1  Thank 4PawNoMad

This review is the subjective opinion of a TripAdvisor member and not of TripAdvisor LLC
JC82010
Montgomery Village, Maryland
316155
Reviewed 29 May 2017
Here You're in Germany Country!

Room 105. Lots of lights, you could almost be on stage there are so many. Hand towels hanging beneath the sink low so they almost touch the floor. Safe in room, mini refrigerator too. Bath towels and bath robes for the pool provided in the room but no slippers. Square pillows, as in so many German hotels. Too big to be comfortable. Room had extra large balcony with two lounge chairs and two regular chairs and a table. Afternoon sun hit the room making the room very, very hot. Aiir-conditioning didn't work, asked for help at desk and they said we would have to wait till the next day when someone could help and this was around 7 PM. They finally figured out how to set the system so we could control it. Also could not turn on the towel warmer in the bathroom and were also told we would have to wait until the next day. They never did fix that. This was one of the most expensive rooms in the hotel and we were getting a lot of "no" responses. Later in the evening asked for extra bath towels and initially told not possible, it was too late. Eventually, they thought to bring us some towels from the pool area (pool towels are red, bath towels are white). TV at foot of bed and it fully rotates so you could sit in the furniture instead of in bed and watch TV. Toiletries provided except for cream rinse. Hairdryer provided. Lots of space to hang clothes not too many shelves for folded clothes. Toilet in a separate room from the shower room and has a small sink. The shower room has two sinks in it. I think we were the only Americans in the hotel. Actually, probably in the town. The American military left a few years ago and now the place is quite German. Our GPS had difficulty finding this hotel. We walked to it and got instructions for driving. Parking available in a garage for a fee. Frankly, the staff were not that friendly. This was a very German place, a health spa from the old world. Generally, the hotel and rooms were nicely updated. Pool was nicely warm but so was the air in the pool room. In fact, the air was stifling but that seemed to work to keep the parts of the body not in the water nicely warm too. Large breakfast buffet. Convenient to walks in downtown Bad Kissingen.

This review is the subjective opinion of a TripAdvisor member and not of TripAdvisor LLC
Ol2003 O
11
Reviewed 14 October 2016 via mobile
beautiful, good hotel stay with great location