US$110
US$90
View deal
Travelocity
Booking.com
getaroom.comUS$110
View all 16 deals
* Prices are provided by our partners, and reflect average nightly room rates, including taxes and fees that are fixed, known to our partners, and due at time of booking. Please see our partners for more details.
jphilt
Odense, Denmark
7727

I’ve spent many nights here on business trips.
Service is very good, restaurant is good and so is the bar.
Close to everything and a good restaurant just up the street.
Inexpensive and great breakfast buffet.More

We would like to thank you, especially you as a regular can best evaluate our service. We look forward to seeing you again, kind regards Mercure Hotel Schweinfurt

Report response as inappropriateThank you. We appreciate your input.
This response is the subjective opinion of the management representative and not of TripAdvisor LLC
See all 380 reviews
Nearby Hotels 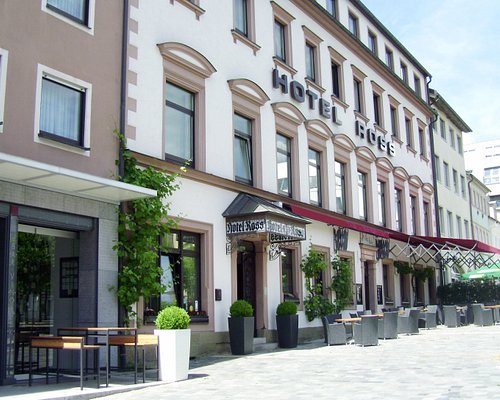 Hotel Am Alten Postplatz "Ross"
US$102
Tripadvisor
View deal
Booking.com
eDreams
US$101
Agoda.com
US$102
View all 7 deals from US$101
72 reviews
0.4 km from Mercure Hotel Schweinfurt Maininsel
We compared the lowest prices from 7 websites 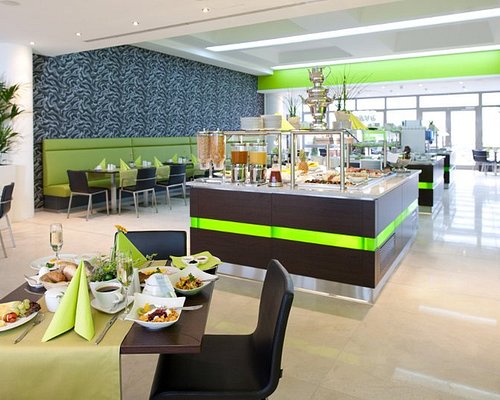 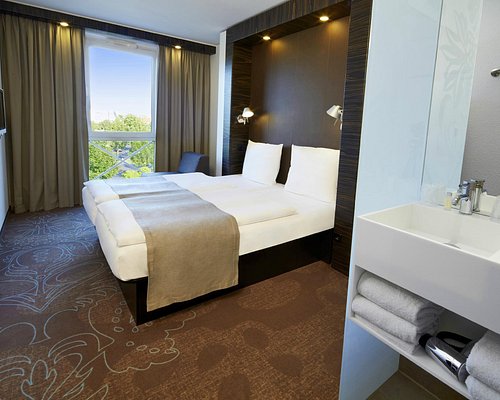 I stay here when I visit Schweinfurt on business trips, generally each month.

The hotel is in an ideal location for the city and the transport routes to the industrial areas so the commute is not an issue.

The hotel provides everything you'd expect of a business hotel at a reasonable price per night.

Thank you for keeping us loyal and we will see you again soon on the main island. The Mercure Schweinfurt Team

I have stayed at this hotel many times and it isn't consistent anymore. To begin with they have changed the room categorizations. Some rooms that used to be "standard" are now all of a sudden categorized as "superior" I was told by the front desk staff. Last visit I was given an "upgrade" from a superior room to a privilege room and I did not want it. The privileged rooms are not overlooking the Insel, which was the room location I requested in my reservation (on the Accor site). I was first given a privileged room overlooking an inner courtyard. And then I was given a privileged room that sort of looked over the river, but it faced the front entrance which was extremely noisy due to it being where everyone enters, leaves and goes out to smoke. As well, it is where all the deliveries seem to be made...at as early as 6am. I had a terrible time sleeping in that location. I am now not sure how to book a room there.The housekeeping service was hit and miss also. I had to call to have service to the room. I kept having to call for the "free" minibar to be restocked with water. And now to the restaurant. We were there with a large group of family for Sunday brunch. The Brunch was to be between 10am and 1pm. We arrived at 11:30. The food that was there was sparse and wasn't being filled up without being requested. The one item (Rote Gruze) was filled up and it was partially frozen fruit. The coffee in the pots was cold. The hot food was barely warm. I pointed it out to the staff and nothing was done. The Mercure Hotels have new "Wine Concept". The wines are extremely expensive in comparison to the prices in town for the same wines. I was in the bar with some local people who were appalled at the prices, as was I for having stayed there for years before this new "concept". There some redeeming qualities, as some of the staff are very pleasant, and the rooms are generally in good shape. The new internet is terrible. It used to be accessed by a username and password assigned at check-in. Now its free to everyone and it is so incredibly slow. After midnight it seems to completely go down. If you are from the eastern standard time zone, it is important to have good internet after midnight. I wonder how the many business travellers feel about having such terrible internet?

Review collected in partnership with Accorhotels.com
This business uses tools provided by Tripadvisor (or one of its official Review Collection Partners) to encourage and collect guest reviews, including this one.
Ask rkn25 about Mercure Hotel Schweinfurt Maininsel
1  Thank rkn25

This review is the subjective opinion of a TripAdvisor member and not of TripAdvisor LLC
Karel M
Blansko, Czech Republic
51
Reviewed 19 December 2017
Very good business hotel

Review collected in partnership with Accorhotels.com
This business uses tools provided by Tripadvisor (or one of its official Review Collection Partners) to encourage and collect guest reviews, including this one.
Ask Karel M about Mercure Hotel Schweinfurt Maininsel
Thank Karel M

Thank you so much for your fantastic review that you shared here at Tripadvisor. We hope to see you soon again. Kind regards The Mercure Team

Report response as inappropriateThank you. We appreciate your input.
This response is the subjective opinion of the management representative and not of TripAdvisor LLC
View more reviews
PreviousNext
1234…
<script ty