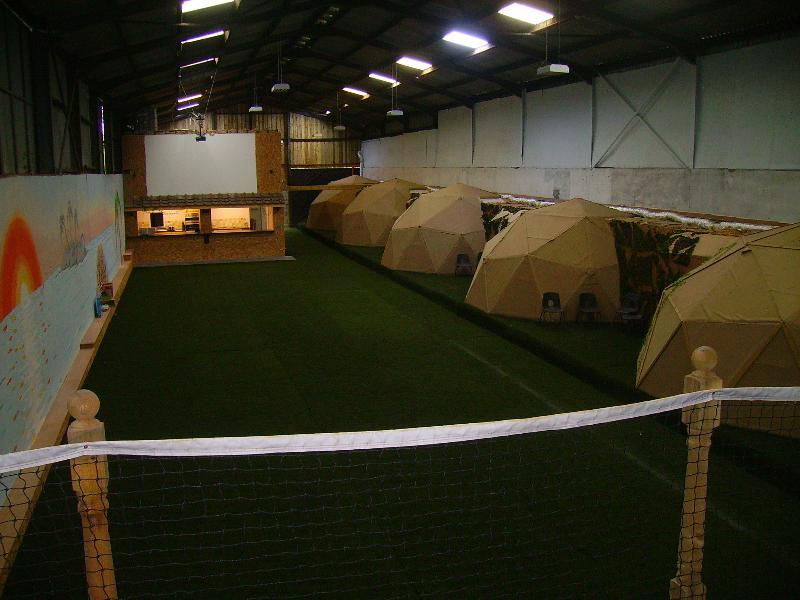 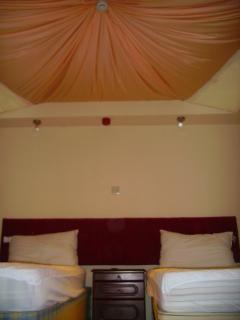 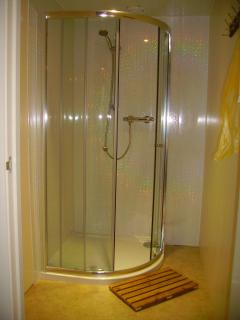 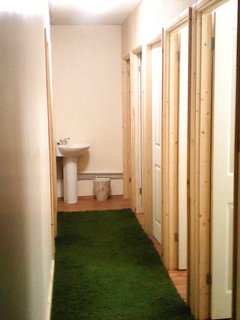 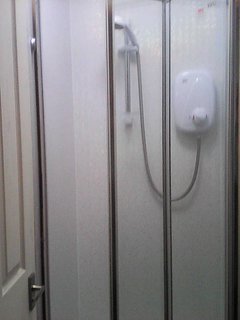 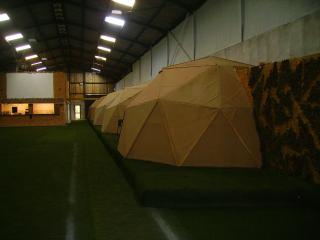 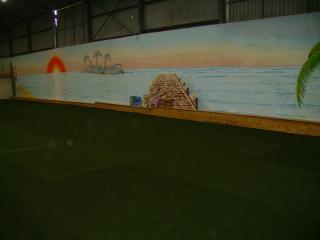 Excellent - based on 31 reviews
Write a Review

So a large group of 30 something friends and I booked for the barn for a New Year's Eve party with a difference. Something a break from the norm. And boy did it deliver on that front!

To begin with, the photos really don't do the place justice. It's huge. Essentially it's a massive converted cow shed, with 5 static tee-pee style pods, a fully functioning kitchen, lounge and dining room plus the biggest astroturf leisure area you're ever likely to see indoors!

Now, don't book this expecting a hotel. It's not a hotel. It's more akin to posh camping, or glamping, in my opinion and is all the better for it. Do not be deceived however as the sleeping pods are one of the many highlights. They each sleep four, with two proper single beds and two futon style beds in each. They also have a private toilet and shower in each pod too. These are all brand new and finished to a way higher standard than any of our group were expecting! Plus they have really cool coloured ambient lighting which was a really nice touch. Proper bedding, and you can expect a proper nights sleep.

The kitchen is also great, and very well stocked with everything you could want. The dining area adjacent would comfortably seat 20-30 if required and also houses a sound system and TV. There is another TV in the lounge / snug which also has a giant stack of beanbags on which you can all chill out.

The main area is simply superb. All sorts of games are provided; from pool and table tennis to jenga, badminton, boules and even a massive projector television. You won't be bored staying here! We stayed 3 nights and didn't leave once!

The service offered by Derek was also second to none. Nothing was too much trouble. One word of warning was that as this was originally a barn the main area gets cold (although it was December when we went!) so layer up. That said, the kitchen, dining area, snug and pods were all toasty so it wasn't a problem for us.

I'd thoroughly recommend this to for any large group event such as a stag or hen, or for several families wanted a group trip away. It's totally different to anything you've ever seen before, and all the better for it. Keep up the good work Derek, you total legend.

Date of stay: December 2015
Liked best: The huge space, the cosy sleeping pods
Liked least: Nothing, it was awesome!
Travelling group: Friends
Would you recommend this hotel to a friend?   Yes.
Recommended for:
Was this review helpful? Yes
This review is the subjective opinion of a TripAdvisor member and not of TripAdvisor LLC
Cheers Guys
Nothing would ever be too much trouble for a group like you.
Many thanks for the awesome feedback
Look forward to seeing you again Soooooon!
This response is the subjective opinion of the management representative and not of TripAdvisor LLC
Problem with this review? Thank you. We appreciate your input.

It was great experience staying in the Lane Burton Leisure Barn. This place is ideal for a large group. Lot of activities for kids and grown ups like TT, badminton, volley ball, pool, etc. If you book the whole barn (with large group) you have the whole area for yourself and it's very secure. Loved the nearby areas and there are a lot of amazing places to visit within close proximity.
The rooms are cozy and the kitchen is well equipped.

Date of stay: December 2015
Liked best: The number of activities such as TT, badminton, Volley ball, etc.
Liked least: lack of storage for clothes in the rooms
Travelling group: Friends
Would you recommend this hotel to a friend?   Yes.
Recommended for:
Was this review helpful? Yes
This review is the subjective opinion of a TripAdvisor member and not of TripAdvisor LLC
Problem with this review? Thank you. We appreciate your input.

Just come back from celebrating our friends 40th birthday. It was a mixture of adults
and children. It is a fantastic and quirky place with loads to do! The children never got bored with all the space and games. The adults had lots of fun too with plenty of food and drink. The sleeping pod are lovely and done out very well. The place is fully equipped, and has everything you need! Great facilities. Definitely recommend it for any large parties looking for something different and fun.

Date of stay: November 2015
Was this review helpful? Yes
This review is the subjective opinion of a TripAdvisor member and not of TripAdvisor LLC
Problem with this review? Thank you. We appreciate your input.

What a unique place - caters for big groups wanting a good time, including children. The barn is unlike anywhere else we had ever stayed. At the same time as being quirky it was wonderfully comfortable with brilliant little touches that kept suprising us. The hosts were absolutely amazing! You would be hard pressed to find people so considerate and welcoming.... a treasure of a place.

Date of stay: October 2015
Travelling group: Large Group
Would you recommend this hotel to a friend?   Yes.
Was this review helpful? Yes
This review is the subjective opinion of a TripAdvisor member and not of TripAdvisor LLC
Thanks Emily, look forward to seeing you again sometime.
This response is the subjective opinion of the management representative and not of TripAdvisor LLC
Problem with this review? Thank you. We appreciate your input.

4 helpful votes
“A weekend unlike any other!”
Reviewed 20 October 2015 for a stay in October 2015
1
person found this review helpful

I spent my birthday weekend (and hen do!) at the leisure barn and can honestly say it was one of the most unforgettable weekends of my life- for all the right reasons! As it was a surprise arranged by my sister and friends, I had no idea what to expect when I pulled up to a farm and massive barn, then when i enterred the doors i was transported to every child-at-heart adults dream! Even if I had been in on the secret, it's so unique I don't think I'd have been able to predict what an amazing time we would have. The converted barn, filled with astroturf and eco-pod living spaces is so utterly different to anything else on the market it HAS to be seen to be believed! We played hours and hours of badminton, table tennis, giant jenga, boules (all provided by the venue) and could have stayed for a week! In the evening, the mountain of beanbags (also provided!!) allowed us to make a bed big enough for 20 and all snuggle in together and watch hours of movies. I would say that it can get very cold, so bring layers, or cuddle up like we did with a hot chocolate! We had two completely different nights in the barn- one full of childish antics and one very relaxed pamper sesh. It's hard to know which one I preferred!! In terms of facilities, it was faultless- we could even run multiple showers at once without losing hot water or water pressure and the beds were comfier than most of us were used to! I sincerely hope this place stays a little secret escape as long as possible, so we can keep coming back without it being completely booked up! Thanks Derek and family for a hen weekend I will cherish for the rest of my life!

Date of stay: October 2015
Travelling group: Friends
Would you recommend this hotel to a friend?   Yes.
Was this review helpful? Yes
This review is the subjective opinion of a TripAdvisor member and not of TripAdvisor LLC
Oh Soooooo glad you had the time of your life.
Wishing you all the luck in your new life.
This response is the subjective opinion of the management representative and not of TripAdvisor LLC
Problem with this review? Thank you. We appreciate your input.
Previous Next
1 … 3 4 5 6 7
Updating list...
Do you own a holiday rental? List it here.

Looking for a place to stay in Woolsery?
View all 14 holiday rentals