US$47
US$46
View deal
Orbitz.com
Booking.comUS$47
Expedia.comUS$47
View all 12 deals
* Prices are provided by our partners, and reflect average nightly room rates, including taxes and fees that are fixed, known to our partners, and due at time of booking. Please see our partners for more details.
karda2019
Berlin, Germany
5246

We booked the hotel just to sleep there. It was quite cheap, the room looked amazing, clean, the bed was very comfortable. They offered breakfast also but we chose to go out and find something in the city. Was also a better idea. It was a very good experience!

Trip type: Travelled with friends
See all 206 reviews
Nearby Hotels 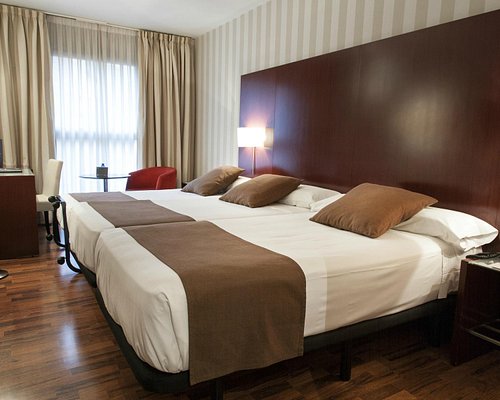 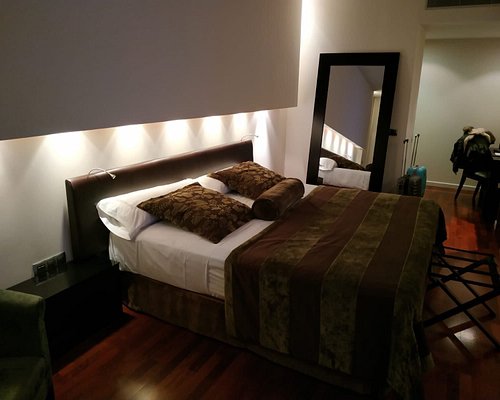 Expedia.com
View deal
Booking.com
Lol.travel
US$141
Priceline
US$159
View all 15 deals from US$141
690 reviews
9.1 km from Hotel Ramon Berenguer IV
We compared the lowest prices from 15 websites

Expedia.com
View deal
Hotels.com
Trip.com
US$72
Prestigia.com
US$87
View all 12 deals from US$72
380 reviews
0.3 km from Hotel Ramon Berenguer IV

I am here for 3 nights on business and was shocked to find that no breakfast was available because the girl had not turned up for work. In my opinion if this is the case then the manager should have provided the service. The receptionist was as helpful as possible and gave me coffee and a packaged croissant, which was not good quality and made me wonder about the standard of breakfast available normally.
The room is OK but the walls are thin and it can be noisy.
OK for a pitstop and the location is good for the station. Rather dated but comfortable enough. However the management needs a good shake up.

This review is the subjective opinion of a TripAdvisor member and not of TripAdvisor LLC
friendly76
Billinge, United Kingdom
2019
Reviewed 9 October 2017
Dated hotel, hot in the summer

Stayed for one night, we asked to change rooms twice, we booked a double and was confirmed, when we arrived they said they only had twin rooms left.

the hotel itself, is an old building that was very nice once upon a time, its decor is now dated but adequate for short trips, there is no bar in the hotel, only a very small dining room for breakfast. The rooms we were shown didn't have air con and were very hot in the summer, the second room was onto a courtyard where the extractors were for the hotel heating and kitchens.

nearby there are bars and restaurants, so no issues with refuelling with food and drink.

This review is the subjective opinion of a TripAdvisor member and not of TripAdvisor LLC
Mike L
Huddersfield
849372
Reviewed 19 August 2017
Its want you want in Leida a coolish safe, clean refuge

super convenient for the railway station this is very much a no fuss establishment- the receptionist could have been a bit happier but that's about it. Not quite sure what happens with the air conditioning? It was cool when I booked in , then warmed up but thankfully chilled for the night. One of the best things about Lleida?

This review is the subjective opinion of a TripAdvisor member and not of TripAdvisor LLC
WarrenP165
Stanwood, Washington
11852
Reviewed 24 March 2017 via mobile
Fine hotel, inexpensive. Location?

The hotel was fine and the location was central but a bit sketchy for us. The room was clean and large, however we did not have hot water to shower in the evening, it was back on in the morning. Parking was right on the hotel grounds which was convenient. We stated to walk from the hotel for dinner but were uncomfortable with the neighborhood so decide to bail back to the hotel and eat in our room. We choose this hotel as a stop off on our way back to Barcelona for an early morning flight and it was convenient for that.

This review is the subjective opinion of a TripAdvisor member and not of TripAdvisor LLC
wendysE8462PV
Dessel, Belgium
2713
Reviewed 30 December 2016 via mobile
Well located, good price and good beds

Situated next to the train station and within meters of a bus stop and the main shopping street. With parking (not included in price but cheap), decent beds, clean and tidy. Maybe a little bit outdated but without looking shabby.