StayForLong
Agoda.com
ZenHotels.com
* Prices are provided by our partners, and reflect average nightly room rates, including taxes and fees that are fixed, known to our partners, and due at time of booking. Please see our partners for more details.
L8rry
Wales, United Kingdom
2834

Booked this hotel for 3 nights to stay locally for the Boxing. Was a perfect place to stay as not to far to the Arena and the 'town'. Found a few local bars to keep us occupied in the evenings. Very friendly owner who looked after us.

See all 54 reviews
Nearby Hotels 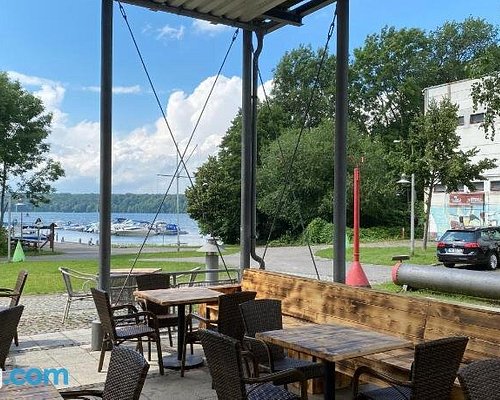 Hafenstunde
US$105
Tripadvisor
View deal
Booking.com
Agoda.com
US$105
0 reviews
1.9 km from Landhotel Broda
We compared the lowest prices from 3 websites 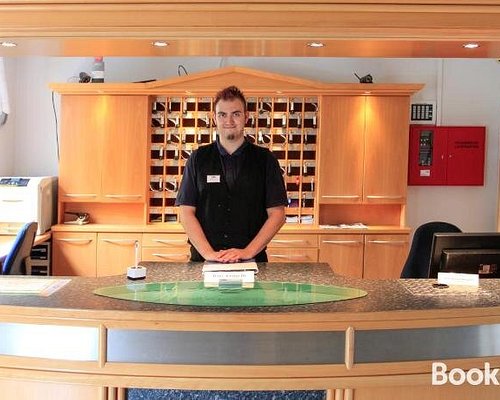 Supper looked good too but we didn't try.

Location is a little out of the town centre but free parking makes up for it.

This review is the subjective opinion of a TripAdvisor member and not of TripAdvisor LLC
dutchfarmeress
Zyfflich, Germany
17971
Reviewed 21 September 2016
Very good value for money

I phones upfront to confirm late arrival. The reception was closed, but there is a very good system for getting your key in place. I was surprised at my room, it was very spacious. The bathroom was good, with a shower. It would be even nicer if the shower curtain was replaced with glass walls/door.
Excellent breakfast, eggs are made to your liking on demand. Very friendly, small family hotel. Would stay again.

This review is the subjective opinion of a TripAdvisor member and not of TripAdvisor LLC
melpomene2043
Kiryat Tivon, Israel
4614
Reviewed 5 September 2016
Quiet, clean, large room

Close to Neubrandenburg but not too close, let us have a kettle and tea in the room when one of us had a sore throat, restaurant in the hotel open even for only two people, excellent breakfast, free wifi, a masseuses will come in the evening and the reception desk will make the reservation for you. Kind of far away from the airport in Berlin but you can't have everything.

A wonderful cosy Hotel, polite friendly Service with a personal touch. The Continental breakfasst was wonderful with fresh rolls daily.
The Tollensesee is a few minuets walk and has a wonderful atmosphere, with well laid out cycle paths and nature walks.

This review is the subjective opinion of a TripAdvisor member and not of TripAdvisor LLC
Frunobulax
Berlin, Germany
3548
Reviewed 31 August 2008
Unprofessional staff

Hotel in a quiet suburb of Neubrandenburg, 1-2km from the city center. Rooms were clean, spacious, all rooms are wheelchair friendly and have WLAN.

The problem was the staff - they didn't seem to know the whereabouts and how to treat guests in a 3-star hotel. We were greeted by a clerk who told us that he doesn't usually work in the hotel and that he would leave at 8 p.m. - seems we were lucky that we didn't have any problems or request when we returned from our city tour in the evening, because there was nobody at the reception desk and the restaurant was closed this evening.

During breakfast (which was OK) people had to ask for refills of several basic things (like juice, yoghurt and such), because the staff was chatting (loudly) among themselves instead of watching the buffet.

Upon checkout we learned that our booking included a complimentary bottle of water - which we did find in the room, with a price tag attached. (We weren't allowed to take it away either.)